Bodies of two men found after canoe capsizes in Yorktown

A family member says three men had gone out on the water when their canoe flipped over. One of the men made it back to shore, but two never did. 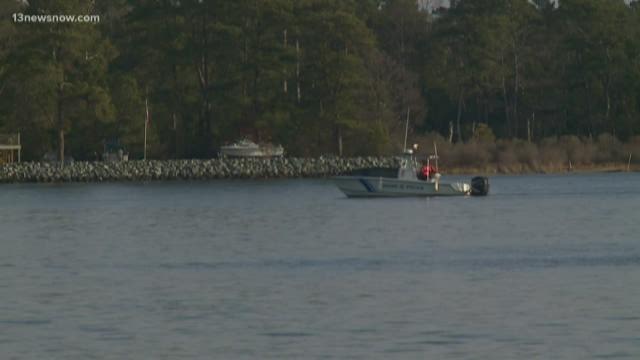 YORKTOWN, Va. — The search has ended for the two people whose canoe flipped near the Dare Marina in Yorktown. The York County Fire Department said both bodies have been found Monday around 5 p.m. off the shore near Jennings Drive in the Dare area of York County.

The investigation is under the authority of the Virginia Marine Resources Commission and is currently ongoing.

“We extend our deepest condolences to all of those family members and friends who are affected during this difficult time,” said Capt. Kevin M. Carroll, commander of Sector Virginia. “We always try to impress the importance of safety equipment, even something as simple as wearing a life jacket, so that we can help assist you.”

A family member confirms three men had gone out on the water when their canoe capsized. One of the men was able to make it back to shore and call for help.

Several different emergency agencies were called to assist. A police drone and Coast Guard helicopters also helped in the search.

The family member said the men had gone out on the water to celebrate a birthday at the time, and they are good swimmers who know the area well.

“Obviously the water temperature is extremely cold. The air temperature is cold. So, you know, getting locating those victims is critical in cold weather like this,” Kopczynski told 13News Now while the search was still ongoing.

As sunlight warmed up the temperature, the Coast Guard helicopter continued to circle and more than five boats searched the water. The abandoned canoe was found shortly before 8 a.m. on Monday and Marine Police towed it back to the marina.

Later, the Coast Guard’s Sector Commander asked people in the community to join in the search, by checking around their homes.

There was a 23-year-old survivor. The third canoer was taken to a nearby hospital and is out now, helping first responders search for his friends. His family told 13News Now he made it to Jennings Drive from the capsized canoe and knocked on neighbors' doors.

RELATED: Coast Guard: Boaters beware, that cold water can be a killer

During the latest update, Corolla also said no one wore a life vest while on the canoe.

RELATED: VERIFY: Yes, wearing cotton clothing in the cold can increase your odds of developing hypothermia