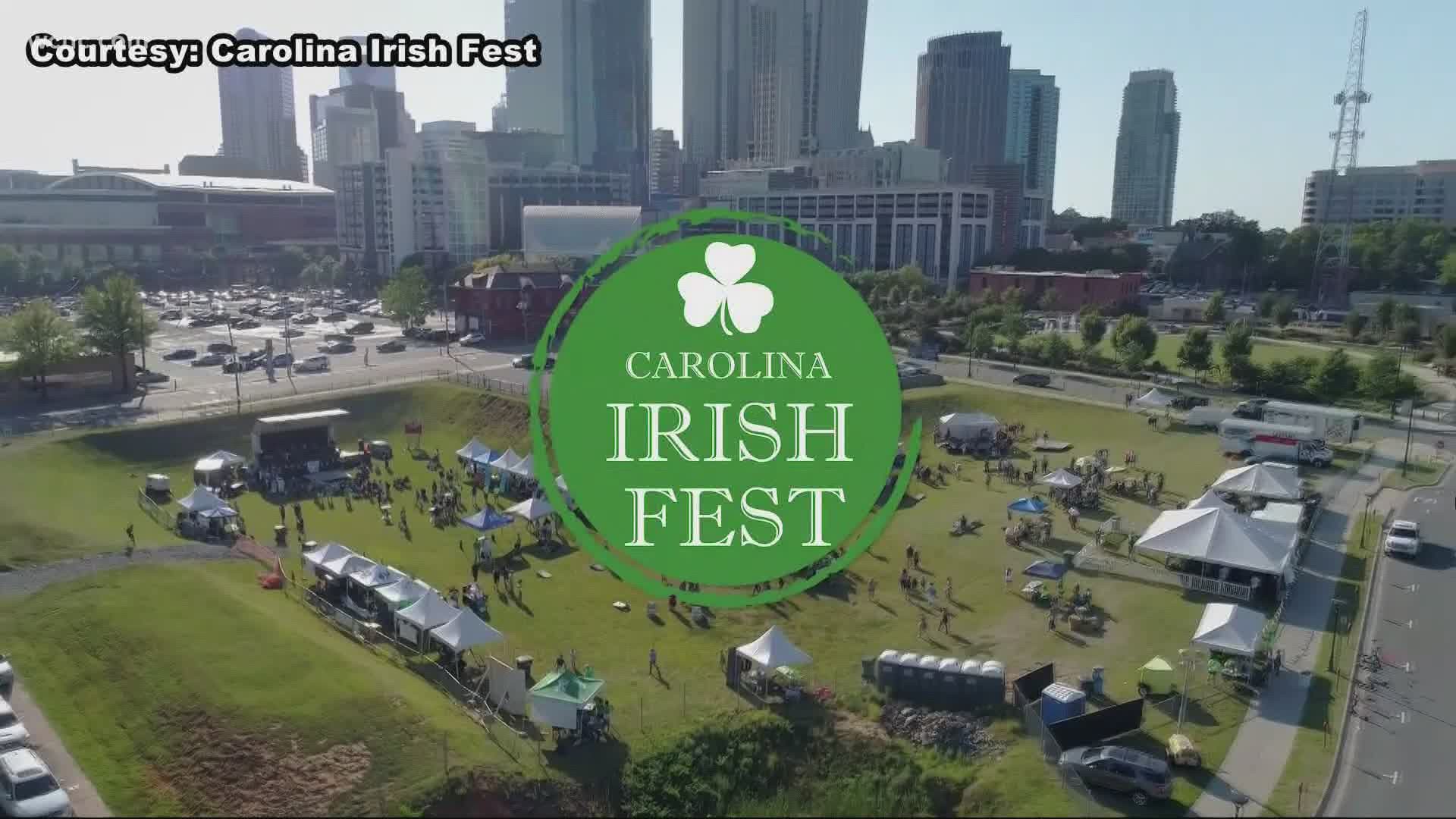 CHARLOTTE, N.C. — Even as COVID-19 case numbers start to drop and the vaccine is being distributed, many large events are still being canceled, postponed, or moved online in 2021.

The Carolina Irish Fest is one of those events that will be hosted virtually for the first time this year, with a live-streamed “Shenanigans and Shamrocks” event on YouTube.

The Carolina Irish Fest was canceled in 2020 amid the pandemic.

"2020 was a long year for a lot of reasons, and no Irish Festival in Charlotte was one of those reasons,” Kevin Tobin, host of the virtual Carolina Irish Fest, said.

The Carolina Irish Fest previously drew a crowd of thousands with performers, food, and dancing.

Even though the event can’t be held in the same way this year, Tobin said organizers didn’t want to let another year pass without celebrating Irish culture.

"When you add up everything that's happened during this pandemic, that's been the thing is that people found ways to persevere, found ways to stay existing, found ways to keep their cause alive or their identity alive,” Tobin said.

The live-streamed event will be held at 7:30 p.m. EST on March 13 on YouTube. It will feature Irish traditions of music, dance, story-telling, and more, with musicians and dancers from around the world and fireside chats with cultural figures.

Funds raised from the event will support the development of an Irish cultural center.

Tobin said Jeff Bennett, co-founder of Rich & Bennett, which puts on Charlotte’s St. Patrick’s Day Pub Crawl, was a huge supporter of the Carolina Irish Fest. Tobin said Bennett died in December 2020, and the entire virtual event will be dedicated to Bennett and done in his memory.

While this year’s festival will be different, Tobin said he is hopeful the Carolina Irish Fest will be back in-person and better than ever in 2022. To RSVP to this year's virtual event, click here.

"The Carolina Irish Festival is not going anywhere,” Tobin said. “It's getting bigger."