Ryan Suleski is accused of taking part in the deadly insurrection at the U.S. Capitol on Jan. 6. His arrest is one of several in the Hampton Roads area. 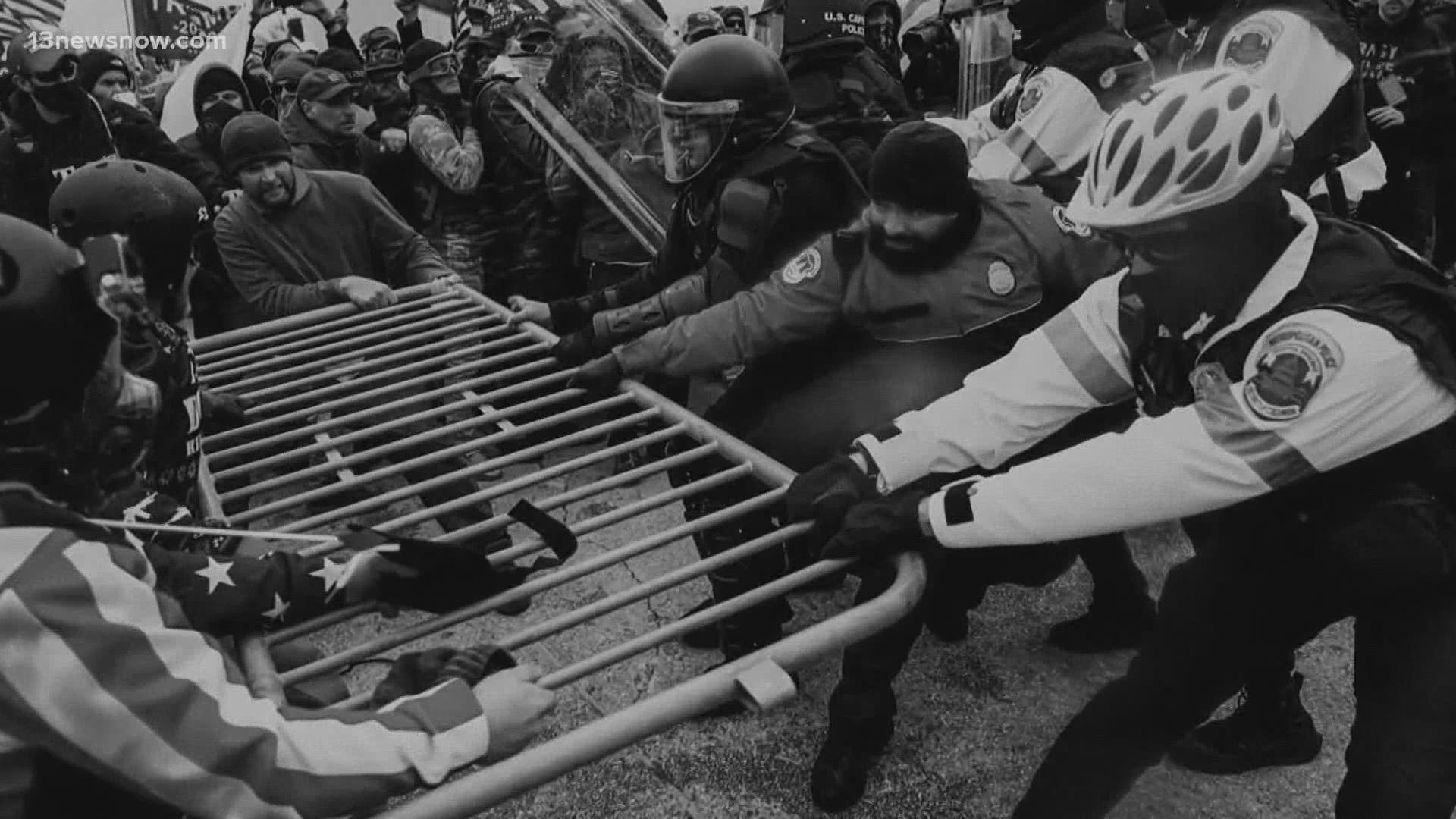 CHESAPEAKE, Va. — Another person from the Hampton Roads area was arrested for his alleged role in the deadly siege and insurrection at the U.S. Capitol in January.

A criminal complaint states that Ryan Suleski was arrested in March for taking part in the riot on Jan. 6.

Investigators first caught wind of Suleski's involvement on social media after a tipster texted them a link to a TikTok profile. A user named "Mustafas_Pride" posted a video showing Suleski talking about the Capitol riots just four days after they happened. That same video was also posted on YouTube by another user.

In that video, Suleski admitted he was in the first wave of people to breach the building. He also said he got tear-gassed and was hit by some rubber bullets.

Both the TikTok and YouTube users criticized Suleski's actions. On Jan. 13, someone else tipped off the FBI after seeing a photo of Suleski on the Metropolitan Police Department's website that appears to be a screenshot showing Suleski in the crowd of rioters on Capitol grounds.

That tipster also alleged that they heard from a relative that Suleski admitted he had been inside the Capitol where he stole mail.

Investigators followed up with Suleski where he confirmed that he was inside the Capitol building on Jan. 6 but claimed he left when he was told to do so. He stated that he was in the building for all of two minutes. He also said he didn't steal any property.

Court documents go on to say that authorities ended up finding a new account associated with Suleski where they found a video of Suleski being interviewed by a BBC reporter at the Capitol on Jan. 6.

Credit: U.S. District Court for the District of Columbia

After reviewing some surveillance video, investigators saw a man who looked like Suleski inside the Capitol building. The person they saw had the same build and was wearing the same clothing that Suleski wore in the interview.

Surveillance images also show Suleski pick up and take some papers that were laying outside of an office.

Suleski's arrest marks one of several in the Hampton Roads area that is connected to the riot. He's set to make a court appearance for a preliminary hearing on June 6. Others who were previously arrested face the same charges as Suleski.

Read the full criminal complaint on the investigation into Suleski below: