"I don't know what they're thinking, I just don't want to stay and risk the flooding." 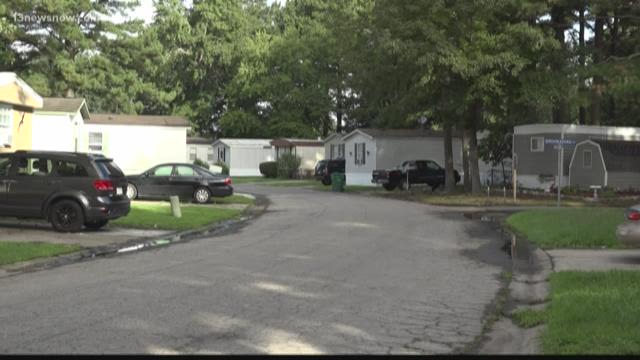 CHESAPEAKE, Va. (WVEC) — It's been one day since residents in mobile homes around Chesapeake were asked to evacuate.

RELATED: How to prepare for hurricanes

Even though Hurricane Florence looks like it might stay further south for now officials for the city of Chesapeake want to remind you to listen.

Hurricanes can be tough to forecast and that's why 13News Now was surprised to find so many people still at mobile home parks across Chesapeake.

Now just one day after the announcement went into effect, mobile home park resident, Carlos Barreto said he sees many of his neighbors didn't listen.

Even though he’s worried about his own home being flooded, what scares him even more, is the thought of kids trying to stick out the storm.

"My neighbor, if you talk with him, he has eight or more kids inside his house. Little ones,” said Barreto.

Jeanne Groves lives in a mobile home as well. She is almost speechless at the thought of staying. So, she's driving North Virginia today.

"I don't know what they're thinking, I just don't want to stay and risk the flooding,” said Groves. "The ground's already saturated, so what's going to happen after the storm?"

Further down the road, we found more people in mobile homes who showed us how bad the flooding gets with only a rain storm, but haven't made a decision to leave.

Barreto said neighbors come up with all kinds of reasons to stay, like money or work, but he said he's protecting his home with spare water and food and a little wishful thinking.

"Pray to God, who watches us, you know,” said Barreto.

RELATED: Southwest Airlines cancels flights to and from Norfolk Int'l Airport ahead of Florence

If you need to evacuate your home or just need a more secure place to ride out the storm there are places to go.

Local schools and city facilities are opening across Hampton roads to act as emergency shelters.

Later this evening, Chesapeake is opening the doors on shelters in the city.