A cargo ship crew member called the Coast Guard after a man was found injured and semi-conscious on the ship. 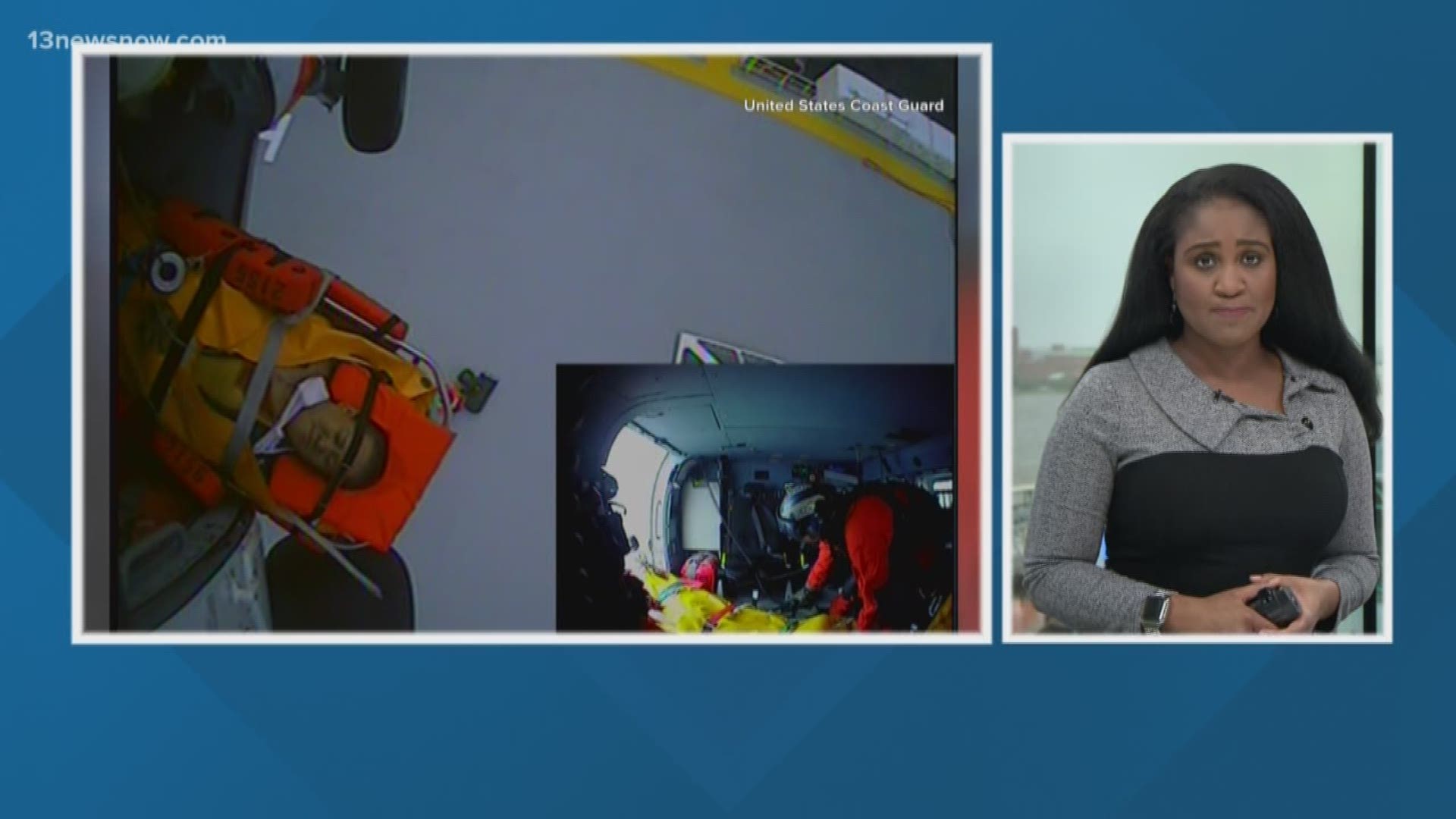 ELIZABETH CITY, N.C. — A helicopter aircrew rescued a man in need of hospital treatment off a cargo ship not farm from Hatteras Island on Tuesday.

The Coast Guard released video of the rescue. Someone aboard the cargo ship alerted USCG officials that one of their crewmembers was found semi-conscious and lying on the deck near a lathe he was operating.

An MH-60 Jayhawk helicopter aircrew was dispatched about 20 miles south of Hatteras Island to medevac the man off the ship.

He was taken to Greenville Pitt Memorial Hospital in Greenville.

You can watch video of the rescue below: 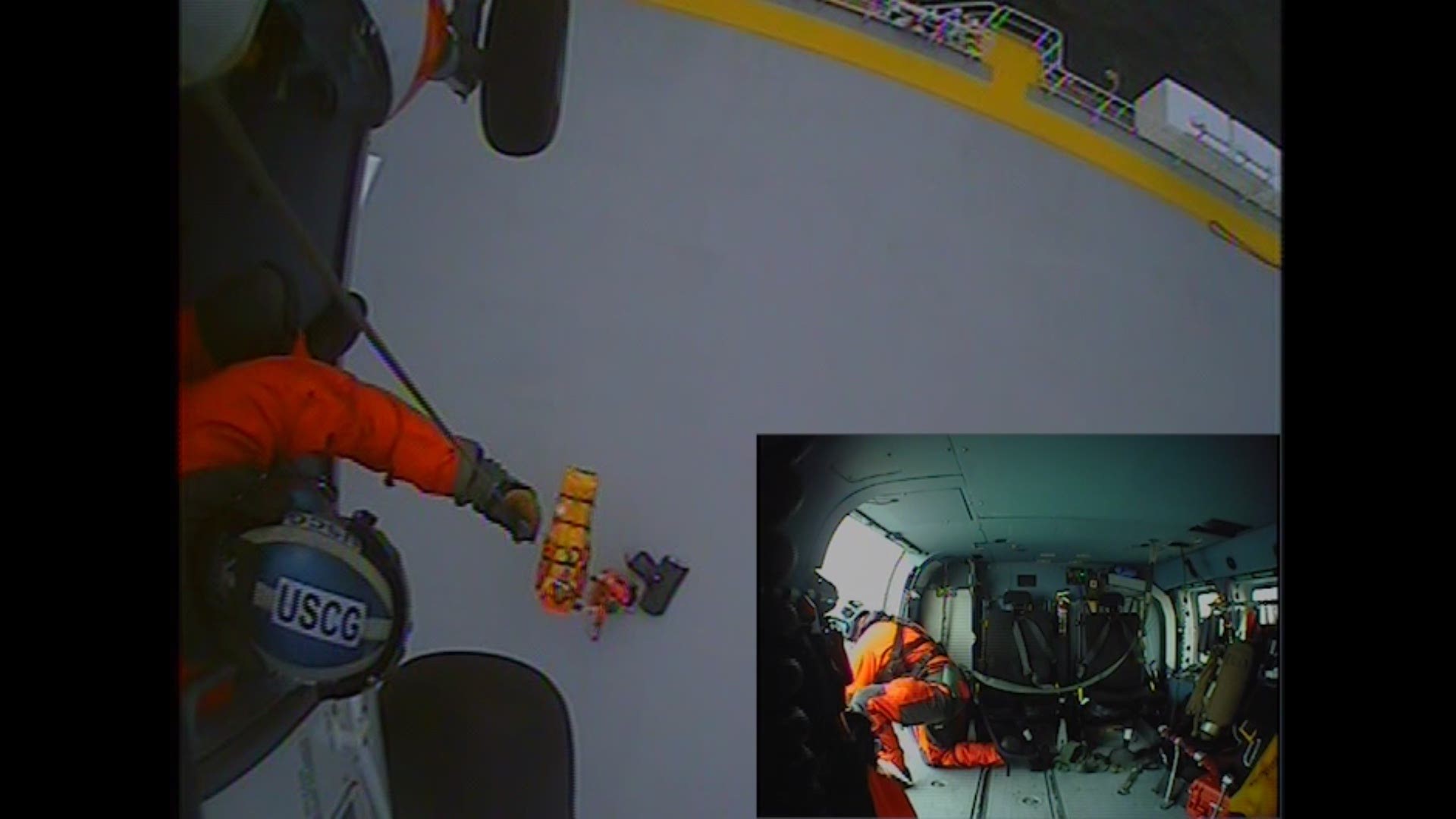