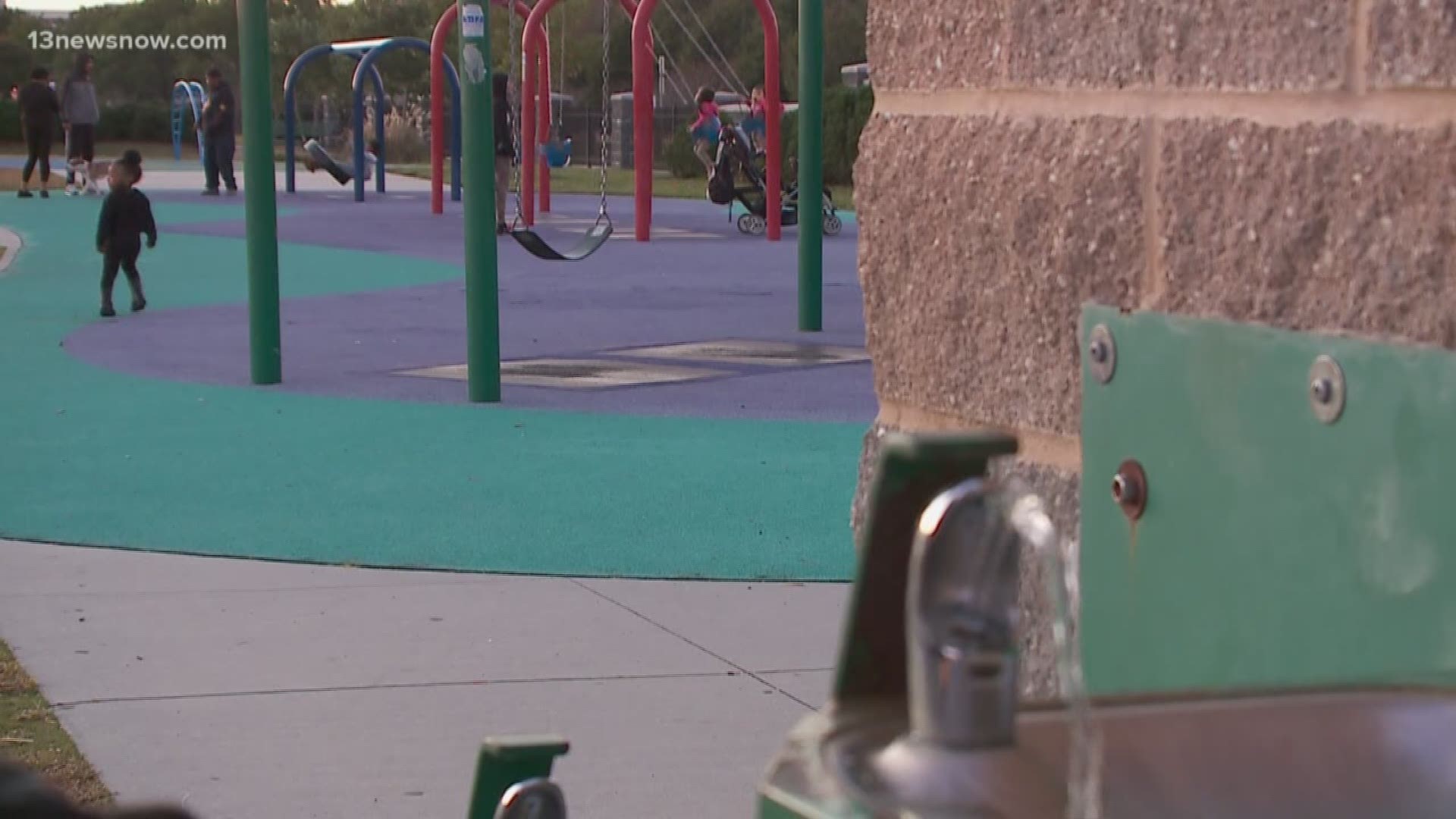 WASHINGTON — Congresswoman Elaine Letter on Wednesday afternoon sent a letter to top education and city officials in Virginia Beach regarding lead found in drinking water in local schools, the delay in notifying the public, and the distribution of information that may have created a false sense of safety.

“No one has been or remains more concerned about the presence of lead in the drinking water within some of our schools than I am. Within five hours of my being aware of these test results, our facilities team began working and has been working overtime ever since to secure, remediate and retest sites that returned lead levels exceeding EPA guidelines. Once senior leadership had knowledge of water issues, the most accurate and comprehensive information was relayed to the public in the timeliest manner possible. Delivering that information piecemeal without any context or medical guidance would have been, quite frankly, irresponsible.”

Luria's letter was in response to the school system showing that at least 70 instances of high levels of lead were found at local schools. It also highlighted the lapse in the time, about seven weeks, between the school system learning of the elevated lead levels and public disclosure of that information.

“This collaboration has proven invaluable as we endeavor to best serve our students, faculty, and families,” said Chief Operations Officer Jack Freeman. “We would like to invite the congresswoman into this partnership and welcome her guidance and perspective as we explore the lessons learned. We intend to develop a water testing program that can serve as a model for schools across the state.”

Congresswoman Luria expresses her concern about information on the VBCPS website indicating that “it is important to note that the Environmental Protection Agency actionable level of 15 ppb [parts per billion] of lead in water is markedly below levels that would pose a risk to children.”

She said in fact, a 2016 report from the American Academy of Pediatrics recommends that water fountains in schools have lead levels below 1 ppb.

In the letter, Congresswoman Luria asks if VBCPS will provide voluntary blood testing for lead concentration to all children, faculty, and staff attending any affected schools. She also asks if the school system will commit to notifying these groups and the public within 24 hours of any new finding.

View the letter below:

Congresswoman Luria asked Superintendent Spence for a written response by December 6. She also asked that school officials provide public access to the raw data of the lead testing by Dec. 13.

“Of course the congresswoman has every right to ask questions on behalf of her constituents, but to suggest VBCPS is not always working on behalf of its students and staff is troubling. Given the lack of legislative guidance around water testing in schools, we took the initiative to develop a testing protocol and have done our best to safeguard the health and safety of students and staff with little to no direction, funding or support. Although the school division does not have a duty to report according to any policy or legislation around this issue, our superintendent believed it to be the right thing to do in notifying our families. We have set an example for the Hampton Roads area regarding our transparency around this issue, and the congresswoman criticizes us for that very thing.”

The concentration, expressed in parts per billion, of lead found at each VBCPS drinking or food prep site identified as above the EPA actionable level of 15 parts per billion are on our site.

2. What caused the delay between the “mid-September” date when the first results indicating elevated lead were found and October 25, when senior staff were notified?

When senior staff was notified on October 25, remediation efforts began within five hours, and the focus remains on our current and future testing process. We have engaged a consulting firm to conduct an independent after-action review and we will share the findings of that study once they are available.

3. Why was the public notified on November 6 when senior staff were notified on October 25?

For a topic this important, it was imperative that we communicate the most accurate and thorough information to all constituents. That meant consulting with the Virginia Department of Health and Virginia Beach Public Utilities for their guidance, assembling a central location for the information and setting up a call center for the community in case they had additional questions after receiving our initial communication.

4. Why did VBCPS fail to initially identify nine sites tested during the summer of 2019 as having elevated lead levels?

When the contractor who performed the testing reviewed their field notes, they realized that those sites had initially been misidentified. As soon as they made us aware, we notified the affected schools.

5. On what basis do you claim that the level of lead found in the VBCPS system is “markedly below” levels that could pose a threat to children?

VBCPS worked in partnership with the Virginia Beach Department of Public Health, The University of Virginia’s Clinical Toxicology Program and Virginia Beach Public Utilities to provide information to families via letter and on our website. This language was suggested by multiple medical practitioners with expertise in this area. According to the Virginia Department of Health, there have only been three reported cases of elevated blood lead levels in children in 2019, none of whom were school-aged. Also, none were water-related.

6. Will VBCPS provide voluntary blood testing for lead concentration to all children, faculty, and staff attending any affected schools?

7. If elevated levels of lead are found at any VBCPS school site going forward, how quickly can parents, faculty, and staff expect to be notified? Will you commit to notifying these groups and the public within 24 hours of any new finding?

Any water source with actionable lead level test results will be secured immediately. VBCPS is committed to sharing accessible, thorough and accurate information. We are working in partnership with the Virginia Department of Health and Virginia Beach Public Utilities to complete all water testing and report the results in a comprehensive and timely manner. For example, as soon as we became aware of the issue with the contractor data mentioned in item 4, we notified affected schools and families. We also believe the state law associated with testing public school water for lead needs to be more specific. Administration will work with our local delegation in the General Assembly to advocate for this change. In the absence of clear legislative guidance at both the state and national levels, we have worked collaboratively with local experts to make certain we are taking appropriate steps with the information we have. We will continue to take every reasonable precaution to safeguard the health of our students and staff and will notify them of any testing and testing results as quickly as possible.