The new public safety department would focus on a “holistic, public-health oriented approach,” but would still allow for a “law enforcement services” division. 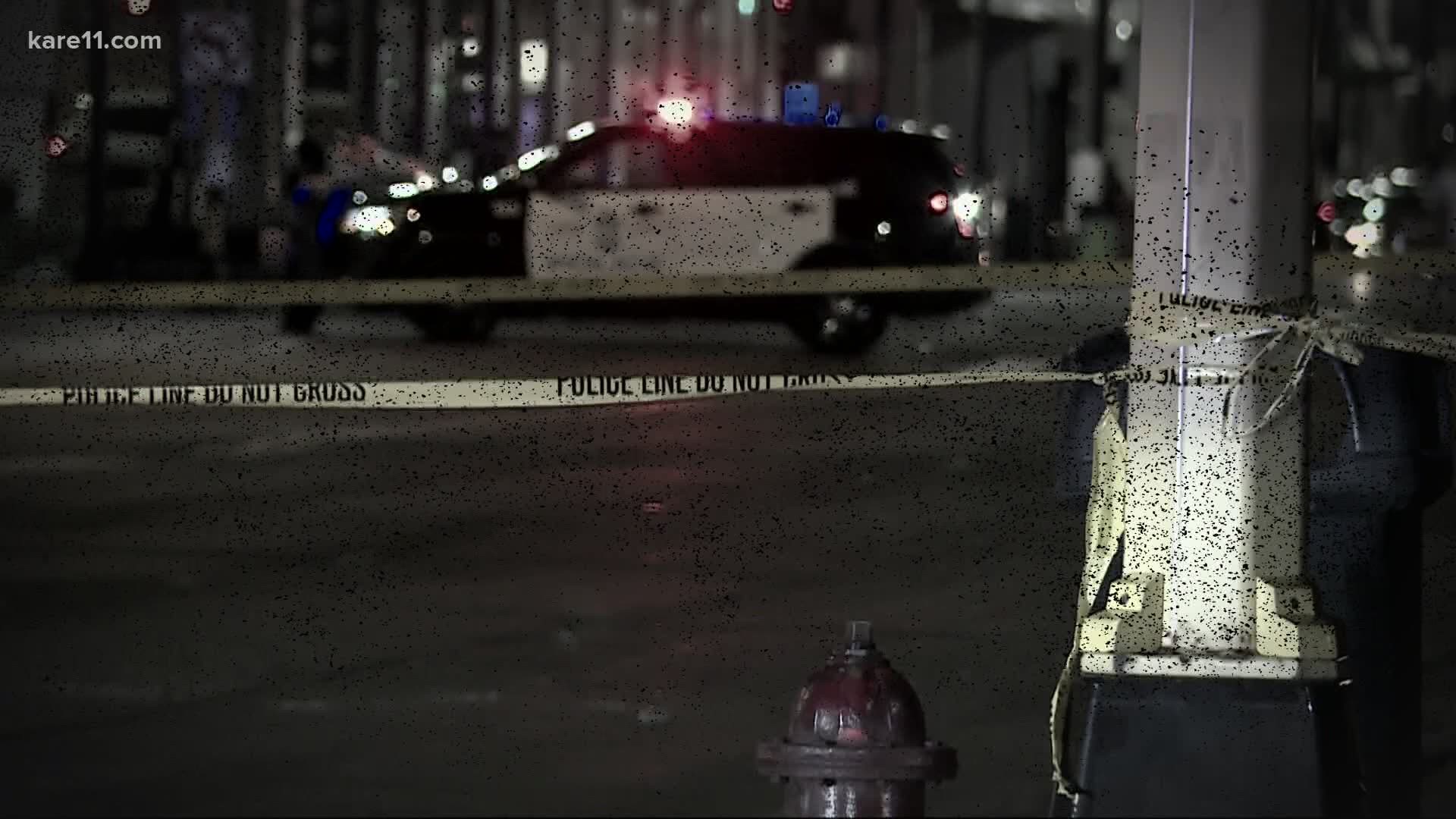 MINNEAPOLIS — The Minneapolis City Council voted 12-0 Friday to pass an ordinance that pushes forward a measure to delete the term “police department” from the city charter in favor of a “department of community safety and violence prevention.”

Five city council members, including president Lisa Bender, have signed their names as authors. The new public safety department would focus on a “holistic, public-health oriented approach,” although it would still allow for a “law enforcement services” division that would include licensed peace officers.

The head of the Community Safety and Violence Prevention would need “non-law enforcement experience in community safety services,” who would then appoint a separate director of the law enforcement services division.

Friday's vote suspends normal rules to change the Minneapolis city charter, putting the measure on a fast track to the council's charter committee in hopes of getting it on the November ballot. If ultimately approved under the charter commission process and then by city residents, it would replace the existing Minneapolis Police Department with a public safety system accountable to both the mayor and the city council.

"I am absolutely supportive of our residents having the opportunity to weigh in on this significant change to our charter," said council Vice President Andrea Jenkins. “We can change the name of the public safety, we can change the makeup, but until we address racism nothing is going to change.”

Council President Lisa Bender thanked her fellow council members for their hard work on the proposal and potential charter change. She noted that they are governing in what she called "an extraordinary time" with the community reeling from the pain of George Floyd's death, the COVID-19 pandemic and a budget crisis.

The measure now moves to consideration by the charter committee in a meeting July 8, which will be followed by a public hearing.

Minneapolis Mayor Jacob Frey responded to the council vote, saying that he believes the city needs a “complete transformation” in its police system, but that the city council plan is leaving him with more questions than answers.

He pointed again to issues with the police union, arbitration returning fired officers to the force, and collective bargaining that he called the “elephants in the room.”

“We need to be clear and precise about what exactly we’re going to do and when,” Frey said. “This amendment to our legal city charter does not provide clarity.”

Frey said the charter amendment does not make clear whether Minneapolis Police Chief Medaria Arradondo is going to be at the helm of the new system, and whether the police department will be abolished or just changed.

He said one thing the charter amendment does make clear is that the head of public safety would report to 14 people - the entire city council, plus himself. He said that “does not work” on a day-to-day basis.

Frey also expressed concern that the swift action of the city council is not leaving time or room for incorporating the voices of communities of color in Minneapolis.

"Right now we stand on the precipice of making these necessary transformative changes," Frey said. "We are in the position right now to collectively harness all of that energy … and channel it to real change and channel it to something specific. That's the vision we need to lay out right now."

Councilman Jeremiah Ellison later took issue with the mayor's response to the vote, and Frey's insistence that the new system would lack accountability. "I would say that the current structure has proven to be a failure," Ellison said. "People don't just want someone to blame, they want something to work."

Bender believes today's vote is an important and necessary step toward remaking public safety for all city residents. “It’s a structural change that allows us to invest in a holistic approach to safety … from all disciplines, from all different kinds of experience.”

Although council members have faced criticism from some in recent weeks for their calls to “dismantle” or “disband” MPD, the measure voted on Friday essentially moves forward with that plan using different language. Some prominent community leaders and peace activists on the streets – who are currently dealing with a significant increase in gun violence in several Minneapolis neighborhoods – have criticized the concept as counterproductive. Lisa Clemons, a former officer and founder of “A Mother’s Love,” demanded Lisa Bender’s resignation at a crime scene earlier this week where four people were shot in north Minneapolis.

“We need good police on the streets, just like we want good people,” Clemons said. “And that’s something some people don’t seem to want to say.”

But council members say they have the same goals as community activists who oppose their plans to replace MPD.

“The reason we’re doing this is because we are all concerned about public safety. There are things happening in our community right now that are not OK,” council member Steve Fletcher said. “We actually don’t seem to have a good answer to gun violence today. There are a lot of other methods, a lot of other approaches that we can attempt.”

Some critics of the council, including Clemons and “A Mother’s Love,” have said that council members seem too eager to replace MPD without a clear replacement plan. The council has not given specific details about how the new public safety department would operate, and it is unclear how the new structure would deal with violent crime or critical incident response.

The law enforcement services division would keep officers on the force, but council members haven’t said how many.

“That’s something that is yet to be figured out, and that’s by design,” Fletcher said, referring to the law enforcement services division’s proposed structure. “I believe it will mean fewer police officers, but literally we have committed to a community engagement process to figure out what this is going to look like.”

As the council prepared to consider the charter measure on Friday, the current police department continues to respond to shootings across the city. One of those shootings on Sunday night claimed the life of 17-year-old Diontae Wallace, who was sitting in the passenger’s seat of a car when he was hit by gunfire. His mother, Octeria Douglas, gave a tearful address to a crowd at her son’s vigil on Thursday and pleaded with the young people in her neighborhood to put down their guns.

“Whatever Diontae did to you all, he did not deserve this! He did not!” Douglas said. “It isn’t right to take somebody’s life. It isn’t right.”

In an interview, Douglas offered her own thoughts on the current state of policing in the city – and suggested stronger background investigations in the hiring process for officers.

“I want the police to be there to protect us,” she said.

She acknowledged the debate over MPD is complicated.

“It’s deeper with the police and all this type of stuff. There’s good cops out there. Our cousin is a cop. I know damn sure he’s good,” Douglas said. “I know there’s good people out there. All this rioting and stuff towards the cops, it’s really not necessary… I don’t agree with all this killing. It’s not gonna work this way. It’s not gonna work.”

RELATED: Arradondo on gun violence: This cannot become our normal as a city