Restaurant workers called fire and rescue teams after they smelled an odor inside the building. Crews learned it was a gas leak. 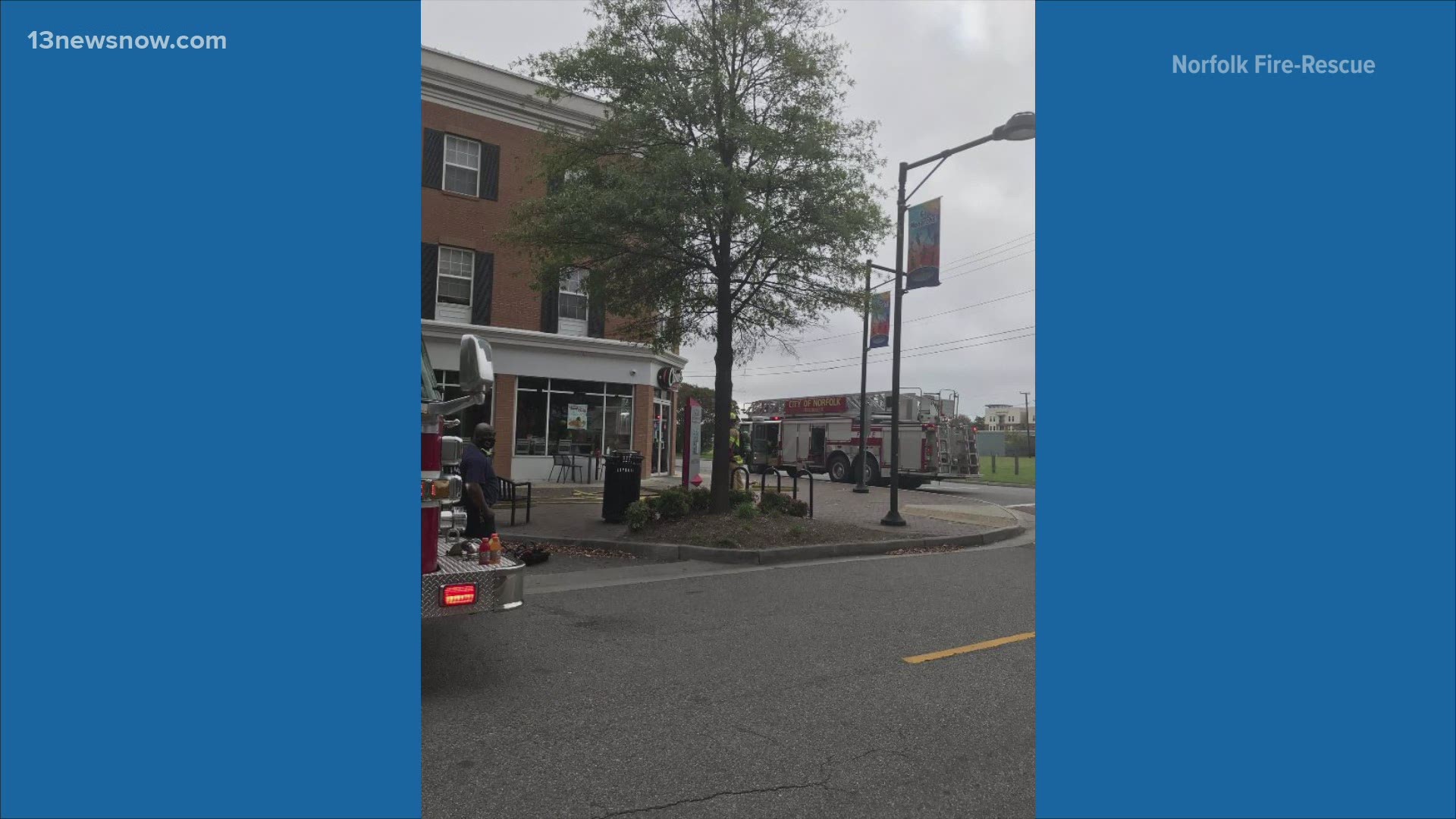 The ODU Police Department tweeted just before 10 a.m. Tuesday that there was a potential safety risk at Raising Cane's on Monarch Way.

About 45 minutes later, Norfolk Fire-Rescue also tweeted that crews were at the restaurant looking into the incident as a hazmat situation.

Authorities say restaurant workers called police after they smelled an odor inside the building. All residents living above the restaurant were evacuated while crews worked to find the source of the smell.

Just after 10:45 a.m., ODU police tweeted that the incident had been cleared and that public safety crews left the scene.

A Norfolk Fire-Rescue spokesperson later told us the hazard ended up being a gas leak. Crews originally thought the odor was from another hazard but then they identified an appliance as the source of the leak.

Everything has been deemed safe and all public safety has cleared the area. Thank you for your assistance!

E07, L07, R01, BC01, M07, M02 are working a HazMat incident at 4100 Monarch Way. Employees from Raising Canes restaurant smelled an odor and contacted NFR to respond. As a safeguard, residents above the structure have been temporarily evacuated while NFR mitigates the hazard. pic.twitter.com/R0LBKM0TwE