Crews ready for first snowfall of 2021 in Hampton Roads

With the region expected to see a mix of rain and snow on Jan. 28, crews prepped roads ahead of time to prevent any traffic hiccups. 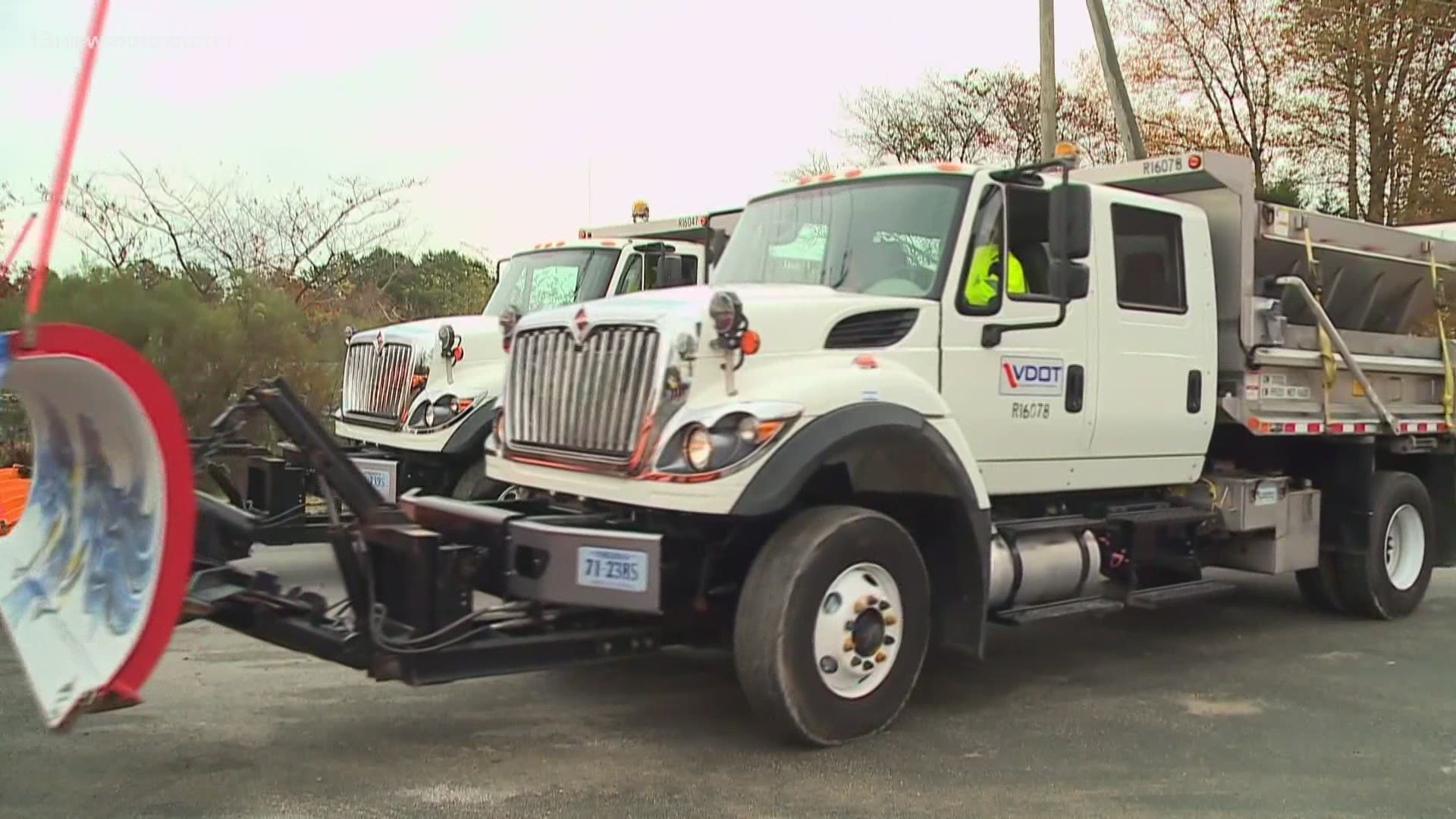 CHESAPEAKE, Va. — The Virginia Department of Transportation said crews are prepared for the first snowfall of 2021.

Communications Manager Holly Christopher says they have more than 460 pieces of equipment ready to go ahead of the snowfall, including trucks with plows and salt spreaders. She said VDOT Hampton Roads has an $8.4 million snow budget.

Christopher said VDOT’s goal is to have state-maintained roads passable within 48 hours after the storm ends.

“What comes from the truck is brine mixture which is a saltwater mixture and that helps to prevent freezing on the roadways, but we can’t be everywhere all at once. We can’t see everything all at once so we do rely on drivers to identify a problem spot and let us know and they can do that by calling our 1-800 number," she said.

That number to report a road issue is 800-367-7623. Christopher said her team will jump into action as needed.

“Our crews will be going out overnight and trying to identify those places and address them as needed for the night,” said NCDOT Deputy Communications Director Jamie Kritzer.

Officials ask early commuters to give road crews some space.

“Give them the space that they need to do the work and if you can, just give them the lane,” Christopher said.

Chesapeake Public Works officials said they are also ready for snow. It’s something they’ve prepared for, for months.

“We’ve got 37 trucks that are available to deploy across the city and we’ve got about 2,700 tons of salt,” explained Jason Brown, spokesperson for Chesapeake Public Works.

All day on Wednesday, truck operators tested their equipment. They say with how much snow is expected to hit the ground overnight, they are prepared.

“We plan to have our entire fleet in here before the morning commute to monitor the situation and respond accordingly to whatever happens overnight," Brown explained.

Brown said as it stands now, crews will pre-treat Dominion Boulevard, Veterans Bridge, and the bridge spanning the A&C Canal on the Route 168 Chesapeake Expressway. He said they could add brine to more locations depending on the forecast.

“The most important thing that the City of Chesapeake can do for its citizens is to ensure that the things they expect to be open, ready to go available and those roadways cleared that’s our number one priority,” Brown said.