Cursive writing: Keep it going or let it go?

Some people believe children still should learn how to write in cursive while others believe it's time to erase the form of handwriting from curriculums. 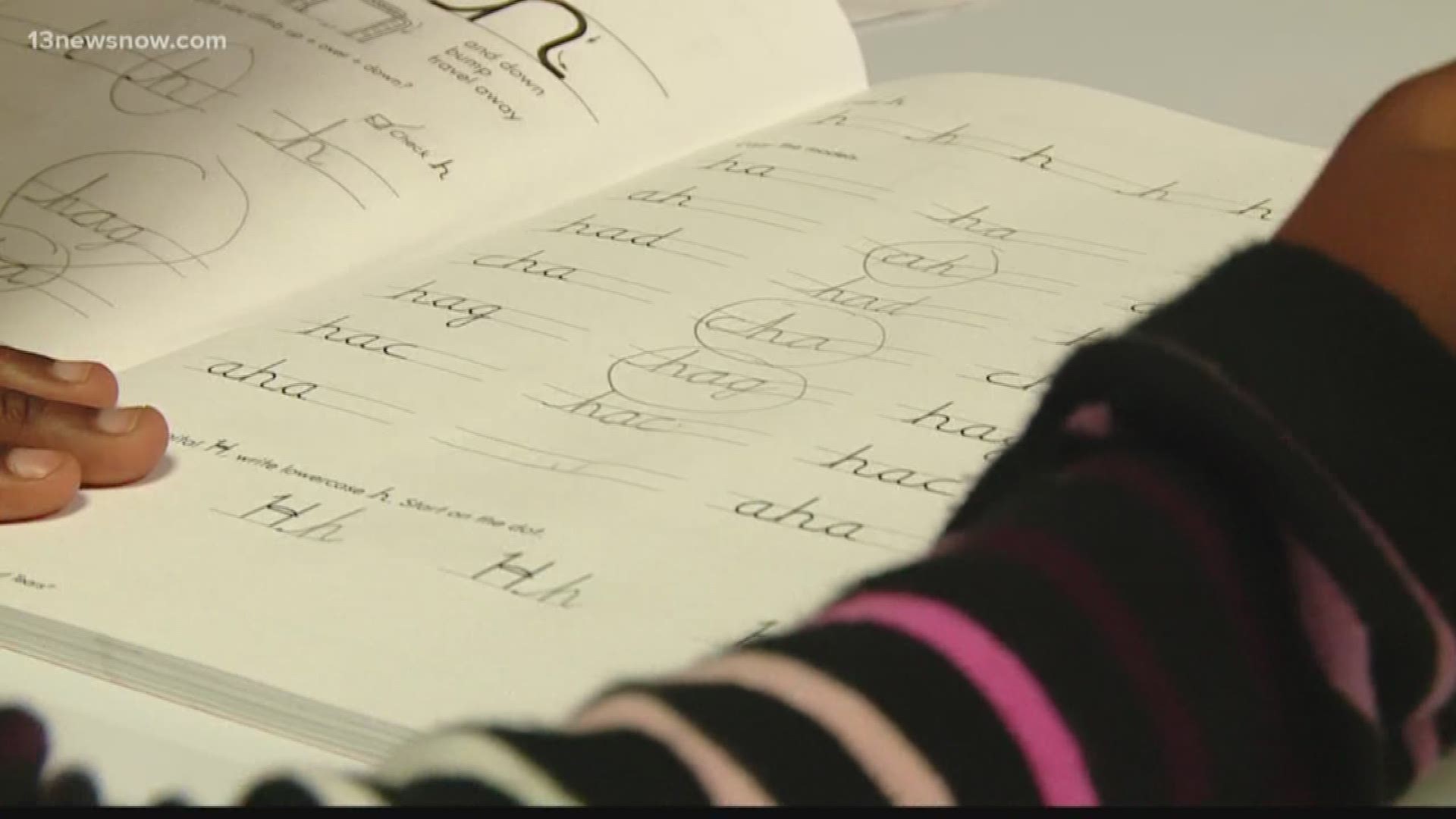 NORFOLK, Va. (WVEC) -- For centuries, cursive writing was a pillar of elementary education and a crucial tool for recording and preserving history.

Now, cursive barely is being taught.

According to Psychology Today learning to write in cursive improves your hand-eye coordination and memory, but Hamilton said writing this way is becoming a dying art.

“I think as curriculums move towards integrating technology into the classroom we've lost some time for teaching cursive,” said Hamilton.

Kristin Conradi-Smith is a reading education professor at The College of William and Mary.

She taught cursive for years as an elementary school teacher. Now, she doesn’t think it’s necessary.

“We are really doing students a disservice if we instead say in addition to learning how to print manuscript, now you have to do cursive, and then you have to do typing. What really matters is that students can write fast because they need to be able to convey their thoughts quickly, and it also matters that they write legibly because, unfortunately, if you don’t have nice handwriting you are judged,” said Conradi-Smith.

Hamilton doesn’t think you have to dedicate an entire class to teaching cursive, but she said since our country's founding, documents such as The Declaration of Independence were written in cursive. Children should know how to read them. She also told 13News Now, “There are some college applications that require essays to be written in cursive. And I know that if kids can’t write cursive they certainly can’t read cursive,” said Hamilton.

How are your handwriting skills? Put them to the test!