The station was on lockdown until all the employees were deemed safe. The man shot has been charged with burglary two. 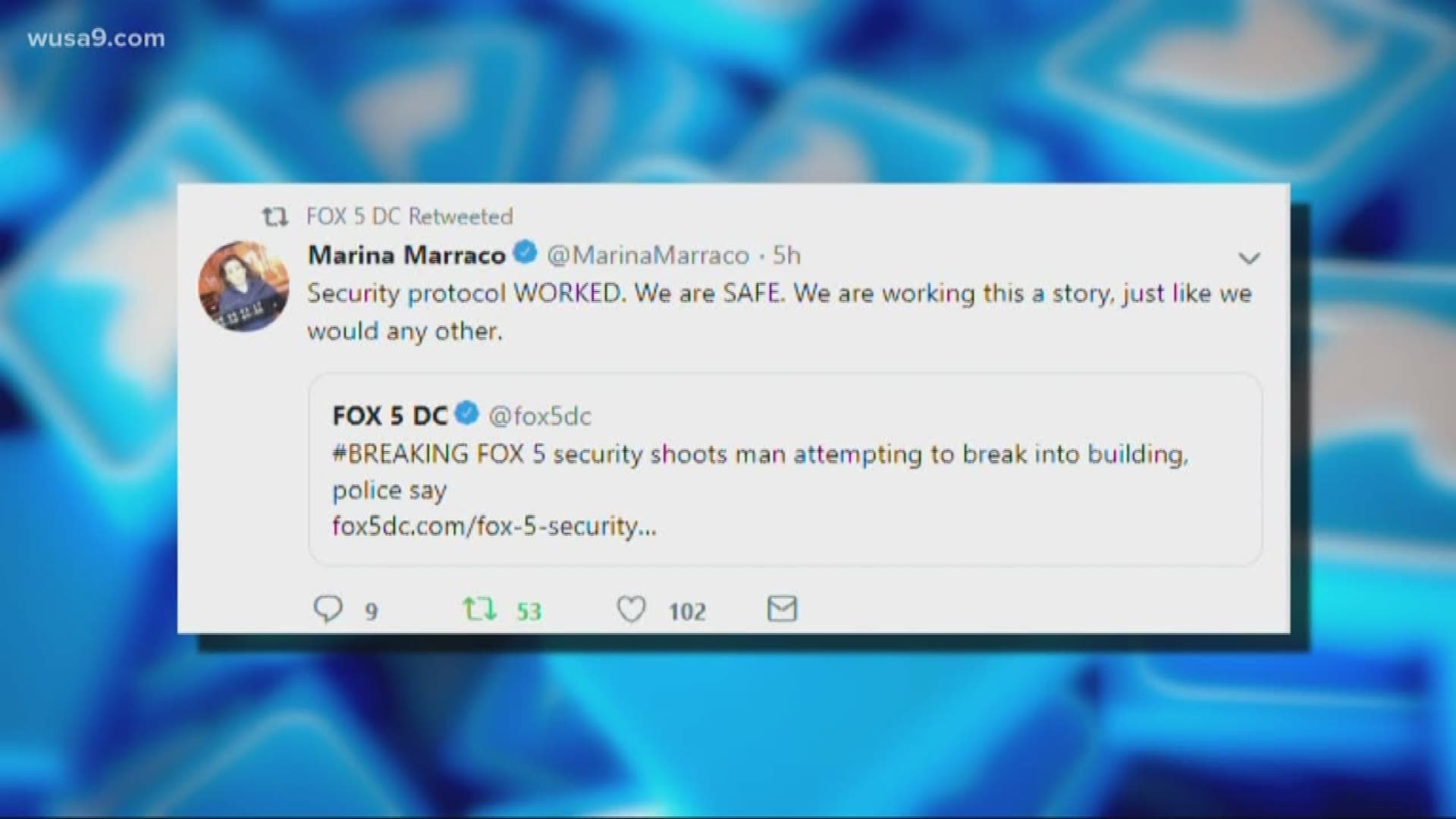 WASHINGTON -- A man was shot on Monday afternoon after police say he forcibly tried to enter the Fox 5 news station in Northwest, D.C.

Police say the shooting happened around 3 p.m at the news station located at 5100 Wisconsin Avenue in the Friendship Heights neighborhood.

38-year-old George Odemns, who was shot, has been arrested and charged with Burglary Two.

Police say when a security guard in the lobby of Fox 5 told him he wasn't allowed on the property, Odemns proceeded to kick the glass out of two separate front doors. At the scene, glass from the door could be seen scattered on the sidewalk.

He then began walking towards the desk station, in the direction of the main part of the building. The security guard drew her weapon and warned Odemns to stop walking, police say.

She then discharged her weapon against the man, striking him once in the torso.

Due to safety protocol, the man was unable to make it inside of the newsroom.

The suspect was taken to a local hospital conscious and breathing. Police say the man is in critical, but stable condition. Police said the man was not armed when he tried to enter the building.

Shortly before 4 p.m., Fox 5 Anchor Jim Lokay took to Twitter to report that everyone at the news station was OK.

We're all okay here at #FOX5DC. Scary. We're going to jump on the air shortly and let you know what's going on.

The station was on lockdown until all the employees were deemed safe.