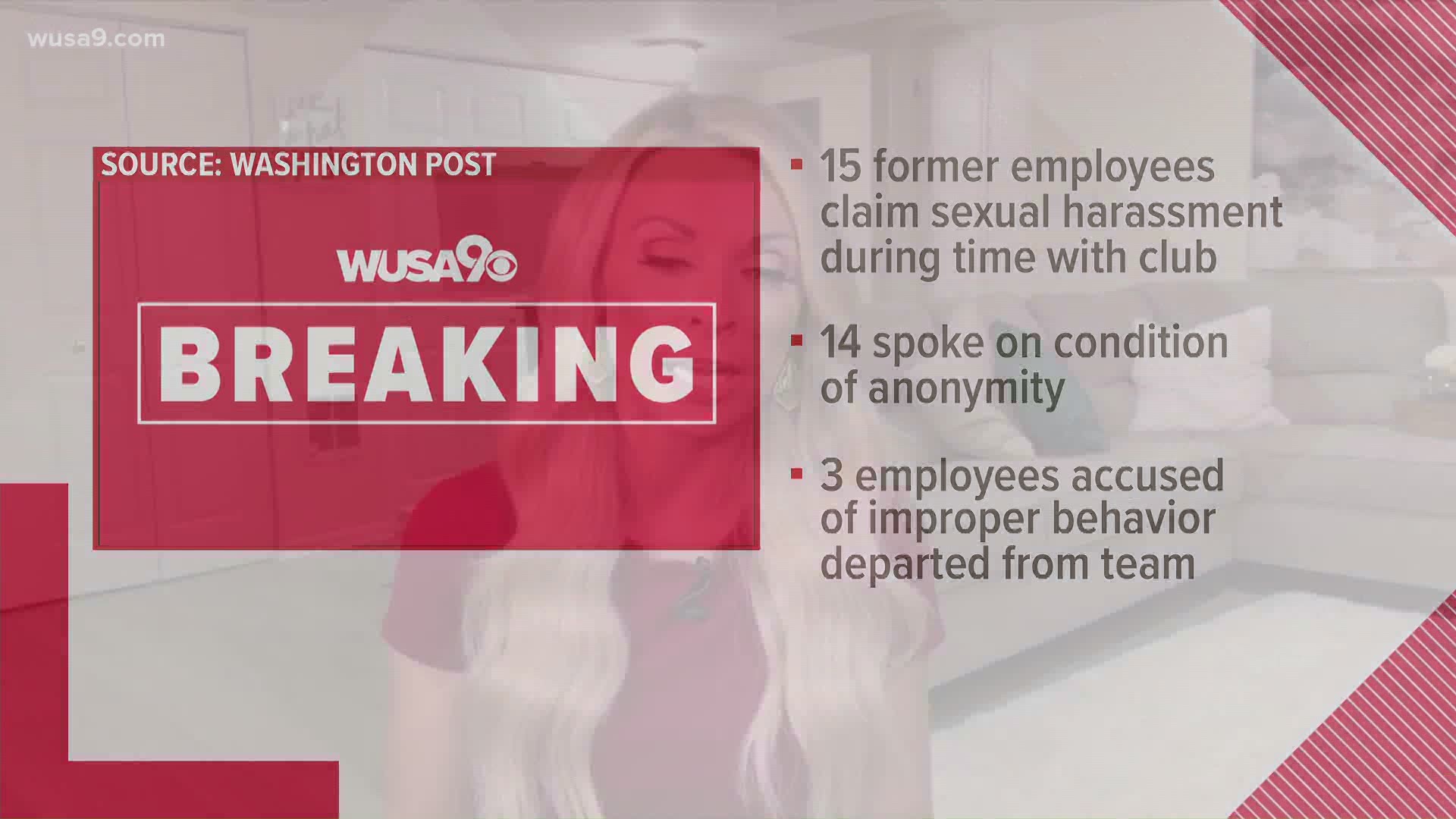 WASHINGTON — The Washington Post released a story Thursday night detailing allegations from 15 women who say they were sexually harassed and verbally abused while they worked for Washington's NFL team over the last 15 years.

Three of the employees with allegations made against them abruptly resigned or were fired this week, including longtime radio broadcaster Larry Michael, who retired Wednesday, and the team’s director of pro personnel, Alex Santos, who was fired.

The Post said that none of the women made allegations against team owner Dan Snyder or former team president Bruce Allen, but "expressed skepticism" that the executives didn't know about the harassment. The women also blamed Snyder for an understaffed HR department and the "sophomoric culture of verbal abuse among top executives," the Post article said.

One woman, Emily Applegate, spoke openly while the other 14 women spoke on the condition of anonymity. The allegations span from 2006 to 2019.

According to the Post, Snyder declined several interview requests for the story. The team put out this official statement regarding the story:

“The Washington Redskins football team takes issues of employee conduct seriously … While we do not speak to specific employee situations publicly, when new allegations of conduct are brought forward that are contrary to these policies, we address them promptly,” the team statement said.

The Post said Head Coach Ron Rivera declined to comment on the firings of Santos and Mann, but he said he's trying to "create a new culture" within the organization.

“Biggest thing is that we have to move forward from this and make sure everybody understands we have policies that we will follow and that we have an open-door policy with no retribution," Rivera said. "Plus my daughter works for the team and I sure as hell am not going to allow any of this! ... Dan Snyder brought me here to change culture and create an environment of inclusion among employees. I believe everyone that works for this franchise has a vested interest in our success."

RELATED: 'I sure as hell am not going to allow any of this' | Ron Rivera issues statement on team culture 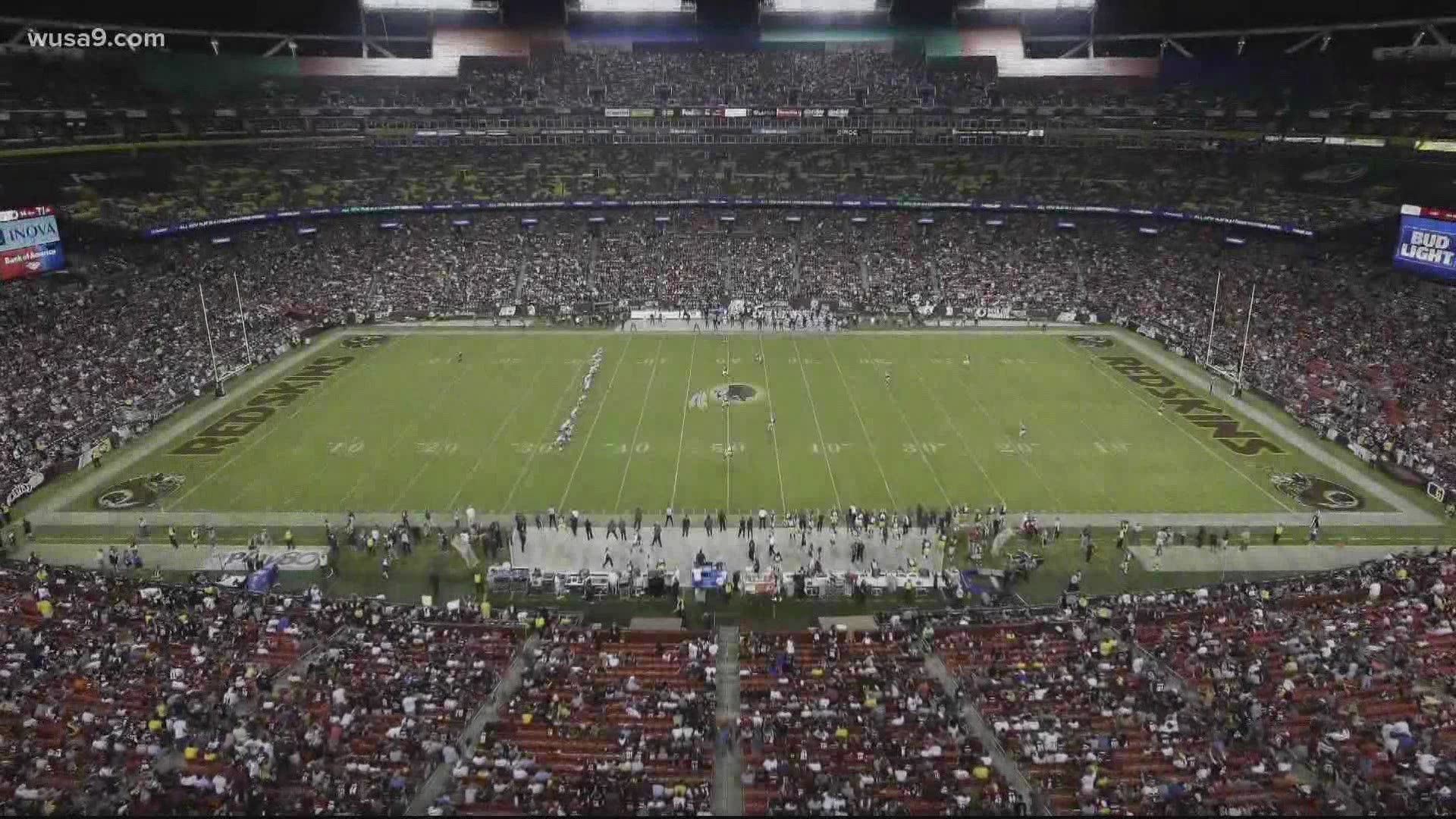 Here are the allegations the Post is reporting against each man:

According to the Post, former female employees said they were given an informal orientation by veteran female employees about which men and what areas of the building they should avoid when possible. Training camp and the annual NFL scouting combine were also events that female employees were warned about, the Post said.

On Thursday, the team hired DC attorney Beth Wilkinson to review the organization’s protocols. Wilkinson has made a career in representing major cases in DC, as well as for successfully arguing for the execution of Oklahoma City bomber Timothy McVeigh. 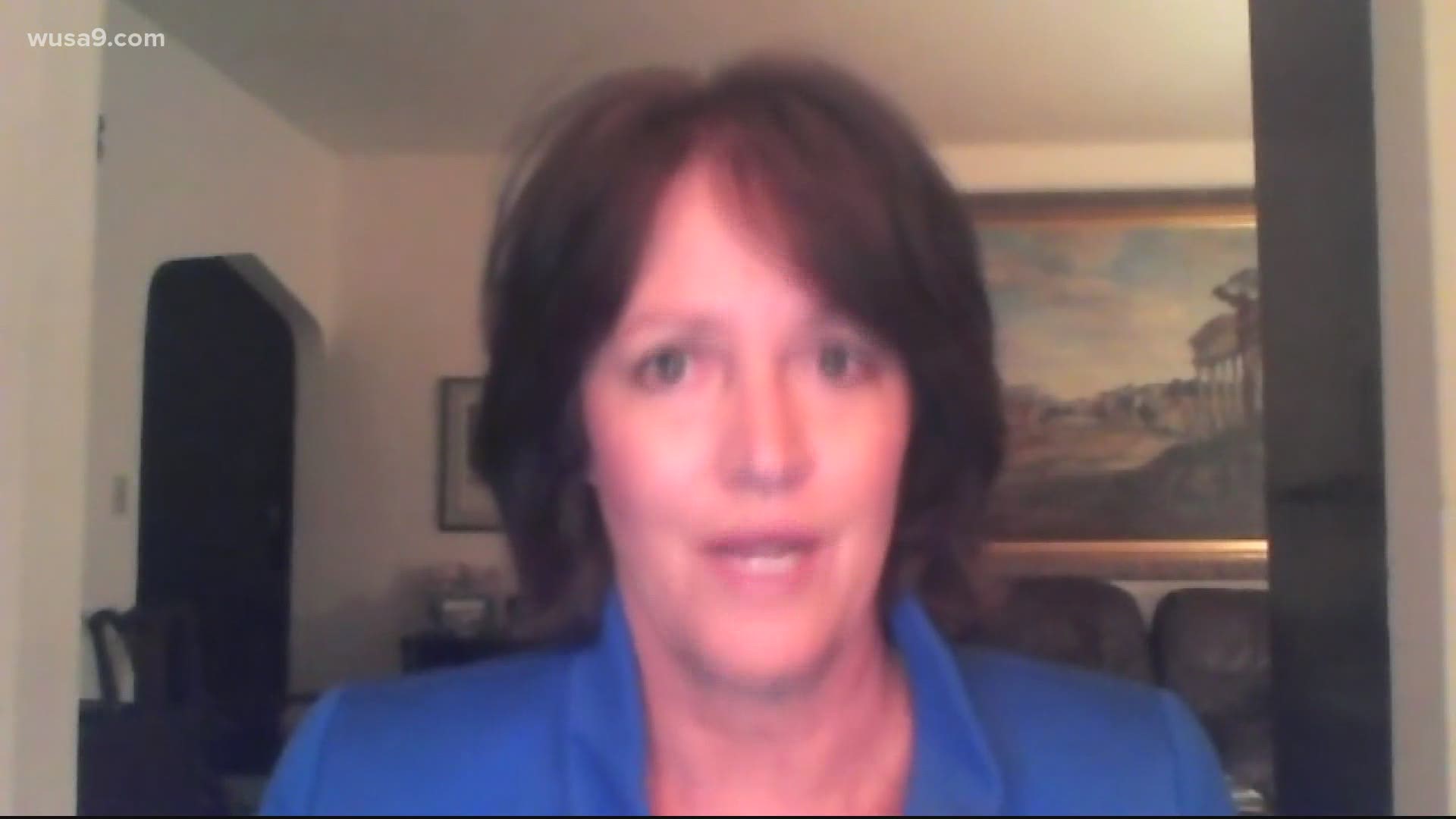 The franchise announced Monday morning it had officially retired the team's controversial name and logo. Washington’s NFL team had used the nickname since 1933. This comes after the team launched a “thorough review” of the name on July 3.

Snyder, who has been adamant throughout his ownership of the team that the name should not be changed, reversed course after the weight put on him amid calls for social justice changes in the United States, sparked by the death of George Floyd in Minneapolis.

Rumors of minority owners wanting to sell their stake in the team and corporate sponsors reviewing their relationships with the team added to the pressure.

RELATED: How much credit does Dan Snyder deserve for changing the name of his team? Not much | Reese's Final Thought

RELATED: Here's what Washington's football squad faces ahead of the 2020 season, training camp

RELATED: 'What are you going to call us now?' | Player reactions to Washington's nickname and logo change