Local and state officials are worried evictions will soon soar when current moratoriums run out. 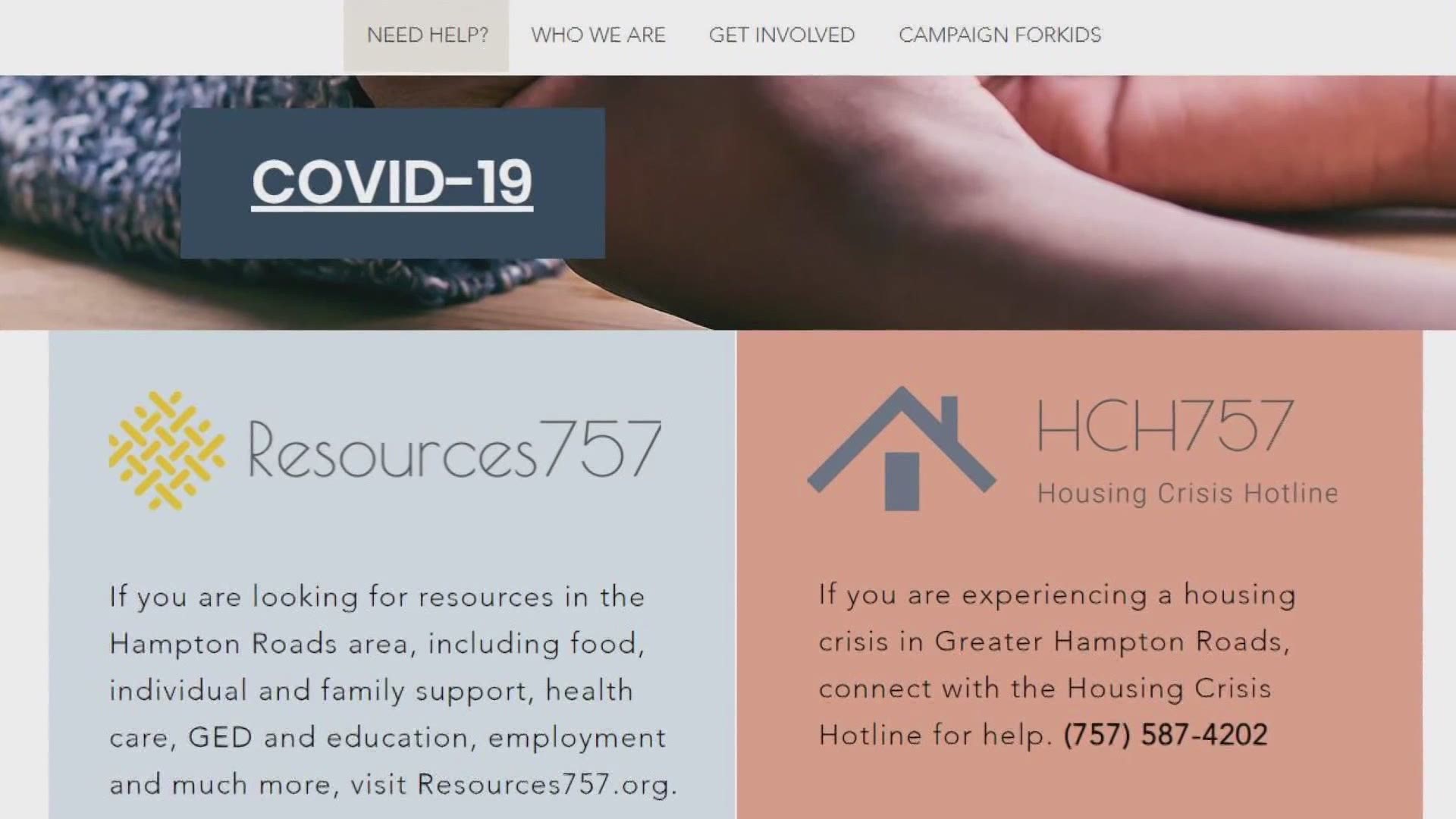 NORFOLK, Va. — During a Wednesday press conference, Governor Ralph Northam said he was urging Congress not to leave for the holidays without passing a new relief and stimulus package. He said Virginians need help and he wants to send out more funds in the new year.

Local and state officials are worried evictions will soon soar when current moratoriums run out.

The group Tidewater Tenants Rights is working tirelessly to put a stop to evictions in Hampton Roads.

“The more we learned about it, the more we realized there were a lot of gaps in awareness,” said group member Anisha Shetty.

Shetty said the group checks courthouse dockets for eviction hearings and have a table out front to inform tenants of their rights.

“We were just encountering people who just had no idea of what was in place,” Shetty said. “And unless they had an affidavit in hand to give to the judge, they were not told of their protections.”

They said most callers ask for rent relief.

“We had a day on Monday where we had 1,069 calls,” said ForKids COO Bill Young. “Which is far and away, the most calls we ever received on a specific day.”

Help is out there. Young said Northam enacted new protections two weeks ago.

The protections prohibit evictions for non-payment through December 31, if tenants and landlords apply for rent assistance.

After January 1st evictions can happen, but both parties must work together to apply for rent assistance before moving forward.

“It’s not an absolute moratorium on evictions and it’s still critical for anyone to make sure they appear for any court appointments,” Young said.

The CDC also has a moratorium on evictions that ends on the 31st. It covers tenants who have lost income due to COVID-19. They must earn less than $99,000 for an individual. The tenant must submit a sworn statement to their landlord and continue to pay as much rent as they can.

There are two ways to apply for the state’s Rent and Mortgage Relief Program, fueled by CARES Act funding.

“Your landlord can apply through Virginia Housing and also a tenant portal for tenants to apply,” said Virginia Department of Housing Director Erik Johnston.

Young said they are flooded with assistance applications.

“Recognize that immediate results are really challenging, but stay engaged in the process,” Young said.

He and Shetty worry what the demand for help will look like when moratoriums fizzle out in 2021.

“People are really trying, the hours and jobs, people are trying to scrap it together,” Shetty said.