The Parker family filed three police reports about their neighbor's dogs, including one that explains how one man was bit on the back 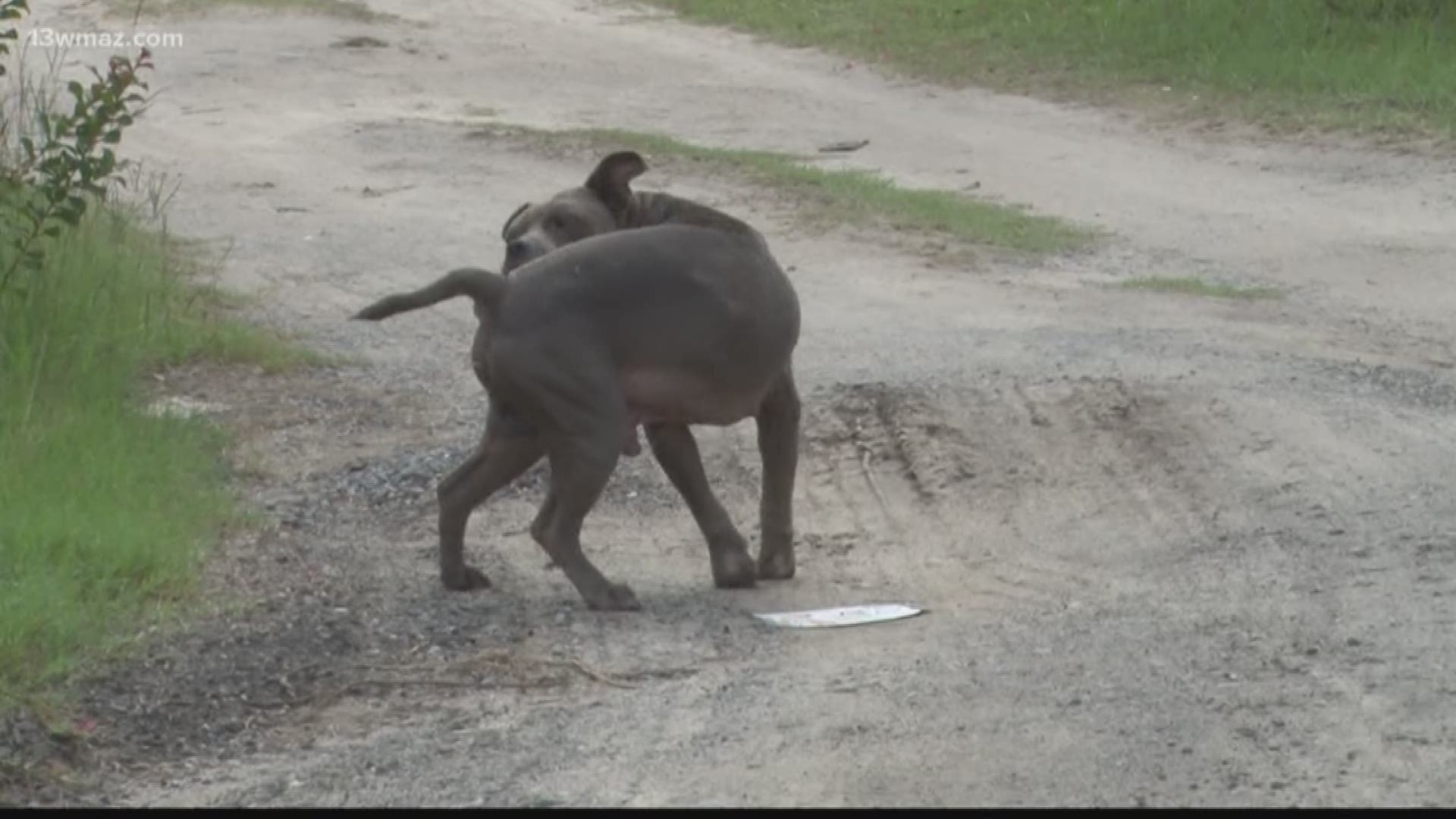 DODGE COUNTY, Ga. — Vickey and Teresa Parker say they live in fear every day when they walk outside of their house because of their neighbor's dogs.

"Here's the thing -- you turn around on these dogs, then that's when they're creeping up on you and ready to attack," Vickey Parker said.

They're even more afraid for their kids getting on the school bus.

"We have to meet the bus down there to get the kids to make sure they get home safe in just this little short walk," Teresa Parker said.

She says the dogs have been a problem in the neighborhood for the last year, but their behavior got worse over the last two months, so they called law enforcement.

The Parker family filed three reports with the Dodge County Sheriff's Office about the dogs who live right across the way.

In one of these reports, it actually says one of the dogs bit Chris Parker on the back.

"This was on my side when they bit me. This was a good piece that they got," Chris Parker said.

"Nobody would answer the door -- they won't talk to you," Ronnie Parker said.

Now, he's calling on county leaders will step in to help.

Dodge County Manager Spencer Barron gave a statement saying they've had an ordinance in place since 1990, but they can't enforce it because they don't have the funds for an animal control department.

"We just want to make sure something is done, the dogs are put down or something is put in place to help them with that so our kids can come out and play. Our kids can't even come out in the yard," Chris Parker said.