It may have been six weeks since 94,000 gallons of jet fuel spilled from NAS Oceana, but homeowners are still dealing with the aftermath. 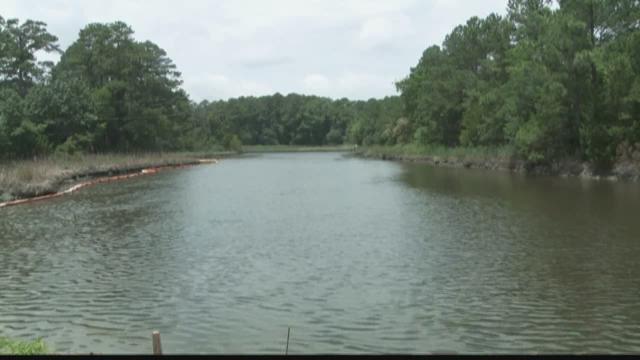 VIRGINIA BEACH, Va. (WVEC) -- It has been six weeks since 94,000 gallons of jet fuel spilled from NAS Oceana, but homeowners are still dealing with the aftermath.

For Pam and Herb Jacobs, their backyard is their oasis.

"We had a canoe and we would just walk the canoe out to the main creek here," said Pam Jacobs.

Her husband, Herb, explained that after the jet fuel spilled, a shiny layer covered their garden. When they called and asked the Navy to examine it, they said the Navy didn't do anything to help.

"No one cared," said Pam. "We went to the meeting like we were supposed to. We viewed our opinions. We told them what was in our backyard. And no one cared to come out."

Upon hearing the news that the Navy will discipline nine people, the couple said they didn't care.

The creek behind their yard hasn't been the same since the spill.

According to Christy Everett, Hampton Roads Director of the Chesapeake Bay Foundation, the lush, green wetlands are now brown, which indicates they are dead. She went on to explain that many people don't realize there is a difference between a jet fuel spill and a typical oil spill.

"It's essentially more soluble," said Everett. "So it can soak into living resources like wetlands and creatures."

Since the fuel soaked into the wetlands, creatures like fish absorb the toxins.

"These birds that are in this habitat are going to be eating those fish and so we need to make sure any effects on fish aren't going to be traveling up the food chain," said Everett.

Everett went on to explain that toxins are still in the water and can resurface later.

"It's really important that the Navy is committed long term to repair of the system and assuring we get it back to what it was."

While the Jacobs love the water, they said they aren't going anywhere near it, anytime soon.