Family credits neighbor for helping save everyone from Norfolk apartment fire

After a fire broke out in a building at Olympic Village Apartments Wednesday night, residents say a neighbor knocked on everyone's door to wake them up. 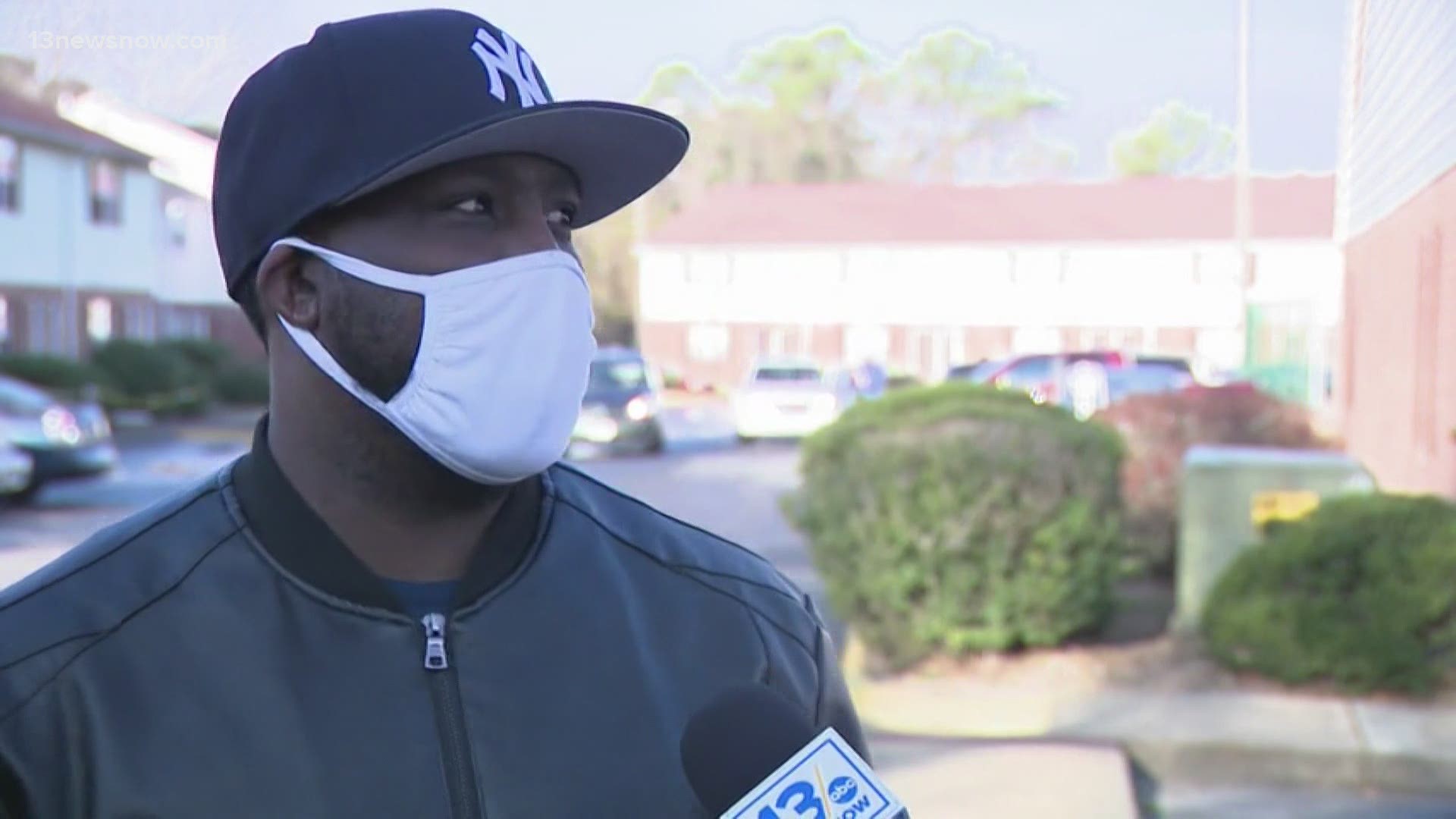 NORFOLK, Va. — About 30 people are now without a home after a late-night fire tore through an apartment building along Pecan Point Road in Norfolk Wednesday.

Sixteen units of the Olympic Village Apartments complex are all damaged by either the flames or the water used to extinguish the fire. Fire officials say no one was injured.

However, many lost all of their belongings, including Steven Mexie and his 12-year-old son, Terrence Cross. Mexie says he was home alone at the time of the fire and was able to get out safely because a neighbor knocked on everyone's doors to get help get them out.

"He woke everyone who was sleeping up," said Mexie. "It was just shocking seeing it so close."

Mexie says he and his son lost almost everything, but say they are just relieved no one was hurt and everyone got out safely in time.

"I didn't know it was going to happen," said Terrence. "I lost a couple things, but I'll get it back."

The American Red Cross is now assisting the people who lost their homes. Norfolk fire officials say the fire may have started from inside a closet. They say the cause is still under investigation.