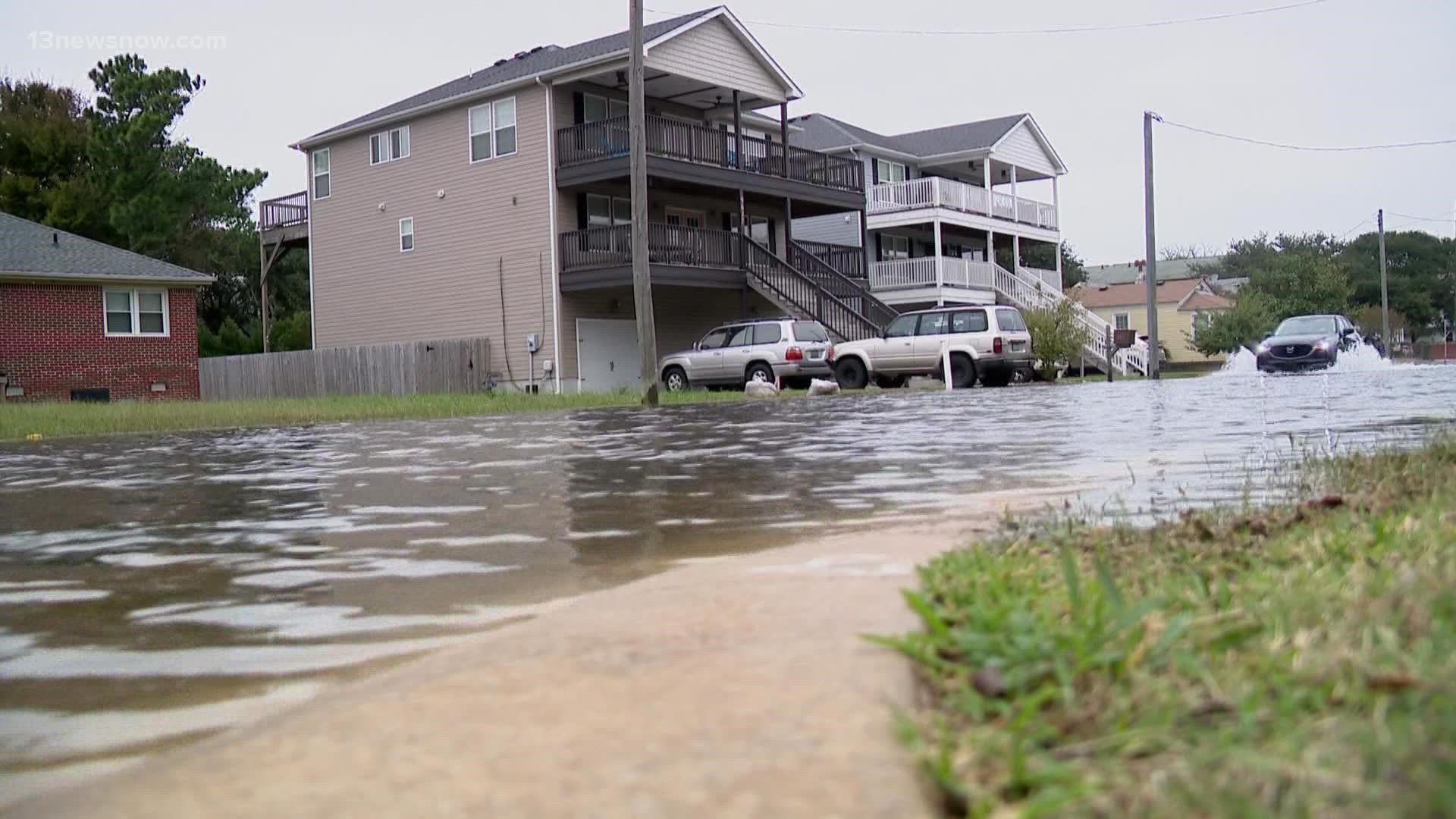 VIRGINIA BEACH, Va. — Like solving any problem, there are a lot of factors that go into fixing flooding in the Tidewater area.

“It's not like sixth-order differential equations, but it’s along the lines of calculus," CJ Bodnar said, a civil engineer with Virginia Beach's Stormwater Engineering Center.

“You’ve got to take into account a number of factors: not just rainfall but elevation of water.”

Of the 19 projects, ten are within the seven cities of Hampton Roads, including:

“If you look out at the pipes, it’s a straight shot to the river. But that’s not the way it is in nature, it meanders. We’ll go back in to restore some of that, helping slow the water down," Bodnar said, who helped the City of Virginia Beach apply for the Elizabeth River grant.

“What happens is as the water level rises, it degrades and destroys the wetlands. When that happens the water pushes up faster, and gets upstream.”

In total, the projects add up to more than $5.5 million of total grant investment, not including an oyster project in Northampton County on Virginia's Eastern Shore.

Bodnar says the city, now after receiving the grant, has three years to complete this project.

This comes weeks before Virginia Beach voters vote on a Flood Protection referendum, asking whether citizens would be in favor of paying a higher real estate tax rate to fund flood protection projects across the city.