They've been serving up street eats for years. Now two brothers, along with one of their friends, are parking their food truck and opening a restaurant in Phoebus. 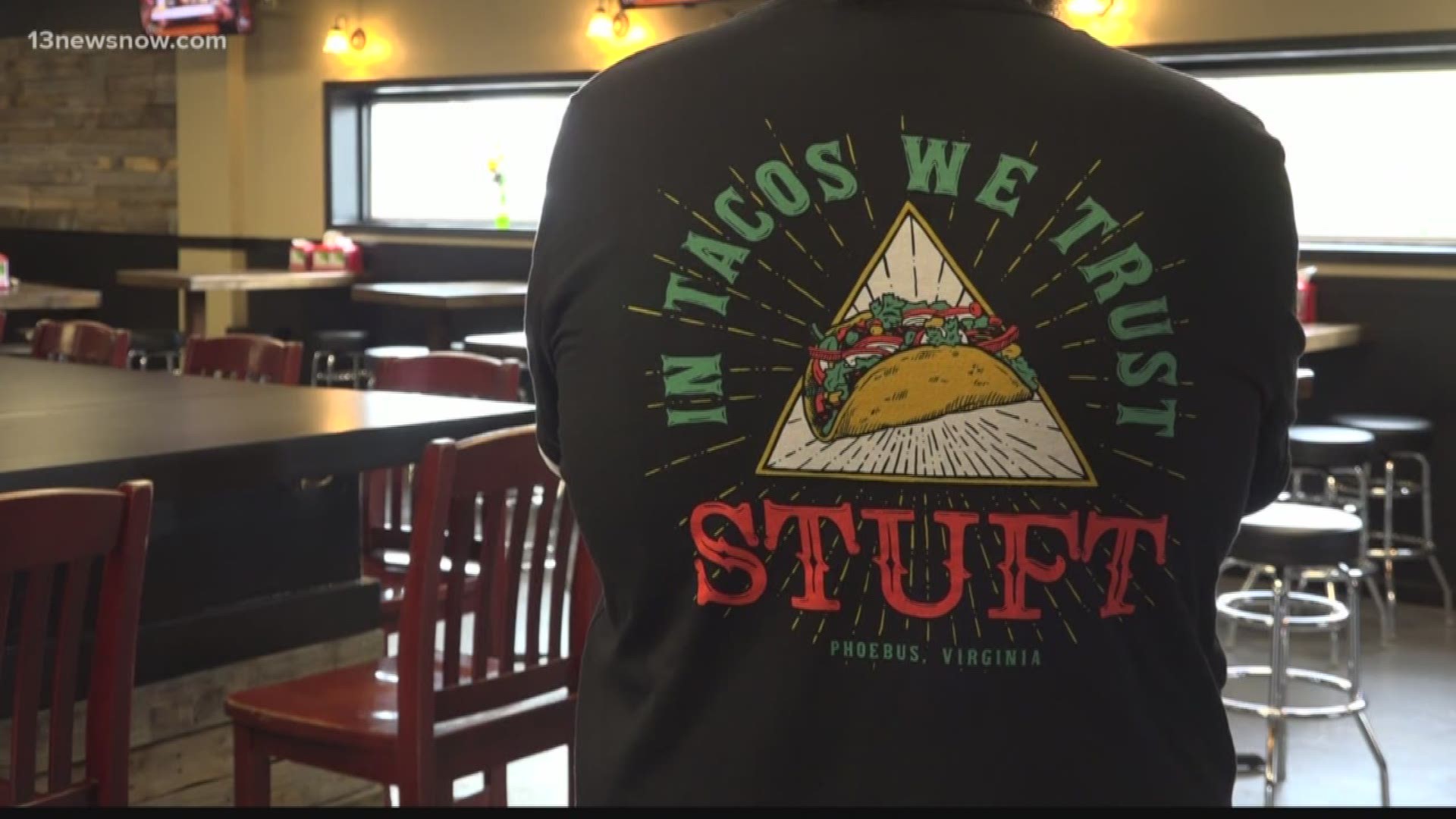 HAMPTON, Va. (WVEC) -- They want to breathe life into Phoebus.

After operating a food truck for several years, two brothers are taking their business to the next level.

With the help of one of their close friends, they're opening a restaurant in Phoebus, and turning they're turning their dreams into reality.

About eight years ago, Casey and Alex Haas created their own hot sauce, Haas Sauce.

They wanted a way to get it out there, so that's when they started their food truck business, Stuft. Their good friend Moriah DeVito joined them a few years back to help with the vision.

“We care about our product and we're passionate about what we do and we worked hard to open so for it to be here it's pretty awesome,” Alex Haas said.

Phoebus went through a down period after Fort Monroe closed in 2011, but there's a new life now.

Not just thanks to Stuft, but other restaurants like the popular Mango Mangeaux.

The non-profit, The Partnership for a New Phoebus, is organized for the specific purpose of improving, conserving, and revitalizing the business, housing, social and economic conditions associated with the quality of life for citizens of the Phoebus area of Hampton, Virginia.

“Phoebus is making a comeback,” DeVito said. “Where we're located because it's on Mallory street, we're not on the main road going to Fort Monroe or Mercury but we'll connect it together.”

The Haas set up their taco truck everywhere, and now with a building, and a bigger kitchen, they plan to run their food truck twice as much.

“All of us put so much work into this place to get it to where you see now,” Project manager Brian Grecu said.

The grand opening is Tuesday, April 3rd at 11. Hampton mayor Donnie Tuck will be in attendance.

They're all excited to see what the future holds for their business, and for Phoebus.