Thirteen local agencies came together to establish an emergency response plan in the event of a mass shooting. 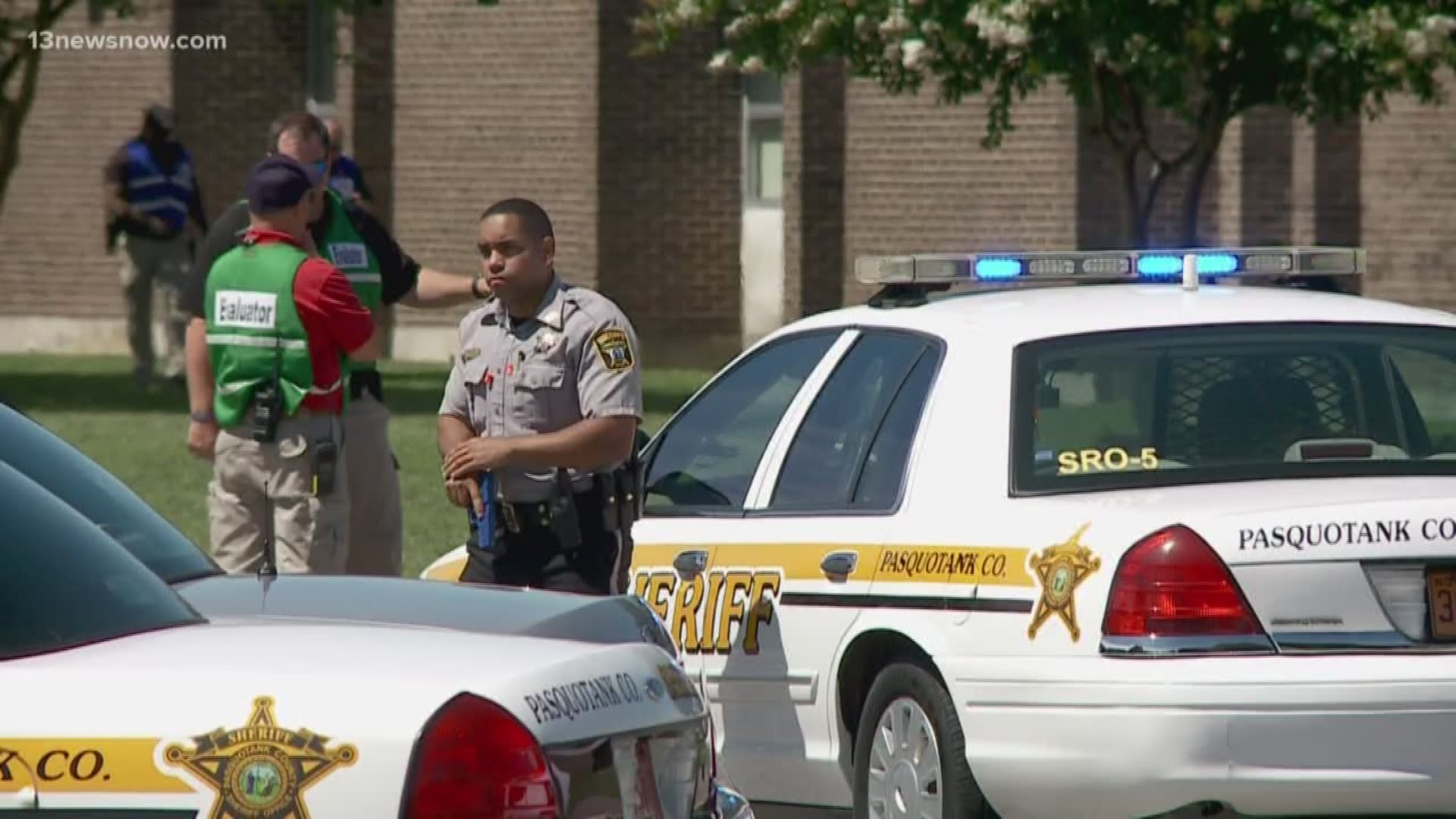 ELIZABETH CITY, N.C. — The scene outside of Northeastern High School in Elizabeth City looked like an emergency.

Outside of the school’s building, people waited anxiously to learn if their loved ones were safe.

Christy Saunders, a coordinator for Pasquotank-Camden Emergency Management said the goal was to prepare for something they hope will never happen.

“We know we can't always avoid these things we're seeing this all over the country, but we can certainly do more to make sure all of our responders are trained and know how to react if something does,” said Saunders.

Inside the building, two actors played the role of active shooters as faculty trained on how to respond.

The agencies showed up at different times, just as they would in a real situation.

The full-scale exercise was months in the making.

Elizabeth City-Pasquotank Public Schools have partnered with local law enforcement to make sure they know the layout of every school in the district in case they have to respond.

Tammy Sawyer, a Human Resources Director for ECCPS said their efforts have been underway since February.

“Most of the law enforcement agencies took part in going through every school in our district to do a lockdown and check for weaknesses and strengths in the district,” said Sawyer.

Preparation is the community's way of trying to get ahead of the unknown.

“Years ago, this wasn't part of what we were doing. Things have certainly changed over the years,” said Saunders.

Saunders said some tragedies can’t be prevented, but she and others who led Friday’s exercise said they have a responsibility to put forth their best effort.

“I don't think we can sit on our hands and never try,” said Saunders.