Derek Chauvin appeared by video conference from Oak Park Heights Correctional Facility, where he is being held for what officials call safety reasons. 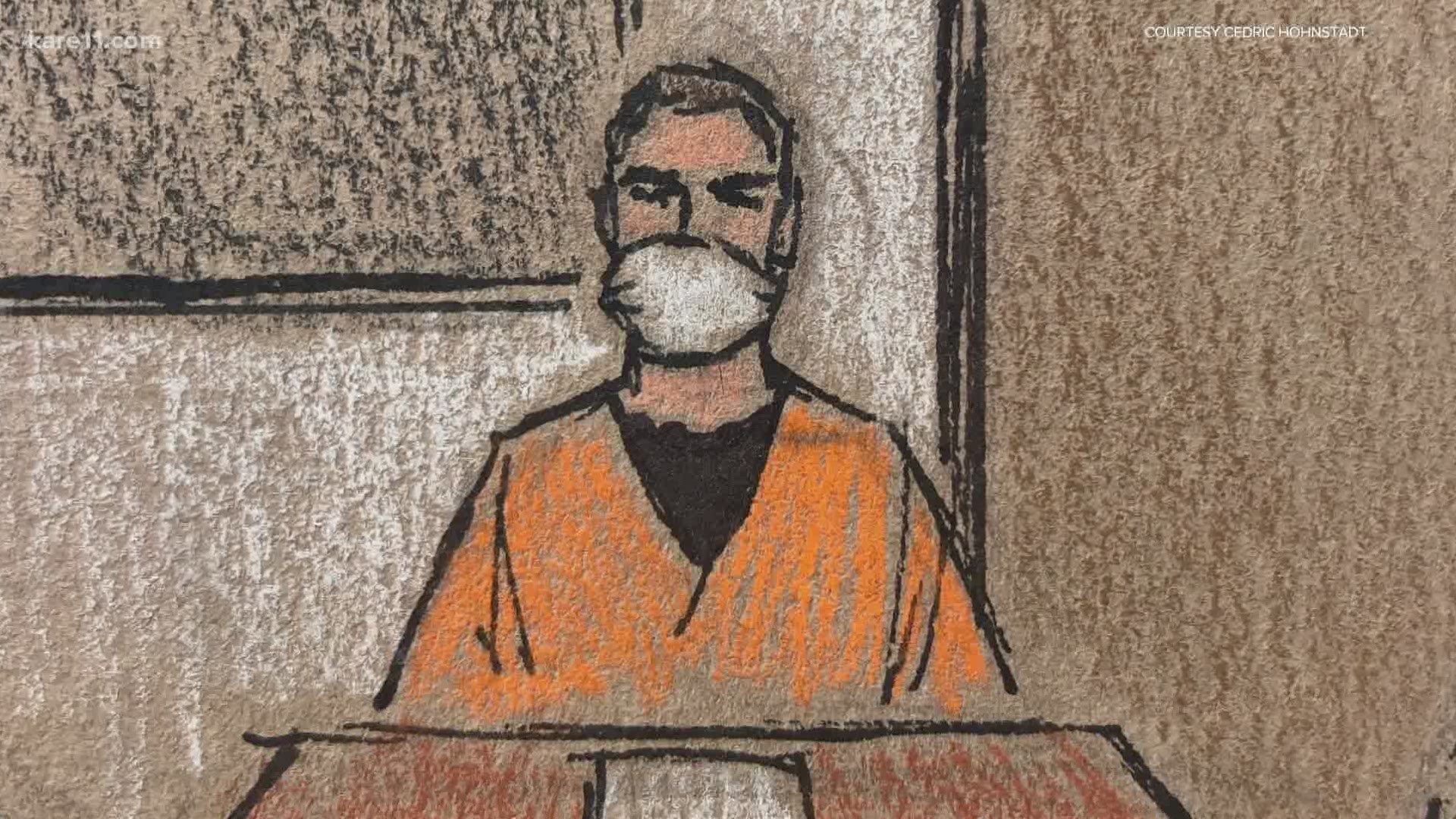 MINNEAPOLIS — The former Minneapolis police officer charged with causing the death of George Floyd made his first official court appearance in the case Monday afternoon.

Derek Chauvin, who was videotaped holding his knee on Floyd's neck for nearly nine minutes, appeared by video conference from Oak Park Heights Correctional Facility, where he is being held for safety reasons.

The nearly two-decade veteran of the Minneapolis Police Department is charged with second-degree unintentional murder, third-degree murder and second-degree manslaughter.

During the brief appearance Judge Jeannice Reding set bail at $1.25 million without conditions, or $1 million with conditions. Those conditions include no contact with victim's family, no work in law enforcement or security, turn in all guns and permits, and no leaving Minnesota without permission.

At this point there is no indication if Chauvin has any bail plans. He is being represented by attorney Eric Nelson, best known for his defense of Amy Senser.

Appearing for the prosecution Monday was Matthew Frank, who also handled the first appearances of the three additional officers who are charged along with Chauvin in Floyd's death. Judge Reilly went along with Frank's request for bail, and Nelson made no argument.

When Frank made his argument for bail, he noted two factors for the high amount of his request. First, was what he described as Chauvin's likelihood to flee, and second was the seriousness of the charges.

"Obviously the death has had a strong reaction in the community, to put it mildly," Frank said.

Chauvin's next court appearance is scheduled for June 29 at 1:30 p.m.

Tou Thao, J Alexander Kueng and Thomas Lane are all charged with aiding and abetting murder and manslaughter, accused of failing to act as Floyd struggled to breathe while pinned under Chauvin's knee. All three former officers made their first appearances last week, and are currently held in the Hennepin County Jail in lieu of $1 million bail, $750,000 with conditions.

The death of Floyd while in police custody set off a wave of anger and protests in the Twin Cities and across the globe. Many activists say his death will be the catalyst to force police reform and redefine race relations in America.

A veto-proof majority on the Minneapolis City Council has vowed to first defund, and then dismantle the MPD, and use the money to develop a more community-oriented public safety strategy.

RELATED: Police back off as peaceful protests push deep reforms