Norfolk Fire-Rescue said heavy damage to the roof of the building on Pleasant Avenue led to the building's condemnation. 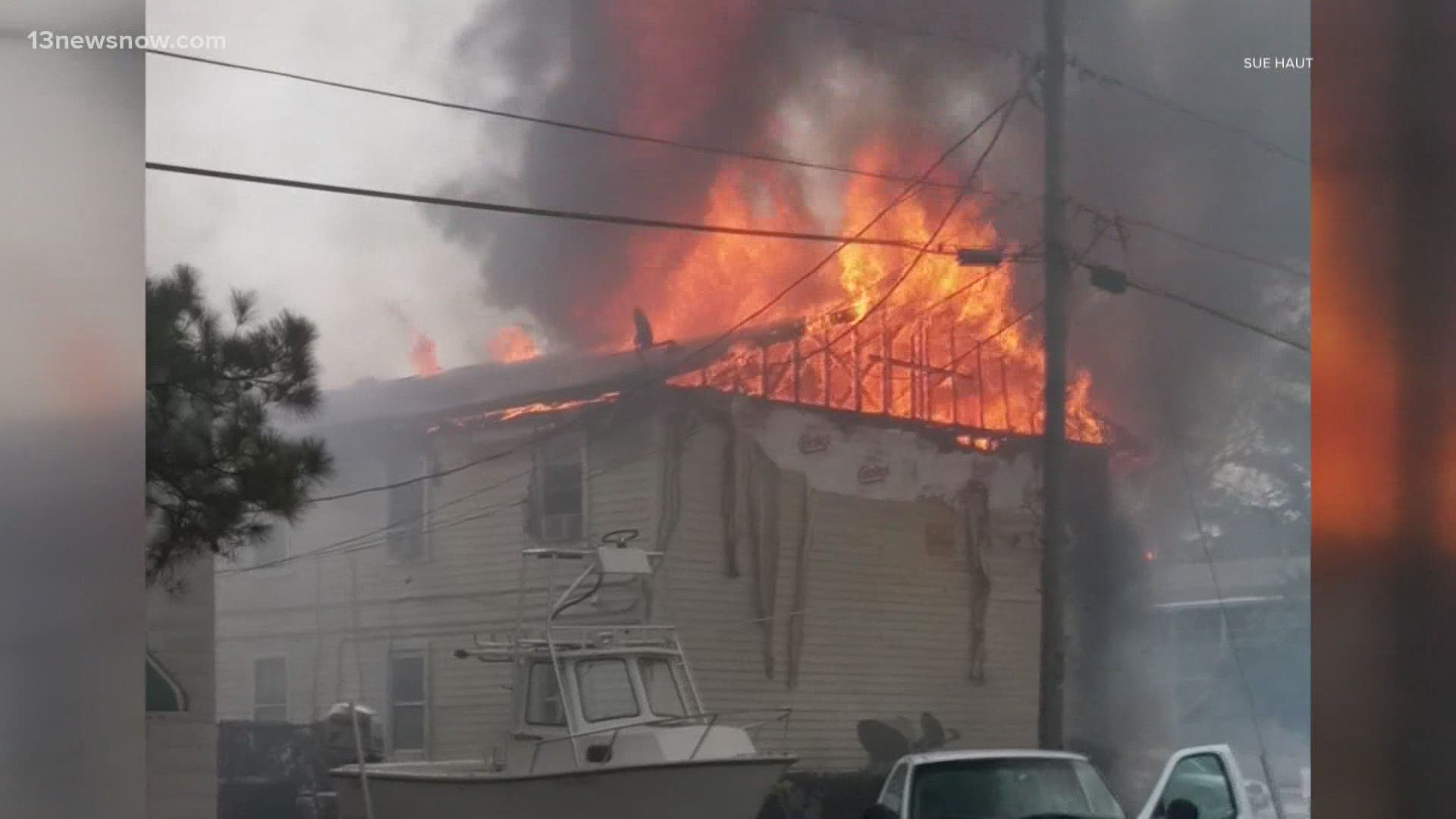 NORFOLK, Va. — Firefighters said 30 people were without homes after a fire caused heavy damage to an apartment building in Ocean View on Monday.

Dispatchers received a call about the fire in the 2900 block of Pleasant Avenue off 9th Bay Street shortly before noon.

Tennille Dozier was at home when her apartment building caught fire.

“I don’t know what to think, I don’t know how to feel. I’ve never in my life been through anything like this... never," Dozier said. "I was in the bathroom and I just heard somebody yelling, banging on my door. When I opened up the door, he was like, ‘Get out, it’s a fire.’ I looked out the door, the whole end of the building was on fire."

Sue Haut shared video and still pictures of the flames and smoke billowing from the second story of the building.

“The wind was just going to town, so I knew it was going to spread quickly," Haut said. "It was just huge. I haven’t seen a fire like that in years.”

Dozier said she only had time to grab her purse and her car keys before she ran out of her apartment.

“I was scared to death," Dozier said. "I didn’t know what to grab.”

She is among the 30 displaced people. Residents gathered in the street watching as crews extinguished the flames.

“The neighbors that stay right here in this house, they gave us blankets and water and oranges," Dozier said. "This is the worst. I’ve never in my life been through something like this. I swear. This is the worst.”

There are 12 apartment units. Robert Royster lives next door.

“I was in the house trying to do my taxes and a banging came on the door. It was the police telling everybody to get out. There was a fire going on," he said. “I was just thinking it was a little brush or something in the parking lot, a trashcan, but when I stepped out and saw it. It was a full-on fire.”

Norfolk Fire-Rescue Battalion Chief Stephanie Ramsey said the entire building is condemned because of heavy damage to the roof.

Ramsey said high winds caused the fire to spread quickly, but firefighters kept the blaze contained to one building. No one is injured, and the cause is under investigation.