'I want to serve my community' | People traveled from afar to show support at Andrew Brown Jr. funeral

While family and friends said their final goodbyes to Andrew Brown Jr., others who didn't know him well came to help in the service to show their support. 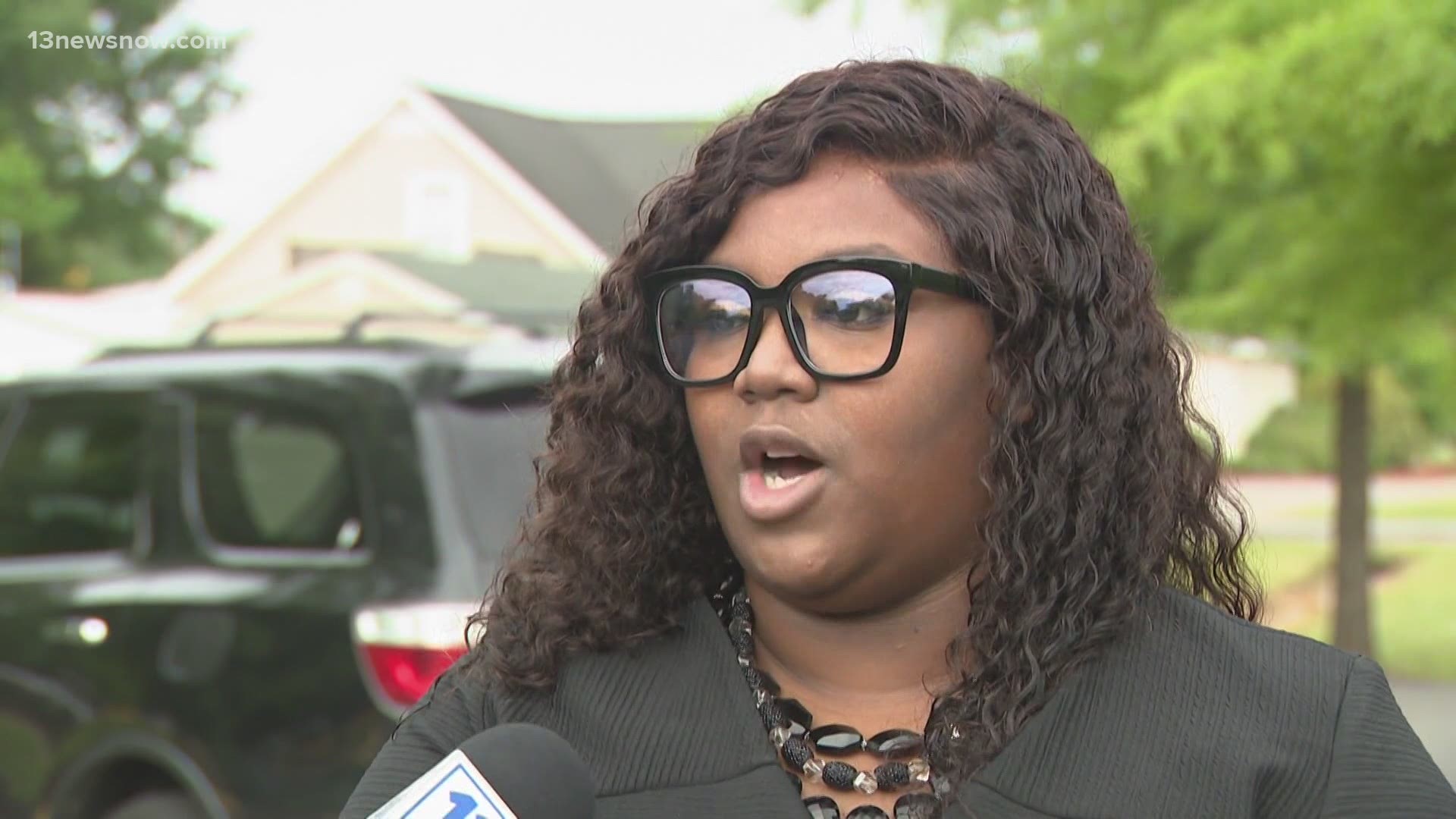 ELIZABETH CITY, N.C. — The family and friends of Andrew Brown Jr. are saying their final goodbyes at his funeral Monday afternoon before he is laid to rest.

This follows days of protests demanding transparency with the police body camera footage on the day Brown was shot and killed by a Pasquotank Sheriff Deputy.

Many people traveled from all over to Elizabeth City today, just to be a part of the service and show support.

Melodie Whidbee, who spoke with 13News Now, said she performs at funeral services all the time - but never thought she'd have to come all the way back home in Elizabeth City to perform for members of her own family in a time like this.

"You know, you'd never think it would hit home," said Whidbee. "Just to have it happen here, you know, it's very heartbreaking."

Whidbee said when she heard about what happened in Elizabeth City with the death of Andrew Brown Jr. and the surrounding protests, she wanted to somehow be a part of it.

A distant family member of the Brown family, Whidbee said she felt even more compelled to pay her respects by singing in the chorus for the funeral service at the Fountain of Life Church.

Whidbee said not only is Brown a part of her family, but he is also a member of her community, which she has seen protest peacefully across the city over the past couple of weeks.

Over the weekend, family and friends of Andrew Brown Jr. took to the streets to protest, continuing to demand transparency from the Pasquotank Sheriff's Office and investigators.

Since the court ruled not to release the police body camera footage, more protests have broken out. Sheriff Tommy Wooten said he will continue to petition for the release of the video.

Whidbee said she feels proud to be from such an outspoken city and to help the family during this time.

"Honestly, I'm just hoping we can bring some type of peace and...lift a burden off of people, especially their hearts, because right now everybody is hurting and it hurts to see everyone you love hurt," said Whidbee.

The family held two separate viewings on Sunday where it was more open to the public. Monday's funeral service is limited to invitation-only.