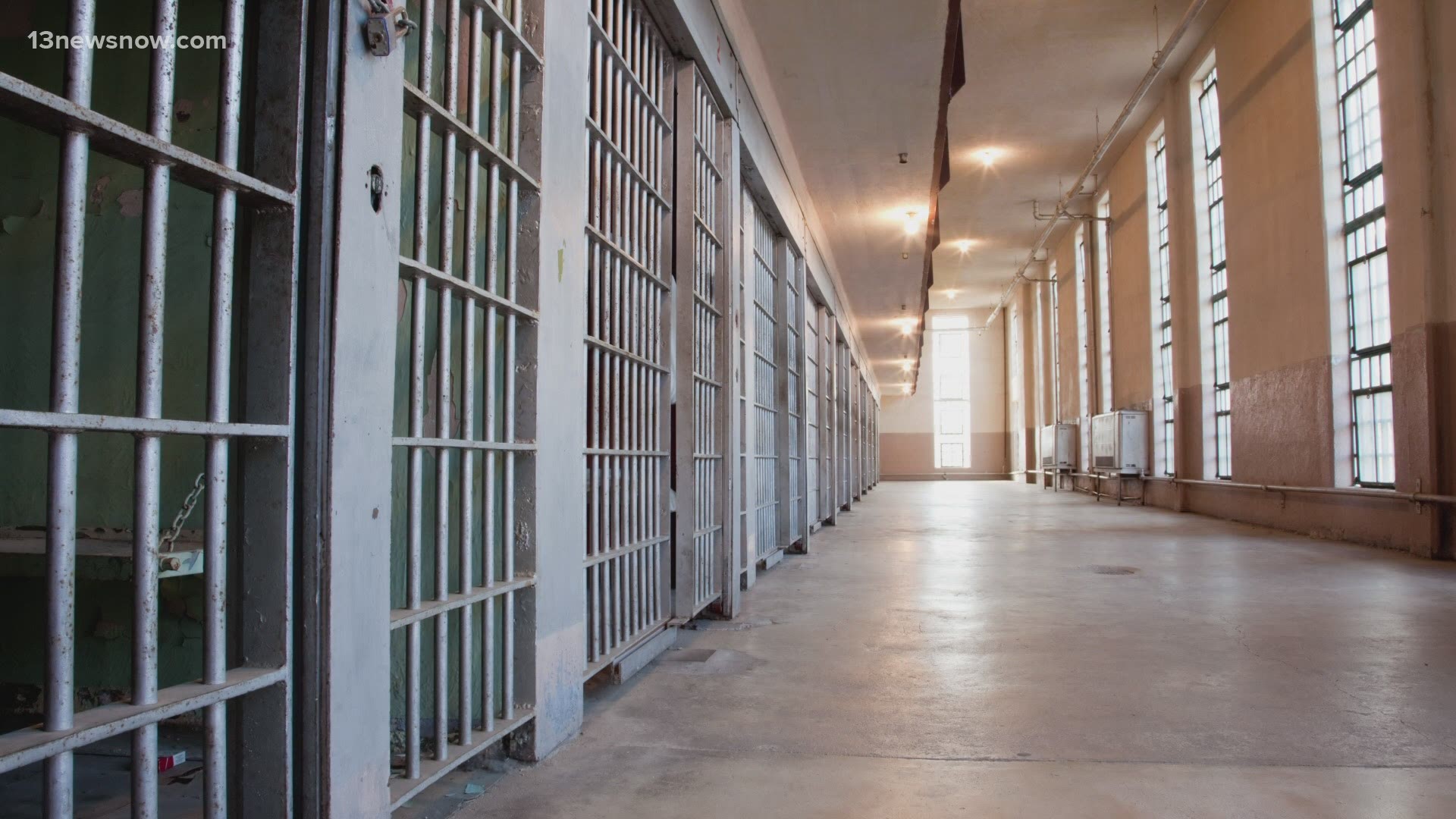 JAMES CITY COUNTY, Va. — EDITOR'S NOTE: The original version of this story was pulled from the Associated Press. It stated that The Virginian-Pilot reported the inmate was found dead in the jail. After talking to the spokeswoman for the jail and reviewing the news release, we have adjusted the story to reflect that the inmate died after medics took the inmate to the hospital.

An inmate at Virginia Peninsula Regional Jail (VPRJ) died at the hospital Sunday after an officer found the inmate unconscious in a cell.

Spokeswoman for the jail Sara Mahayni said the officer found the inmate just after 1 a.m. while the officer was making a security round. The officer declared a medical emergency. Emergency Medical Services and members of the James City County Police Department responded. Jail staff members started CPR and used a defibrillator before the additional help got there.

Medics took the inmate to the hospital where he died.

Mahayni said the inmate reported to VPRJ on Friday, October 9, two days before the officer found the inmate in the cell. Mahyani added that the inmate was processed at Intake following the jail's COVID-19 screening procedures and that there was no reason to believe that the death was related to the disease (coronavirus).

The jail was waiting for preliminary autopsy results. The Virginia Department of Corrections will investigate what happened which is routine whenever anyone dies in the custody of a jail.