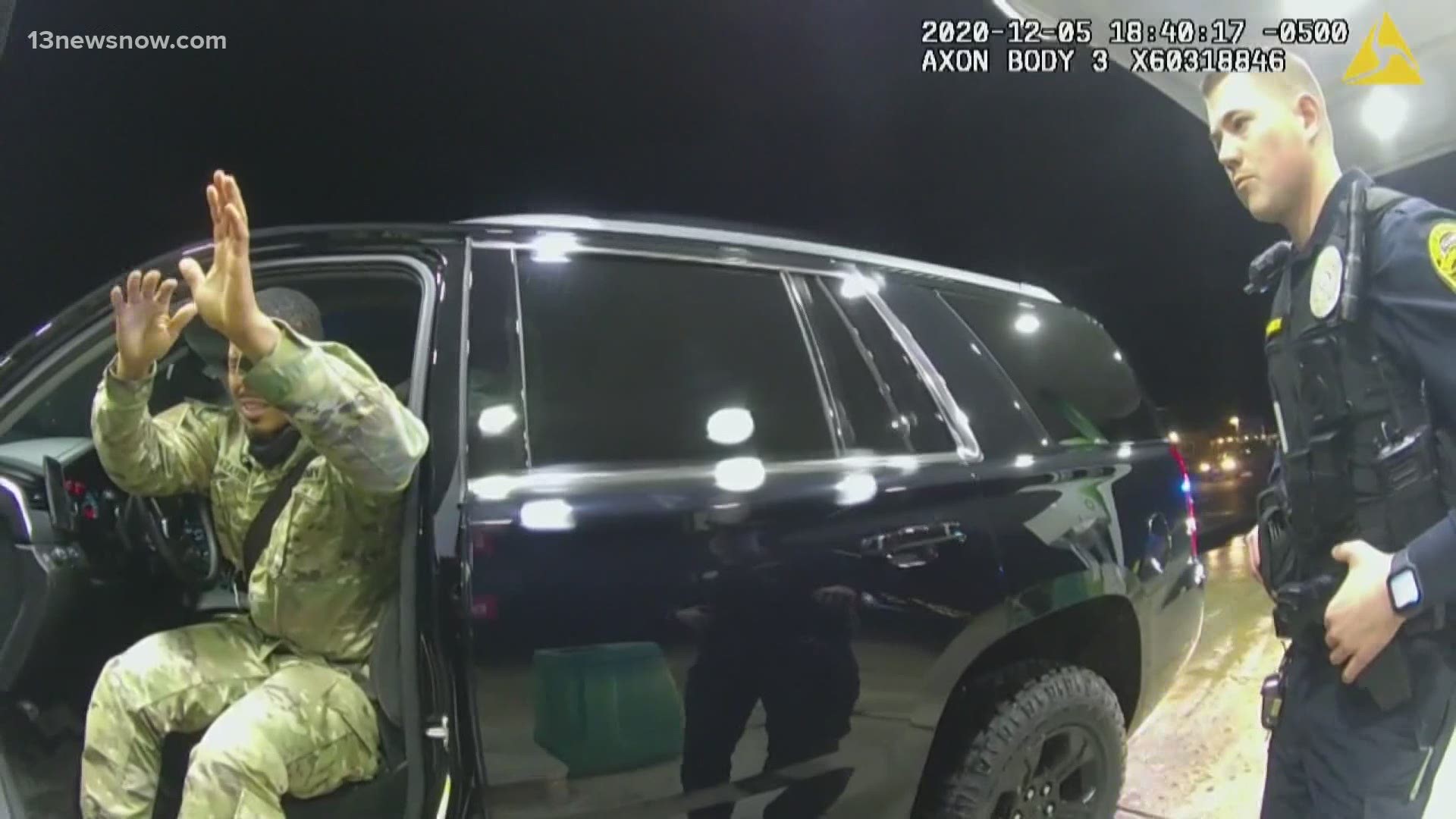 WINDSOR, N.C. — The Isle of Wight NAACP said they are not giving up. The group is still pushing for accountability after a December 2020 traffic stop.

Former-officer Joe Gutierrez pepper-sprayed Nazario, who had his hands up out of his car window.

Gutierrez was fired after a lawsuit was filed in April, followed by public outcry and an internal investigation.

The second officer at the scene, Daniel Crocker, is still with Windsor Police.

“I think it’s simple. This town has made it clear. They only acted when things went viral,” said NAACP leader Brandon Randleman.

The Isle of Wight NAACP launched what they call a national major public engagement campaign.

"We are encouraging everyone to make their voices heard," Randleman said. "We cannot let these issues go away. We can’t let any of them go away."

Last week, NAACP leaders met with Windsor Town officials, but they said they haven’t heard from those officials since that meeting.

“I keep going back to: this is, we just ask for accountability," Randleman said.

“Black and white people have reached out and said we have lost confidence in this chief,” he explained.

The new website has a petition, information, and a spot where you can email town leaders about your concerns. Randleman said there can't be justice without accountability.

"We may not resolve all of our problems down here, but if we keep pushing and we keep fighting and we keep working together, therefore we think we can get an inch closer to justice," he said.