Contrary to social media posts, there was not a shooting during the game Friday. 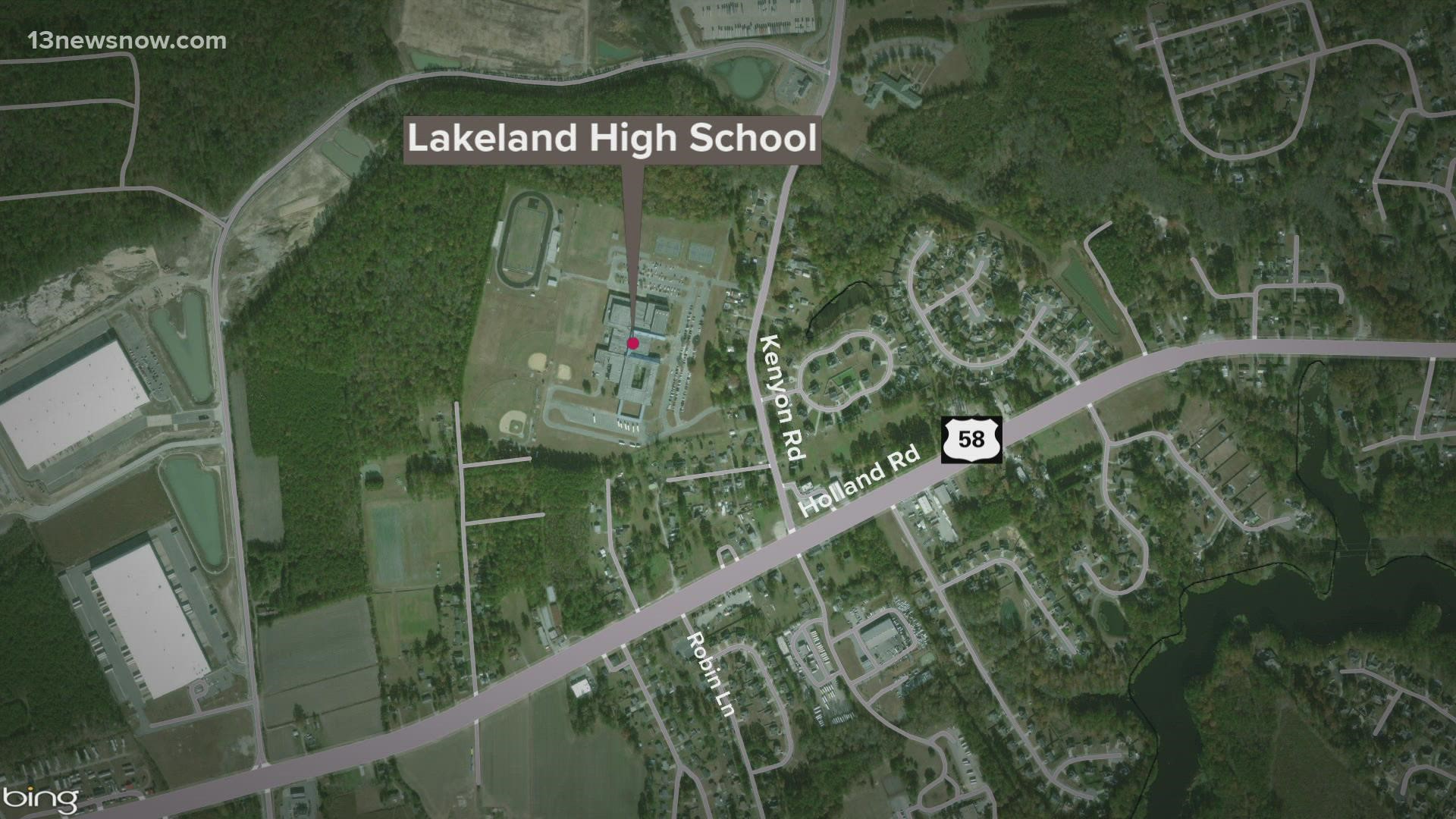 SUFFOLK, Va. — Contrary to social media posts circulating, there was not a shooting at a Lakeland High School football game Friday night.

While there wasn't a shooting, Suffolk police said a fight did break out and the game had to end early.

Officers who were working the game intervened in a spectator disturbance around 8:40 p.m.

Police say at that time, the school administration made the decision to end the game. No injuries were reported.

Officers are still on the scene and said that police routinely work security at these events.

The news comes as Hampton Roads sees an increase in threats of violence at schools, and after a shooting at Heritage High School on Monday.