Police said their initial investigation showed that the bicyclist turned left in front of the light rail before being hit. The man is expected to recover. 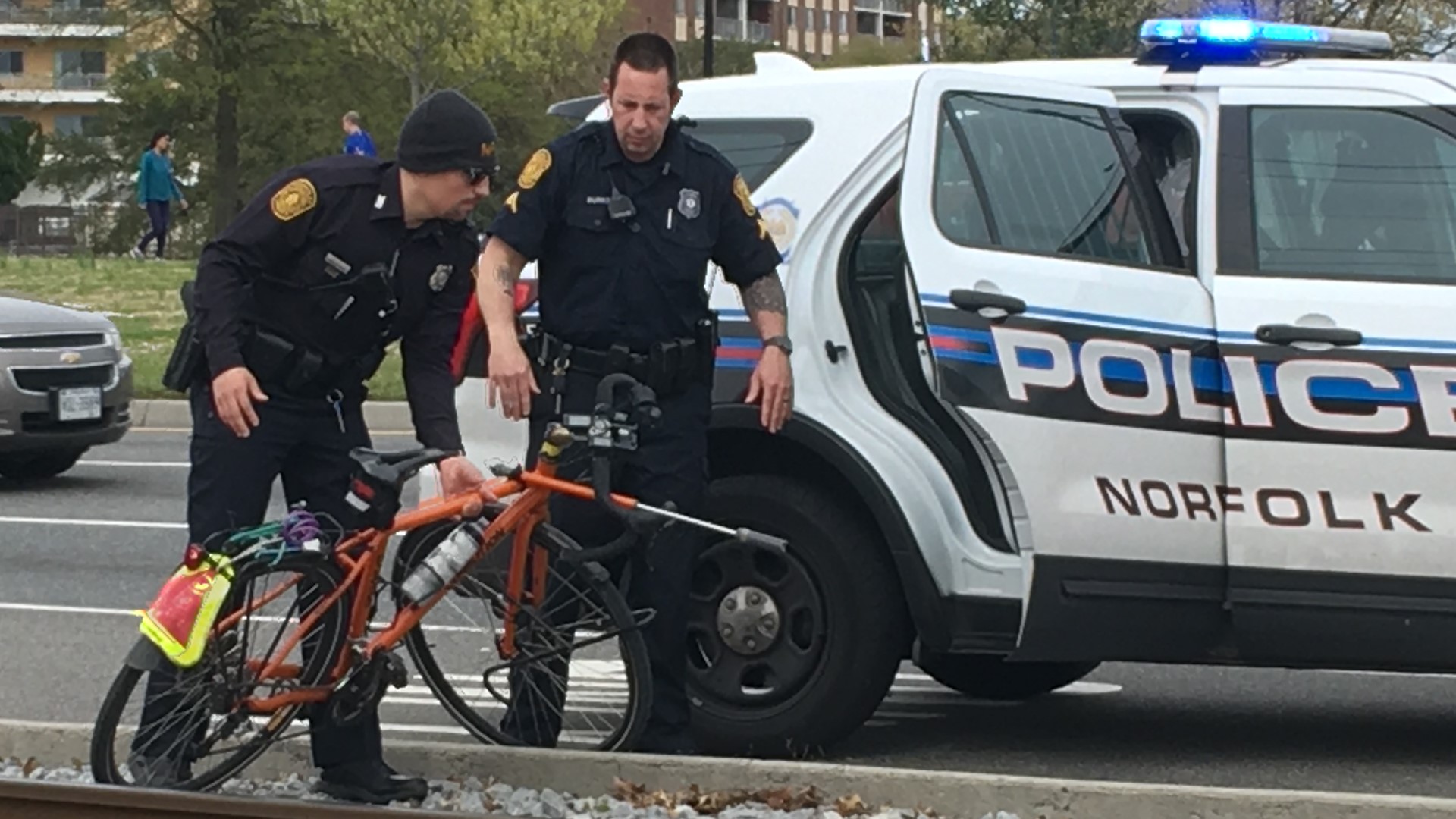 NORFOLK, Va. — A Norfolk bicyclist was hurt Tuesday after being hit by a Tide light rail train.

Norfolk Police and Norfolk Fire-Rescue responded to the accident around 2:30 p.m. at the intersection of West Brambleton Avenue and 2nd Street.

Credit: Brandon Graves
Police recover a bicycle after its rider was hit by the Norfolk light rail.

Police say their initial investigation suggested a man on a bicycle was struck by the light rail after turning left in front of it.

The bicyclist was taken to Norfolk General Hospital for treatment and is expected to recover.

Following the accident, Hampton Roads Transit instituted a Bus Bridge so light rail riders can make it on to their destination.