Human trafficking is a $150 billion industry worldwide, and it's steadily growing in Virginia. 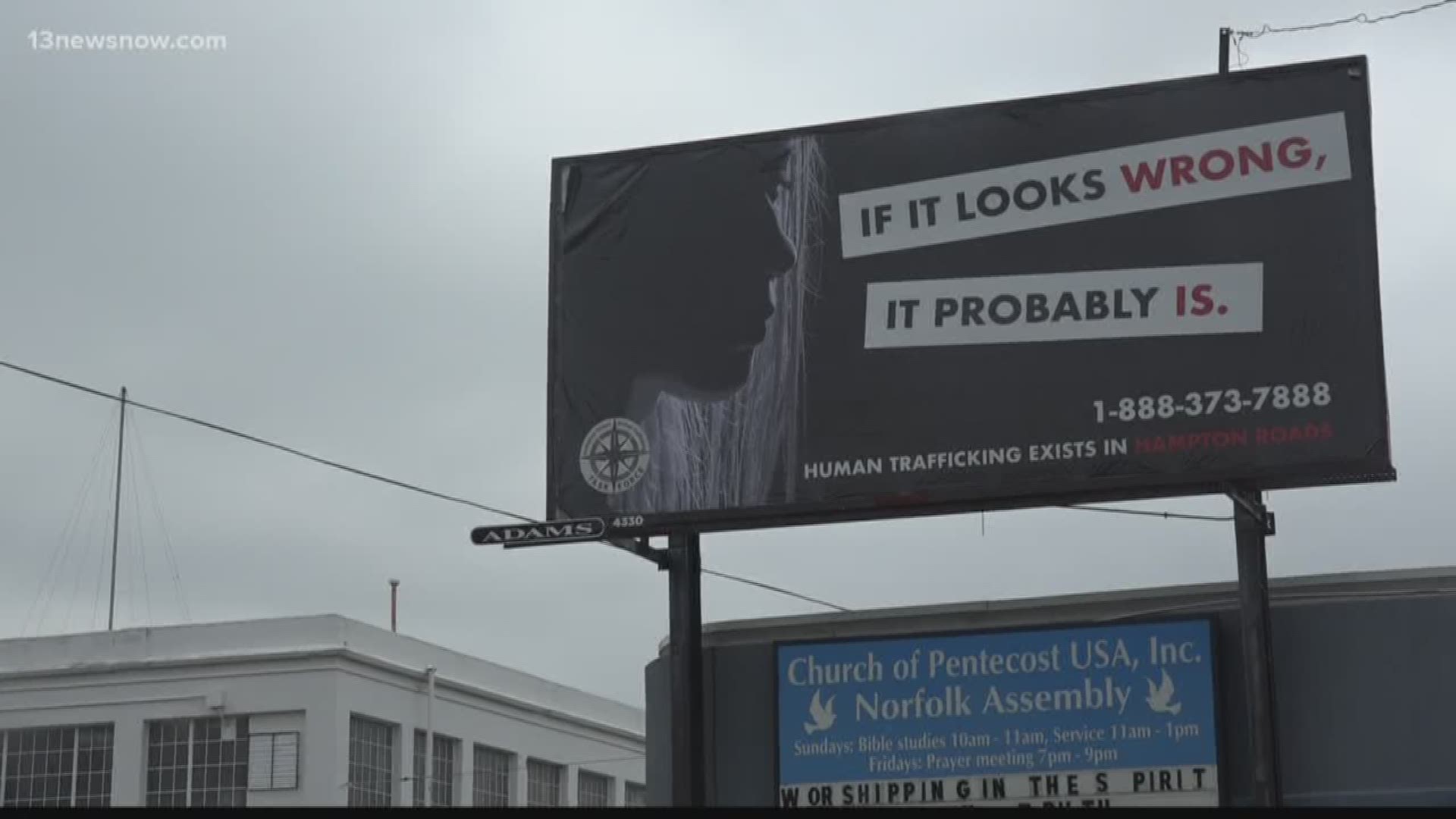 NORFOLK, Va., (WVEC) -- Human trafficking is a $150 billion industry worldwide, and it's steadily growing in Virginia.

Attorney General Mark Herring and the Hampton Roads Human Trafficking Task Force are making a public effort to crack down on it.

They’re on a mission to stop the selling of people for labor, sex, and other services.

Herring announced that since the organization’s inception in 2017, they’ve had 108 new trafficking investigations.

The task force has made 45 arrests and rescued 76 victims, but now the task force is taking its message to new heights.

This community force is in the beginning stages of putting 8 billboards up around the Commonwealth to send a message to the victims and traffickers.

Overnight, three of them are up, on Lafayette Boulevard, Hampton Boulevard, and on Grandby Street in Norfolk.

The billboards are inspiring people to call the National Human Trafficking Resource Center’s hotline. (1-888-373-7888) This campaign will also include bilingual digital advertising to reach all victims.

Homeland Security Investigations special agent, Dewey Mann is part of the task force. He said citizens will encounter people in their daily lives out and about or in their workplace. He believes community awareness is key to rescuing human trafficking victims.

“If we can just rescue one victim, that’s a success in our books,” said Mann.

Samaritan House takes in the victims if they want help after law enforcement finds them. Robin Gauthier is the executive director of Samaritan House.

"We weren't aware how prevalent it was until we really got into it and started accepting people so, over sixty victims thus far," said Gauthier. “This is just the tip of the iceberg.”

The task force is using all they can of their 1.4 million dollars grant they got back in 2016 to raise awareness in the community.

Part of that work soon involves using social media to spread the message. Posts will begin to go out on Facebook and Twitter in the coming weeks.

Signs of Human Trafficking include poor living conditions; mental or behavioral problems like being afraid and anxious, especially around law enforcement; poor physical health, like signs of abuse; and lack of control when it comes to money, or even speaking freely.

If anyone notices those signs in someone, they are asked to contact police.