A Newport News man is making a difference, thousands of miles away. 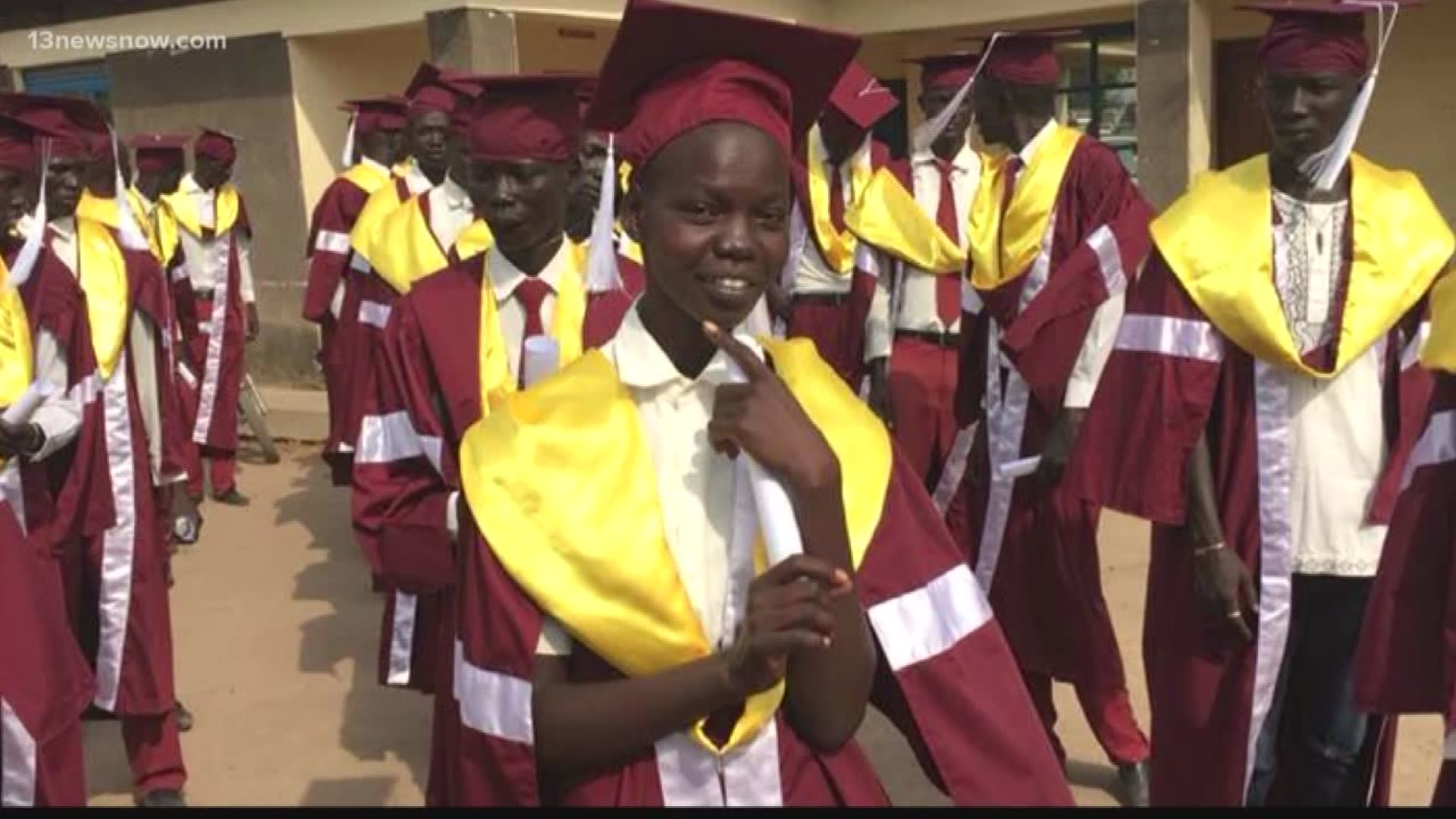 NEWPORT NEWS, Va. (WVEC) -- A Newport News man is making a difference, thousands of miles away.

Since becoming a citizen of the United States and getting his master's degree, he's set up a non-profit to help kids in his home country, South Sudan.

"We could not believe an idea that one person shared with a few people could be something so tangible that could be seen," said Maker.

When he dreamt of helping educate kids in South Sudan, he wasn't going to stop until it happened.

In February, he helped 60 students in South Sudan graduate from a high school, by helping build the school through his non-profit 'Abokloi.'

He founded the organization in Newport News.

Not only does he help students graduate, he also helps them develop skills and find jobs. It's his way of giving back to kids he can relate to.

"It was really an amazing thing in my life seeing everything over there," he said. "It was a wonderful thing to see. It was so emotional."

This is what Maker has always wanted to do, with the help of his wife, Stephanie, help educate kids in his home country that has a long, war-torn history.

It's a story he can relate to, being one of the 'Lost Boys of Sudan.'

Maker said he's headed back to South Sudan in November for another graduation ceremony.

To learn more about his non-profit or donate to his school, click here.