A local teen's discovered a new finding on Parkinson's disease that could help give scientists a new perspective. 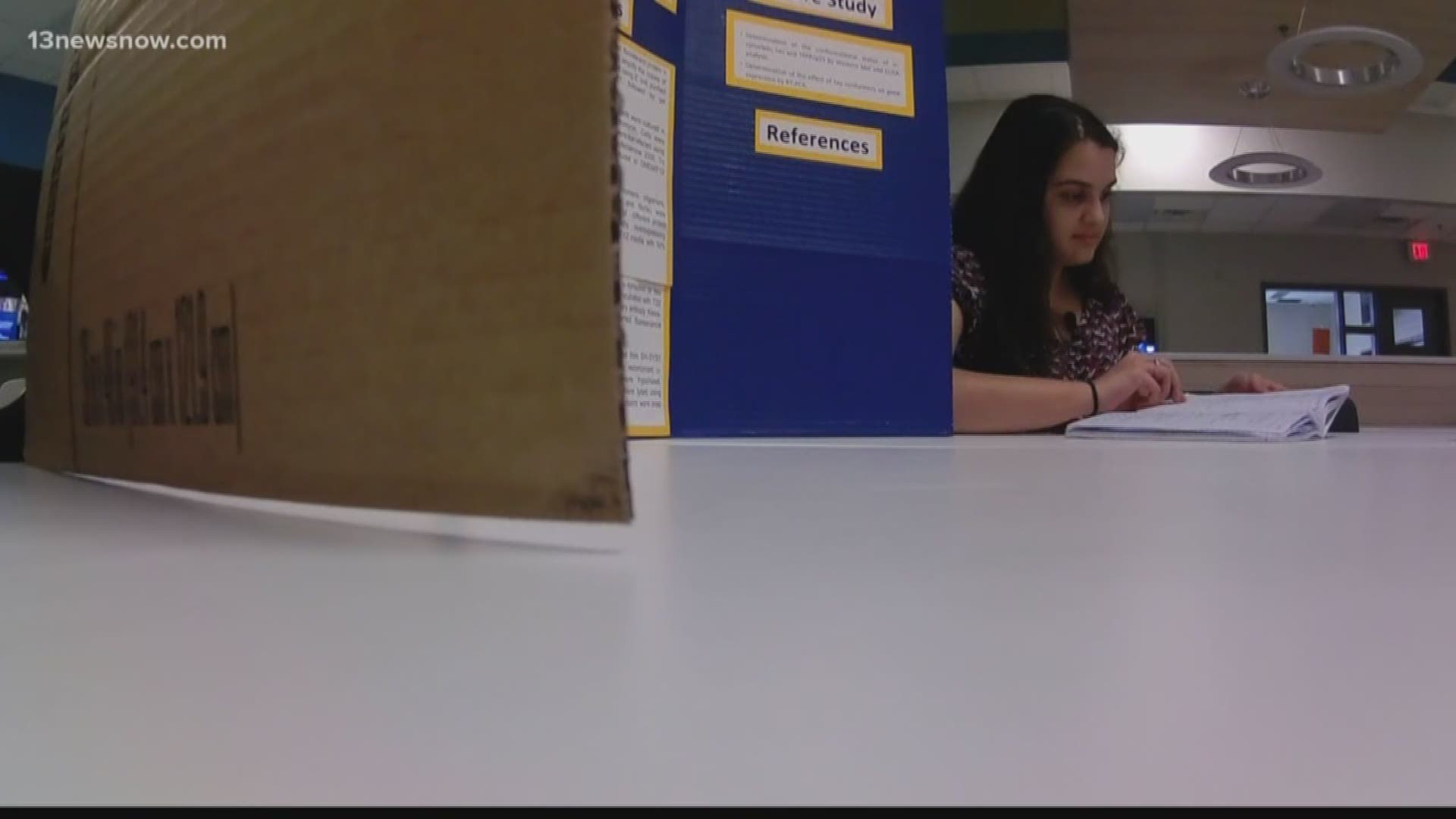 WINDSOR, Va. (WVEC) -- While most high school seniors are preparing for graduation, one local teenager is doing much more than just sliding her way to summer.

Anjali Patel is a senior at Windsor High School, and she also goes to the Governor's School for Science and Technology. Three days a week, she does research with a mentor at Hampton University's lab.

Her research on Parkinson's disease led to a finding that could help give scientists a new perspective on the disease.

"I spent my entire summer reading my mentor's entire publications and her research," said Patel.

Her reading prepped her for her lab work at Hampton University, and research on Parkinson's Disease.

As Patel explained to 13News Now, there are three proteins involved in the onset of the disease. It's been known all are involved, and how two of them interact. This is where Anjali's groundbreaking research comes in.

"The project was based on the interplay, how they play with each other, for the disease to progress," she said.

She figured out how the second protein, called "tau," interacts with the third protein, known as "TPPP/25," completing this triangle shown in her presentation.

Her work earned her a spot at the Intel International Science and Engineering Fair in Pittsburgh next month. It's the largest pre-college science fair in the world.

Patel said she plans to go to UVA next year, then hopefully medical school at Stanford. She wants to be a neurologist, and continue her research on Parkinson's.

Below she further explains her findings: