Thousands of oysters were planted in the bottom of the Lafayette River Thursday night. They will help filter the water, and provide homes for more than 300 species. 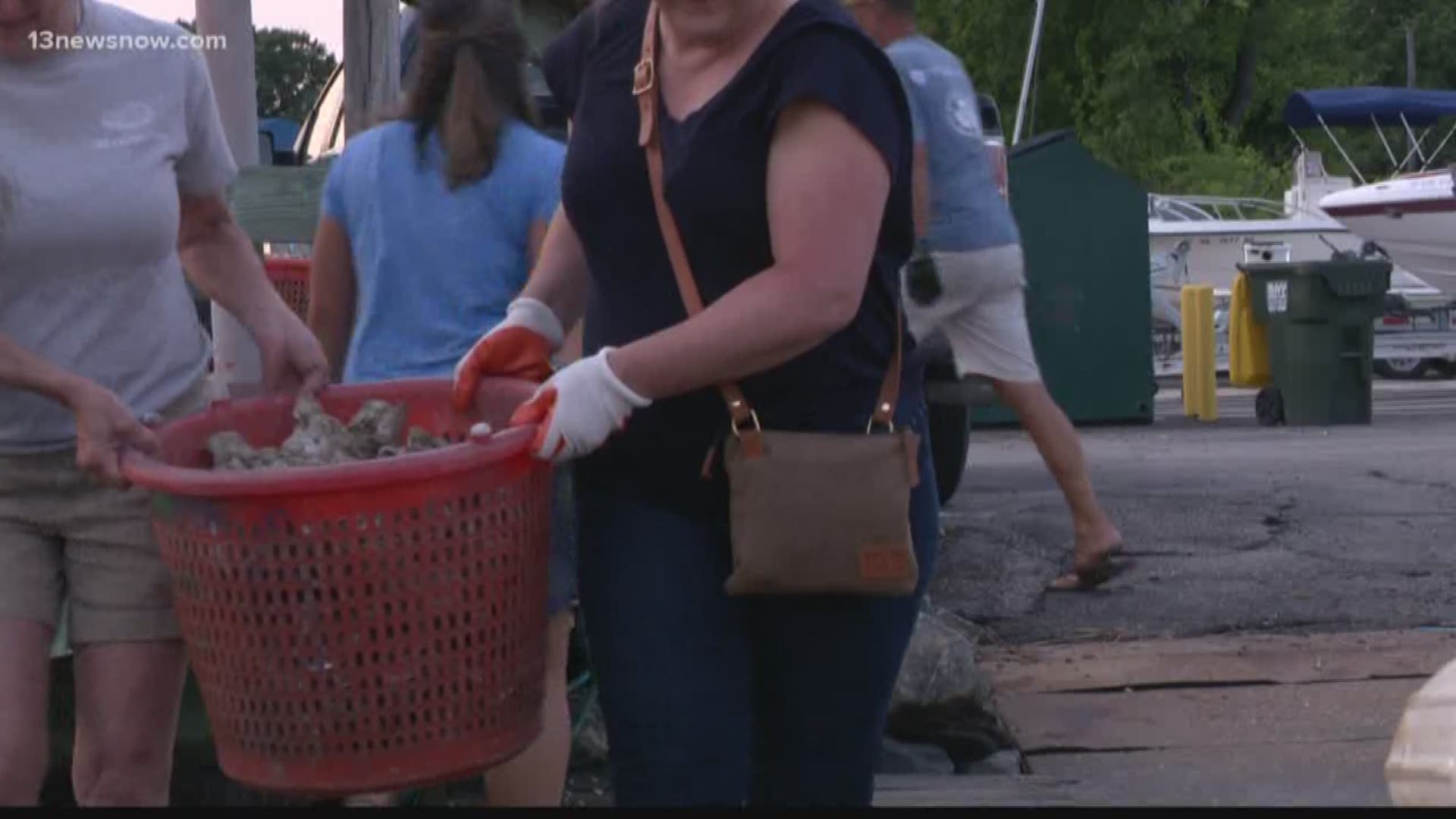 NORFOLK — NORFOLK, Va. (WVEC) -- Thousands of oysters were planted in the bottom of the Lafayette River Thursday night. They will help filter the water, and provide homes for more than 300 species.

It’s part of an on-going program run by The Chesapeake Bay Foundation.

“One adult oyster can filter up to 50 gallons of water a day, so you get a lot of bang for your buck with oysters,” said Kelly Davis with the Chesapeake Bay Foundation.

This is the 20th year that the Chesapeake Bay Foundation has organized the Oyster Garden program. There are more than 300 participants throughout Hampton Roads.

“Take some oysters home with them if they live out on the water, grow them for a year, and then they bring them back to us a year later and we plant them on a sanctuary reef,” said Davis.

Oyster Gardener Robert Burnett brought in 700 Oysters. He said this is the ultimate form of recycling.

“It makes me feel wonderful. I’ve lived and played on the river for 40 some years, and the chance to give back and help with the restoration of the bay and everything,” said Burnett.

After the gardeners drop off the fully grow oysters they are given a new basket of shells, often donated from restaurants, and on those shells are spats or baby oysters, and the cycle continues.

“You just hang the cage off of your dock, it’s just really simple, we tell people it’s a step above taking care of a pet rock because they are really low maintenance,” said Davis.

“I clean them a couple times a year. I pull them up because I got a power washer, so I spray them off, get the mud and gunk off, but other than that it’s a matter of putting them in in the summer and bringing them out in the spring,” said Oyster Gardner Bob Hume.

These oyster gardeners said over the years there is a significant difference especially when it comes to water clarity and cleanliness.

The overall goal is to replenish the entire Chesapeake Bay with 10 billion oysters by the year 2025.