'An increase of demand like we've never seen' | Long wait times for COVID testing, results across the Triad

With case numbers going up and Thanksgiving days away, coronavirus tests are in high demand. Test administrators said it can be hard to keep up. 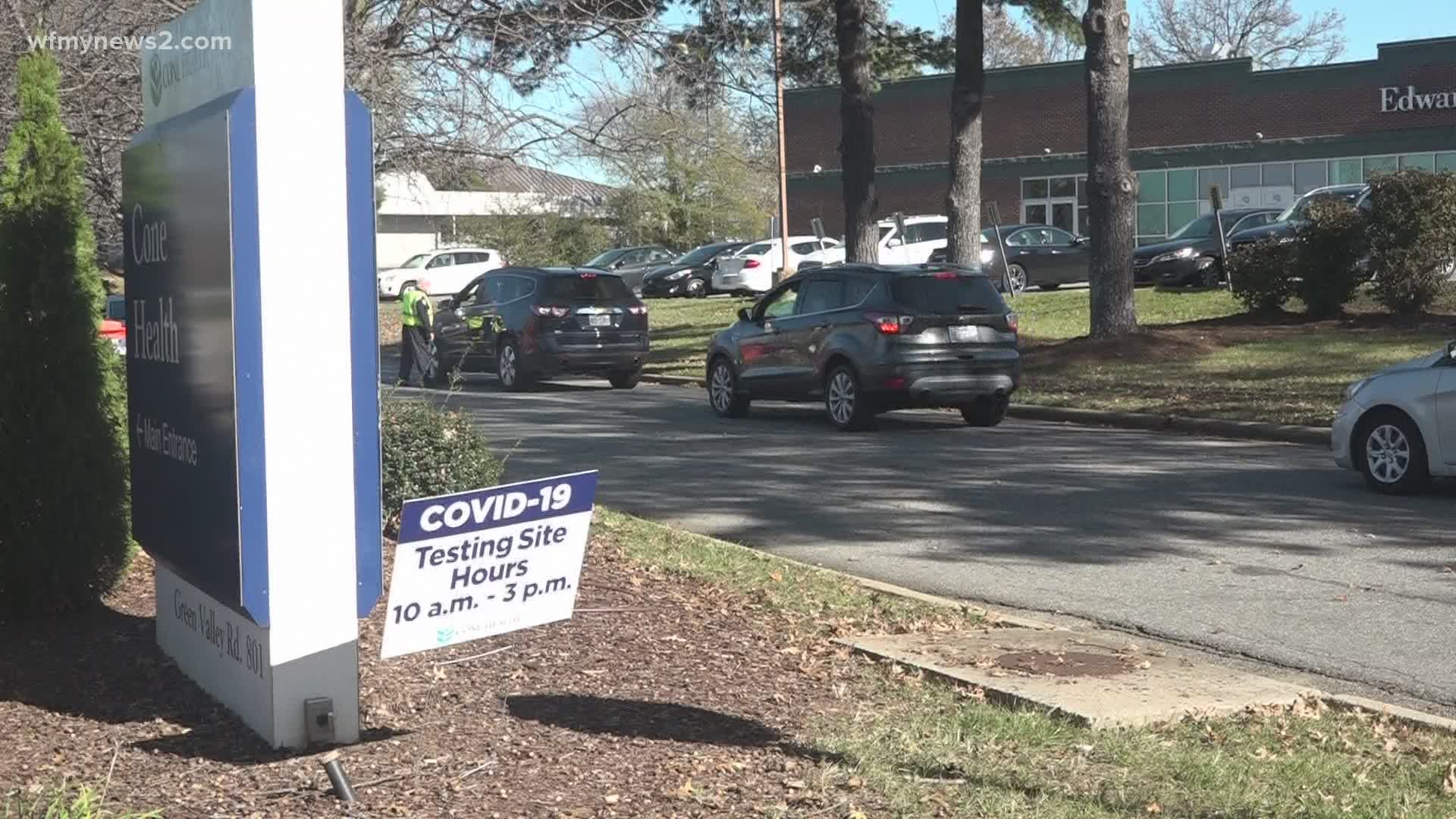 GREENSBORO, N.C. — Some waited for hours to get coronavirus tests in Greensboro Friday.

The line at Cone Health's Green Valley campus sometimes stretched into the street.

A rush of people are getting tested before Thanksgiving with the hopes of not spreading the virus to family and friends.

"We are seeing an increase of demand like we have never seen," David Thompson said, "probably a big driver of that right now is just the holidays coming up. A lot of people are wanting to be tested."

"I would say two to three weeks it's been like this," Anna Troxler said.

Troxler owns a boutique and a hair salon on Green Valley Road. She said testing traffic blocks her customers.

Thompson said Cone Health has plenty of tests but traffic issues make it hard to test everyone. When the wait gets over two hours, testing staff turn people away.

"The space, the staff, that demand of people coming through at that, between the hours of 10-3 it is just almost impossible to keep that much people going through at one time," Thompson said.

Cone Health's locations do not require an appointment for testing but some others do. The Guilford County Health Department offers testing at its Wendover Avenue location by appointment.

There could be a wait after your test too.

Thompson said Cone Health tests can take up to five days to get results right now.

According to NCDHHS website, the average turnaround time from the swab to the final result is two and a half days. Thursday's newly confirmed cases took three and a half days to get results.

Triad based labs, Quest Diagnostics and LabCorp said their turnaround times can now take one to two days on average.

Thompson said Cone Health is planning on moving to test indoors and making it by appointment only to cut down on the wait times at Green Valley.

Cone Health hopes to have that in place by mid December.

Cone Health will be closed to coronavirus testing on Thanksgiving and Black Friday.

RELATED: 'It is a painful, lonely way to die' | Healthcare workers plea to the public after North Carolina shatters single-day case record