Coach Kuechly? The former Panthers linebacker is considering it after retiring

NFL Network reports that the recently retired linebacker may not be ready to give up on football. 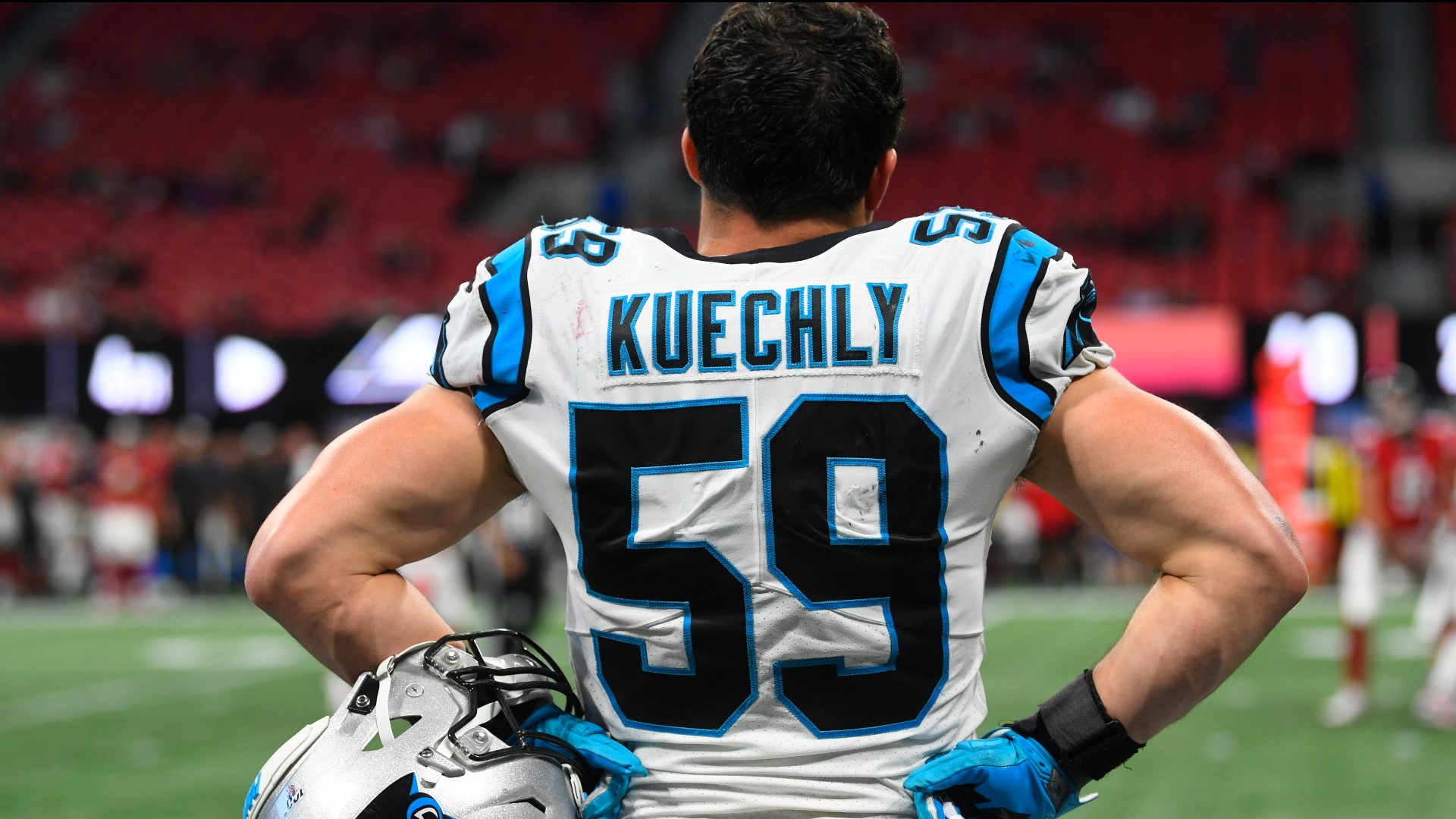 CHARLOTTE, N.C. — (WBTV) - Luke Kuechly retired as an NFL player this week, but one report suggests he may not be ready to give the game up entirely.

NFL Network reporter Mike Garafolo reported on “Good Morning Football” Saturday that the former Carolina Panthers linebacker has considered going into coaching or working as a consultant for an NFL team.

The seven-time Pro Bowler announced his retirement in an emotional video posted on the Panthers’ Twitter page.

Kuechly just finished his eighth NFL season and is one of the most beloved players to ever wear a Carolina uniform and one of the top linebackers in the NFL.

WATCH: Is early retirement the new trend in the NFL?

RELATED: 'In my heart I know it's the right thing to do,' Luke Kuechly retiring from the Panthers after eight seasons