Making a Mark: Carrollton teen to be featured in Times Square

Trevor Scherrer, from Carrollton, is hoping to raise awareness of inclusivity, love and happiness not only here in Hampton Roads, but around the world. 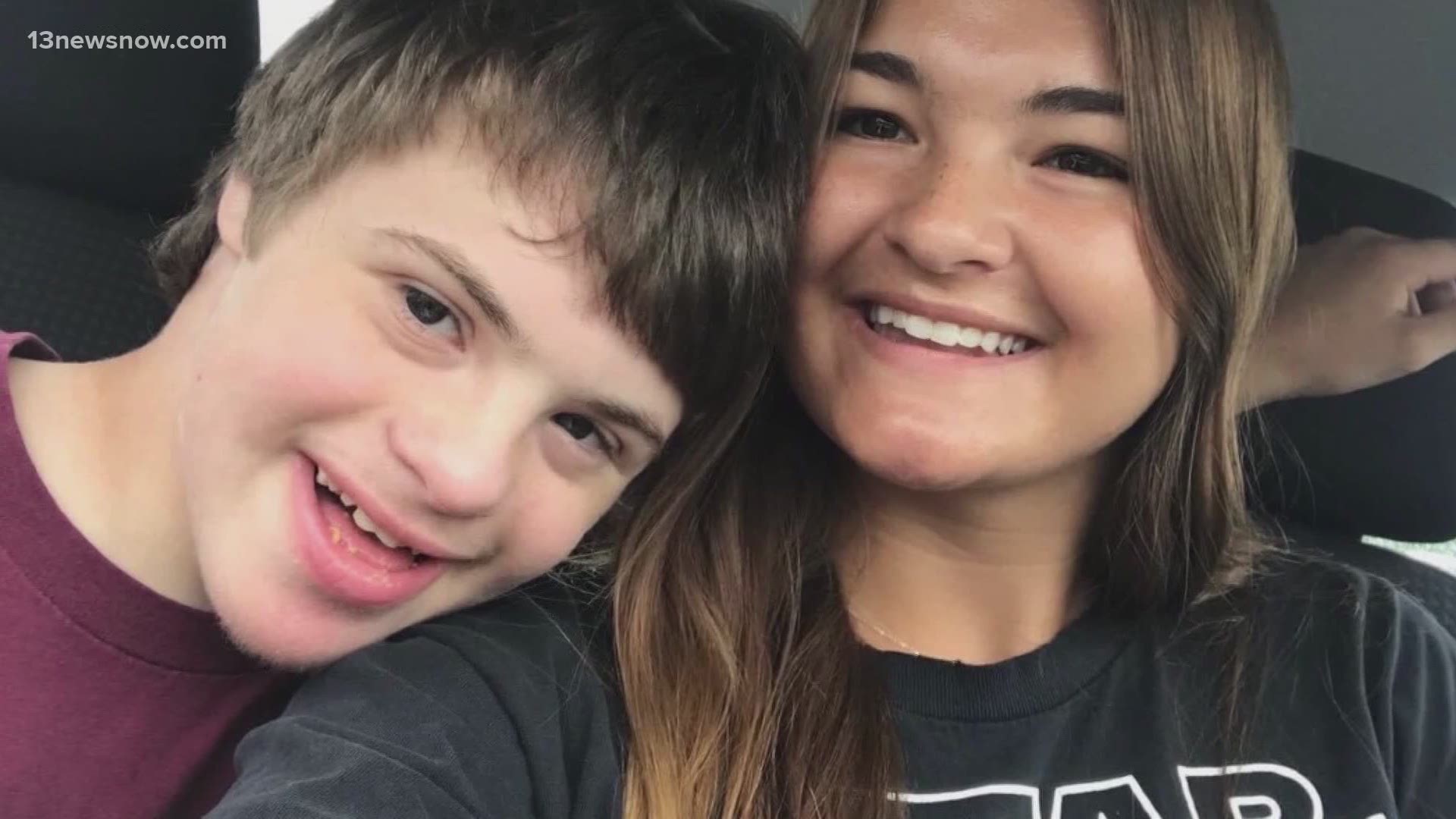 ISLE OF WIGHT, Va. — Trevor Scherrer, a Carrollton resident, is making a big debut. He will appear alongside the bright lights of Broadway in New York City on September 12, 2020.

It’s all part of the National Down Syndrome Society’s annual Times Square video presentation, hoping to bring awareness and urge inclusivity for those with special needs.

People from all over the world applied to be in the video, only 500 were accepted. One of those 500 is 15-year old Trevor.

The photo that will pop up in the Big Apple is one of him surfing with the Surfers Healing organization in Virginia Beach.

His mom Jeanine Scherrer recalled the moment with her son, she says it was exciting to see him open up and try something new.

"He went out, he got on this surfboard and he was actually surfing with the guy!”

Trevor is beyond excited to see his photo in New York, but his mom says this is a moment for Trevor to shine and share the idea that everyone should feel included.

“He just wants to be loved, included and be a part of society,” she said.

Scherrer added that it’s difficult to see her son feel left out.

“One of the hardest things as a parent is when you go to a school function or an event and see him sitting on the side; to see people not taking the time to get him involved.”

Trevor is hoping to raise awareness of inclusivity, love and happiness not only here in Hampton Roads, but around the world. His mom said even though he’s not as verbal as some, he loves more than most.

To donate to Trevor’s cause and become one of “Trevor’s Troopers” visit his donation page with the National Down Syndrome Society.