The cause of the crash is still under investigation. 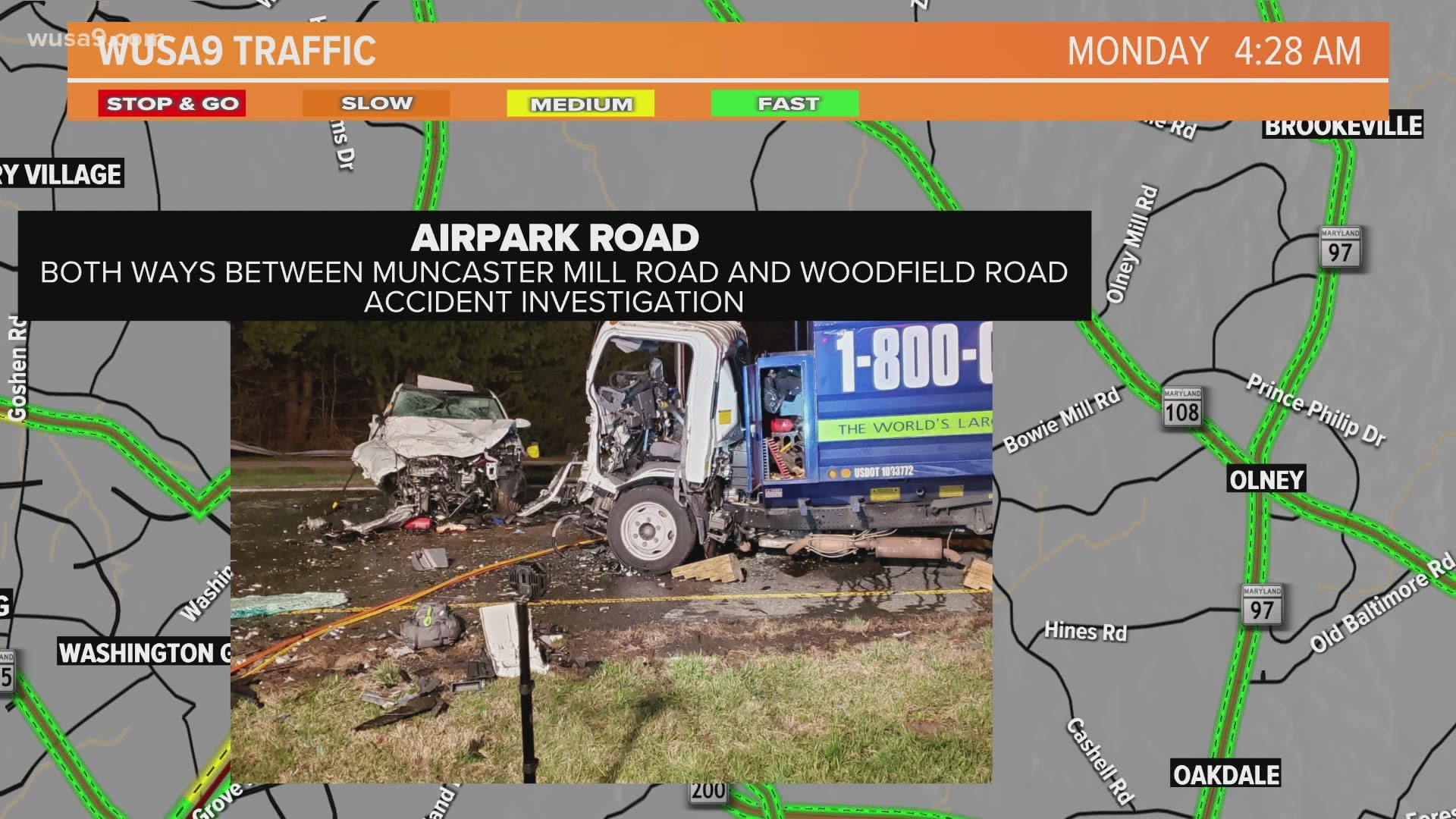 GAITHERSBURG, Md. — One person is dead after a head-on crash on Airpark Road late Sunday night, according to Montgomery County Fire and Rescue crews.

The crash happened around 10:30 p.m. on Airpark Road near Muncaster Mill Road in Gaithersburg, Maryland. Roads were closed for several hours overnight for the crash investigation. Roads reopened around 5:30 a.m.

For reasons still under investigation, the Jetta left the road, went airborne and crashed into the dump truck in the eastbound lane of Airpark Road.

The driver of the Jetta, Ryan Alexander Yoder, 17, of Olney, was hospitalized with non-life-threatening injuries.

The crash remains under investigation. Anyone with information is asked to call the Collision Reconstruction Unit at 240-773-6620.