Meet the 79-year-old school bus driver. She is approaching 5 decades behind the wheel

“Oh, there’s many memories,” Anne Cuddy said. “I’m just not ready to give it up.” 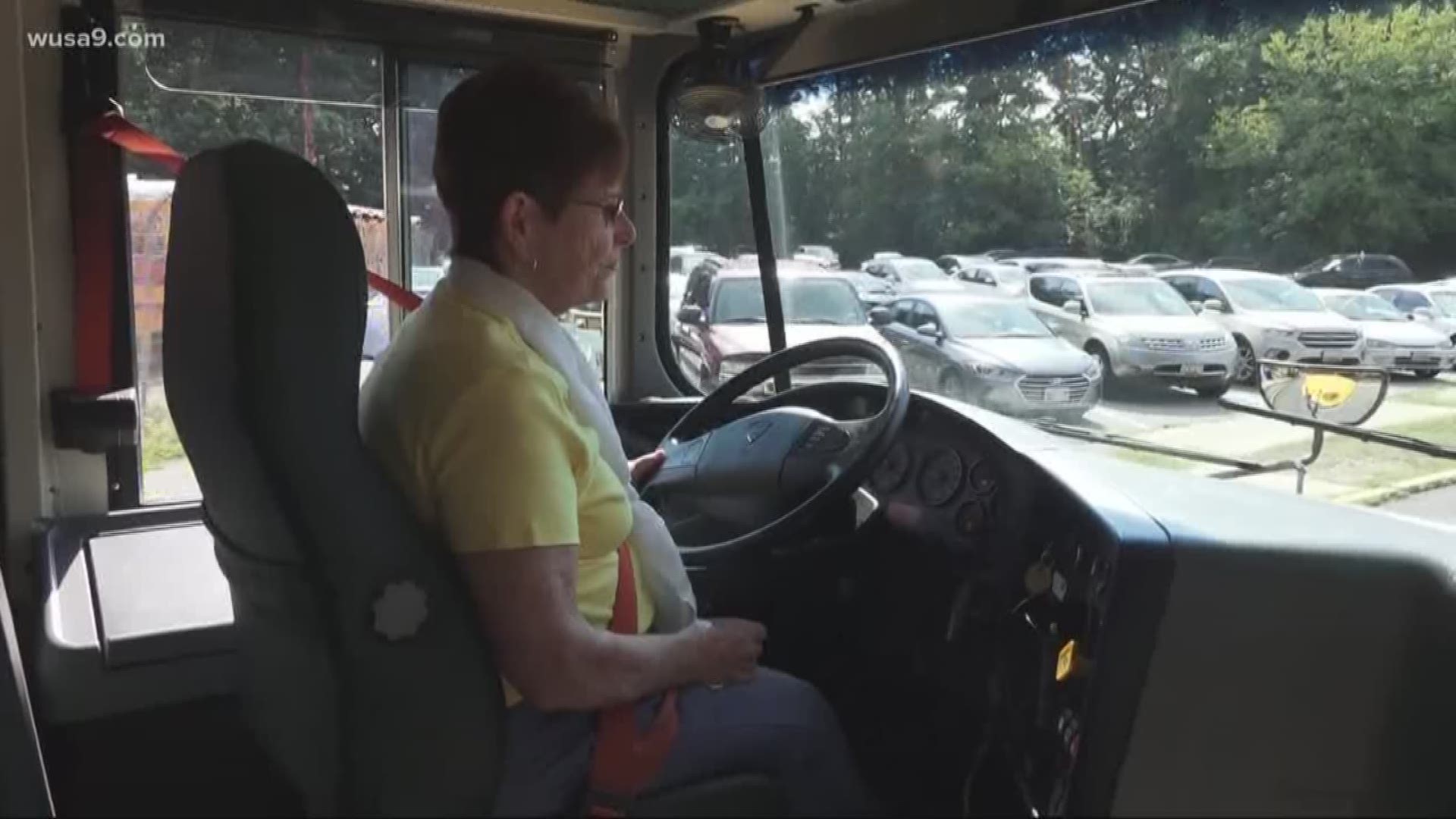 GREENBELT, Md. — Anne Cuddy is somewhat of an expert on just about every size and type of school bus Prince George’s County Public Schools has in its fleet.

She has been driving school buses out of the Goddard Bus Lot in Greenbelt for nearly five decades.

“I’ve been here 48 years,” Cuddy, who is affectionately known as Miss Anne, said.

The 79-year-old. Red-headed woman is known for her sense of humor.

“As long as Loreal is around, I won’t (have gray hair),” she laughed.

Miss Anne is the longest-serving bus driver for PGCPS and has racked up around 4,000 hours’ worth of sick leave.

“I’ve always felt like – be honest, keep it simple,” she told WUSA9 her secret to career longevity.

However, thing have not always been simple and easy for Miss Anne.

She started driving buses to provide for her family.

“My father passed before I started driving the school bus,” Miss Anne recalled. “I was an only child. So, it was up to me to look out after my mother.”

In addition to taking care of her mother, Miss Anne was also raising children.

Driving buses allowed her to keep a closer eye on her young scholars while earning a living.

WUSA9 asked if Miss Anne believed her late father would have been proud of how she stepped up to provide for her family.

Miss Anne was not immediately aware of the impact she would have on other families.

She has driven several generations of children and their parents to school in Prince George’s County.

“I saw the mother out,” Miss Anne recalled a fond memory. “So, I pulled over a little bit. She comes up to the bus and said ‘we have your picture on the refrigerator. I wondered if we’d ever see you again.’

The though of being remembered made Miss Anne emotional to talk about.

The moment meant a lot to her.

“To be remembered in such a way because we’re not the most liked people. ‘You’re just a bus driver. I pay your salary,’ Miss Anne said. “It has been said to my face.”

The veteran driver told WUSA9 the positives experiences outweigh any challenges she has faced over her 48-years career.

Miss Anne hopes to help facilitate those positive experiences for as long as possible.