"This is the largest disaster we’ve seen, and it is affecting so many people over such a wide area," said Mercy Chefs CEO Gary LeBlanc. 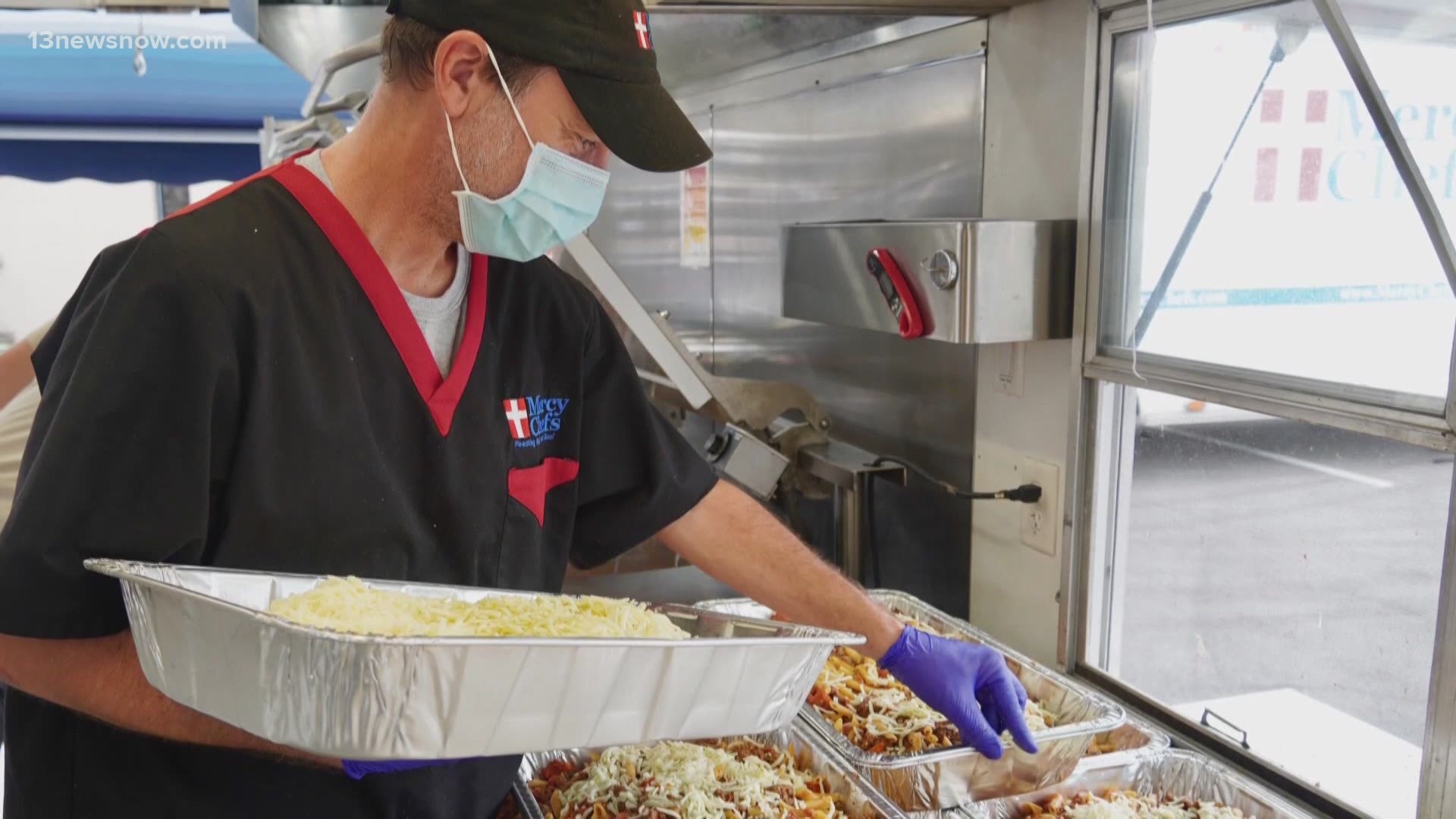 PORTSMOUTH, Va. — Through the start of 2021, the Portsmouth-based Mercy Chefs have been up against a level of need they’ve never seen before.

On Wednesday, the CEO of the nonprofit, Chef Gary LeBlanc, said they’ve received 20 requests for help between Dallas, Texas, and Oklahoma since Tuesday night -- and the messages keep pouring in.

The faith-based disaster relief organization is trying to keep up with those requests for help.

One of LeBlanc's teams was headed to Dallas to help people through the brutal winter storm. They were hoping provide clean water and hot meals at warming stations throughout Dallas and Fort Worth.

“This snow storm and ice storm has caught us and everybody in America a little bit by surprise,” said LeBlanc. “This is the largest disaster we’ve seen, and it is affecting so many people over such a wide area. Mercy Chefs has never seen anything quite this big.”

Beyond Dallas, the group was also helping people in Oklahoma and Arkansas (which were also hit by the winter storm).

Another team was in North Carolina, helping people recover from a deadly tornado.

Additionally, they continued feeding seniors and hospital workers throughout Hampton Roads amid the pandemic.

As the Mercy Chefs team headed to Dallas on Wednesday, they were up against tremendous challenges.

“This damage, with the water being out, power being out, roads closed down, gas shortages, grocery shortages, bottled water shortages,” said LeBlanc. “It’s like we get dropped off on the moon with a water source. We just have to make it work and bring in everything we need.”

LeBlanc said they would have to use their water purification units to provide people with clean water and run their mobile kitchens.

Also on Wednesday, LeBlanc started moving a mobile kitchen. They were set to deploy a second kitchen Thursday, and possibly a third, if they could accommodate transportation for staff.

“This last year has been just breathtaking in the need that we’ve seen,” said LeBlanc. “Mercy Chefs can only go if someone sends us. So, we will keep going as long as we have the resources to go.”

LeBlanc was ready to deploy teams to even more locations if needed.