Elizabeth Baker, 14, was last seen getting off a school bus Thursday afternoon but was safely located later in the day. 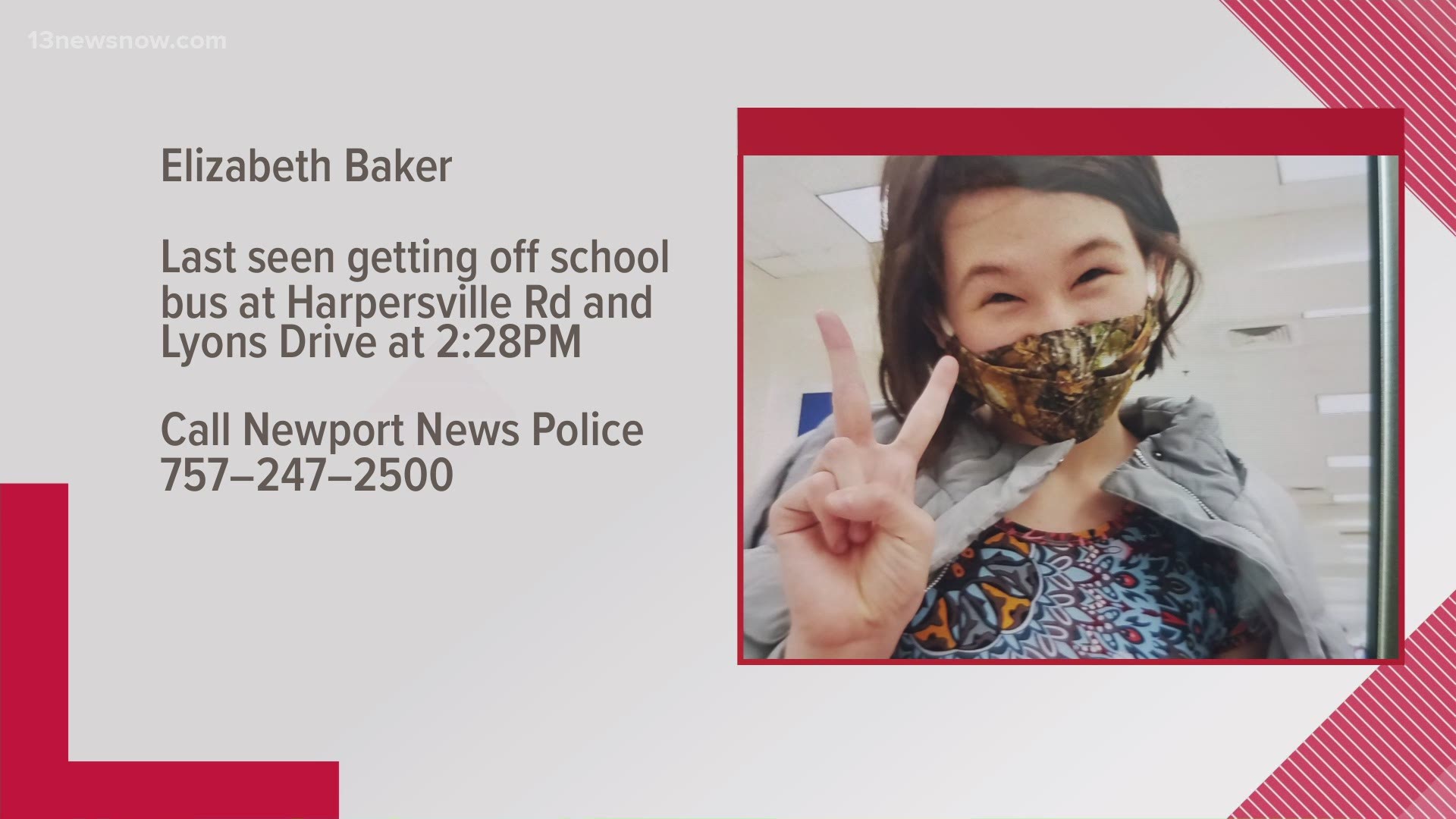 Police say 14-year-old Elizabeth Baker was last spotted getting off the bus at Harpersville Road and Lyon Drive around 2:30 p.m. Thursday. That's off Hampton Roads Center Parkway near Jefferson Avenue.

Just before 6 p.m., they posted an update saying that Baker had been found and that she is safe.