UPDATE: Missing Franklin teen might be in Ocean View, Norfolk

17-year-old Brisa Cortes-Balenica was last seen in the 200 block of Homestead Road around 8:40 p.m. Tuesday, March 30. Now, police think she could be in Norfolk. 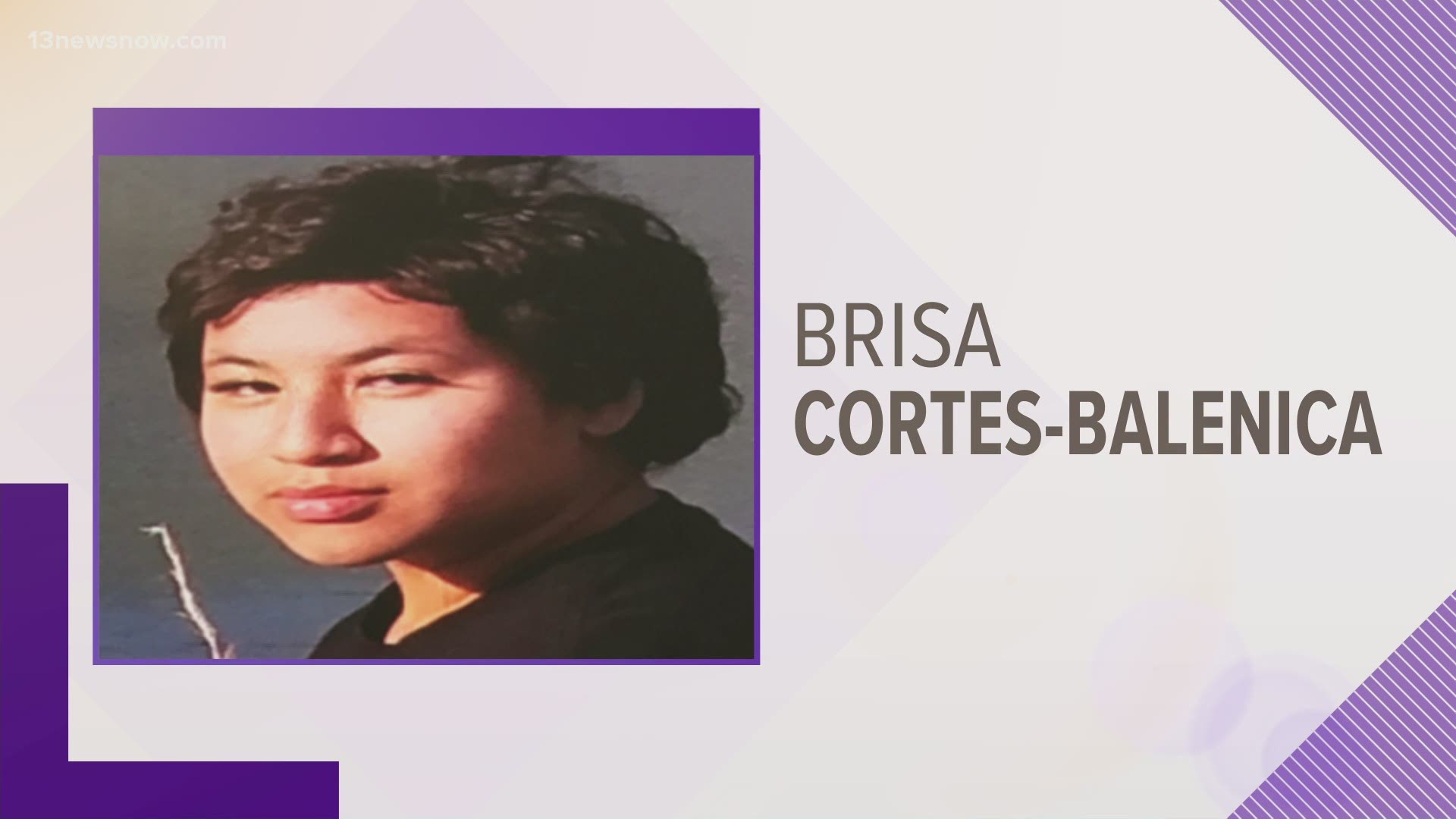 FRANKLIN, Va. — Police in Franklin are asking for the public's help to find a missing teenager.

Seventeen-year-old Brisa Cortes-Balenica was last seen in the 200 block of Homestead Road around 8:40 p.m. Tuesday, March 30.

On April 2, police asked people in Norfolk to look out for the girl.

"Information received indicates Ms. Cortes-Balenica may be in the Oceanview area of Norfolk," Franklin Police wrote.

Brisa is described as being 5'4" tall and weighing about 130 pounds.

If you know where Brisa Cortes-Balenica is or have any information on her possible whereabouts, you're asked to call the Franklin Police Department at 757-562-8575.