Police out in full force during holiday weekend

The traffic stop is called 'Border to Border' and is part of Checkpoint Strikeforce, a statewide initiative that focuses on traffic safety. 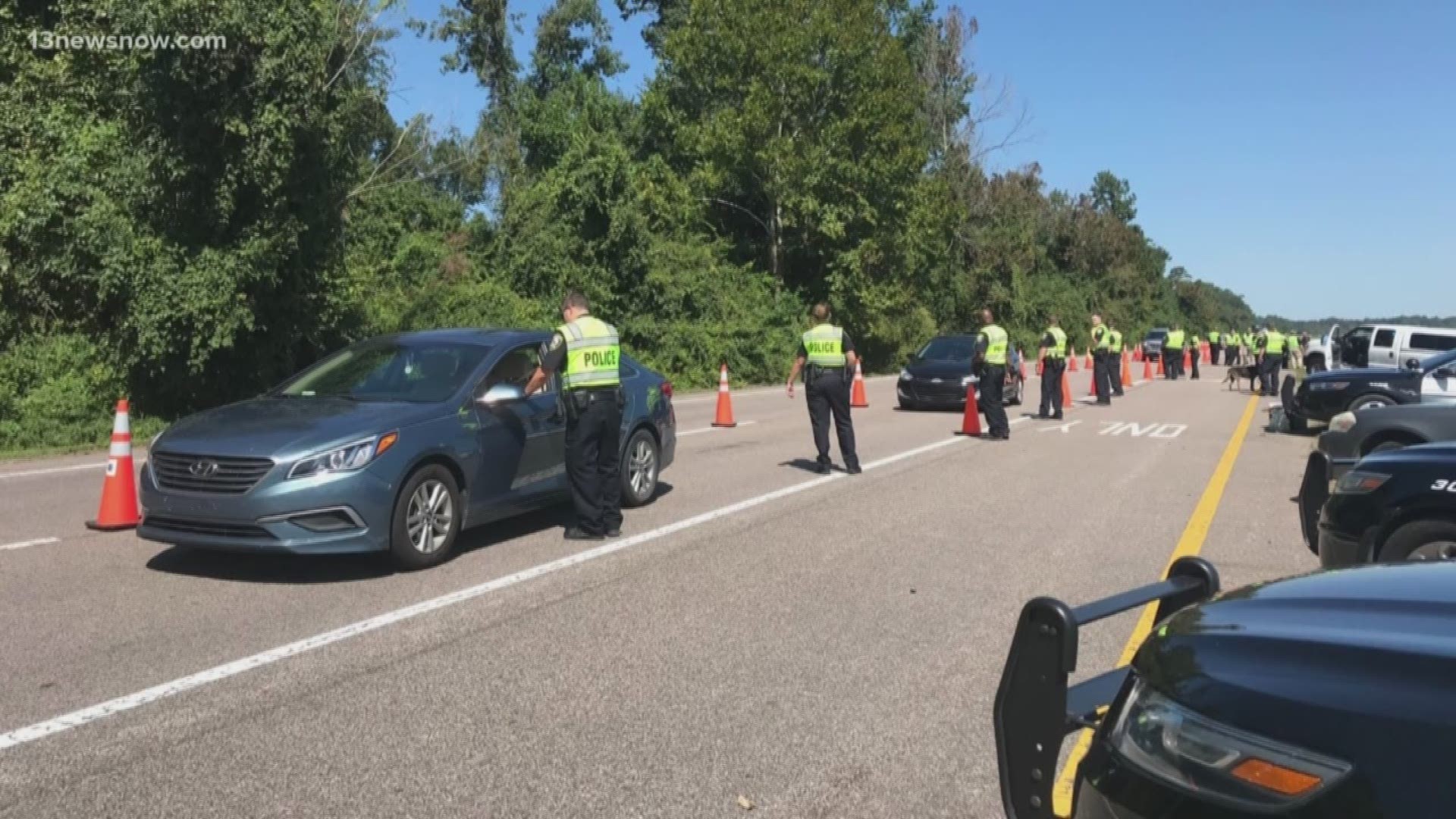 The traffic stop is called "Border to Border" and is part of Checkpoint Strikeforce, a statewide initiative that focuses on traffic safety.

“We pull over cars at random and just do general safety checks: make sure licenses are OK, making sure no one is under the influence of anything they're not supposed to be,” said Chesapeake Police Officer Leo Kosinski. “Making sure vehicles are being safely operated.”

Driver Ruth Morrison was stopped by police but said she didn’t mind.

“I knew that when I saw the checkpoint like, ‘Ok, grab everything, get it out.’ But it went smoother than I thought, so that was good,” said Morrison.

Police officers said they encountered multiple drivers with suspended licenses and caught one person in possession of marijuana.

“I think it's a good idea,” said driver Eugene Nichols. "There's people out here that might have problems with alcohol, drugs and who knows what. And what they're doing is protecting the rest of us that are doing fine."

Morrison said she encountered minimal traffic but wishes this checkpoint was more organized.

“Further back they're pulling trucks to check trucks and that was a little chaotic, we didn't know the route we were supposed to proceed through,” said Morrison.

“Checkpoint Strikeforce is just an annual thing that they do to kind of highlight safety towards the end of the summer as the tourist season is winding down and going into the back to school season,” said Kosinski.