The school superintendent asked for stop-arm cameras, which will take a picture of a license plate if a driver illegally passes a school bus. 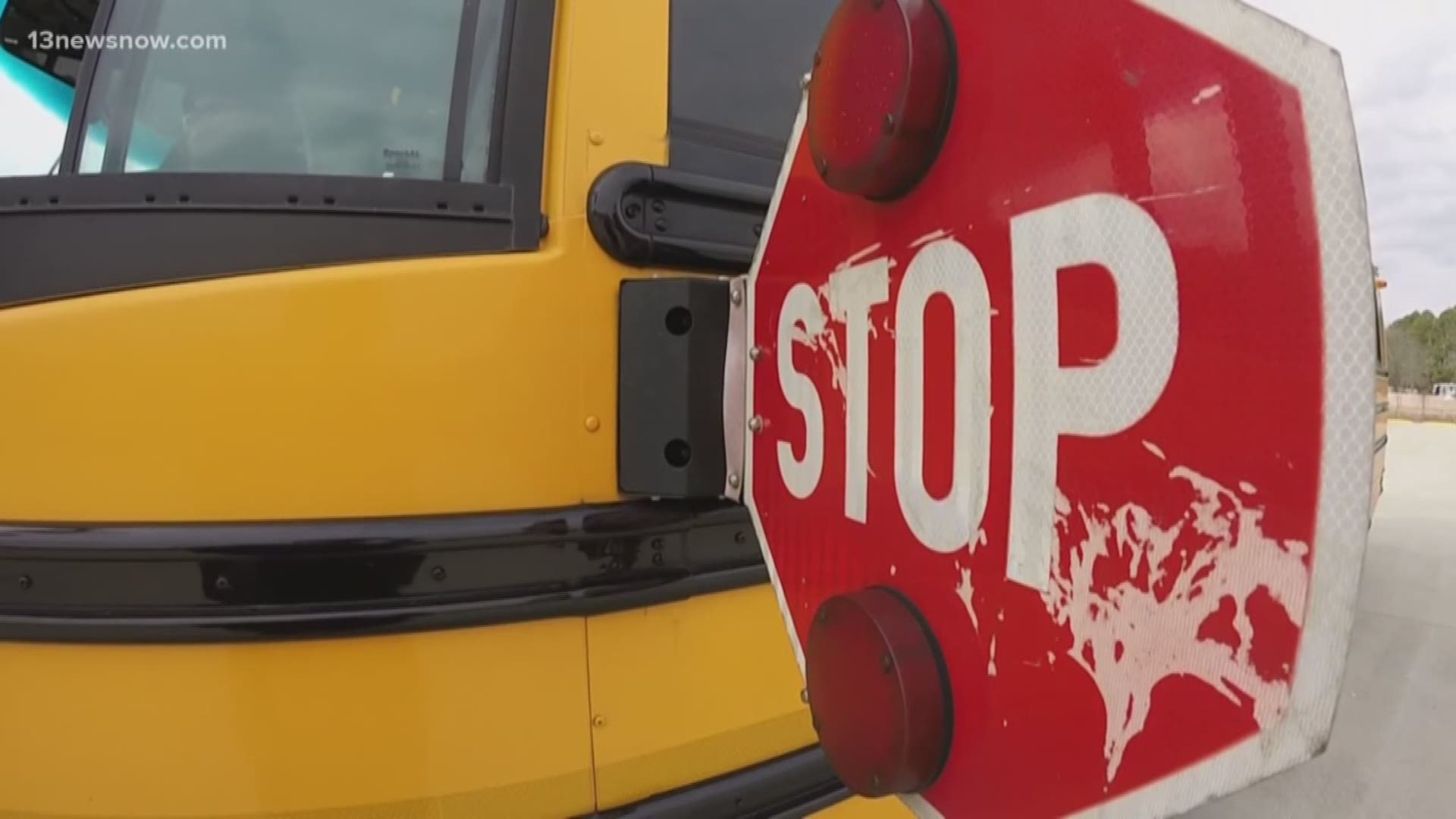 Chesapeake Schools Superintendent Dr. Jared Cotton filed the letter of request, asking for stop-arm cameras, which will take a picture of a license plate if a driver illegally passes a school bus.

“Really what we’ve determined is one is too many,” said Cotton. “So we want to make sure that all of our drivers are aware and we’re ensuring the safety of our students.”

In Virginia, it is illegal to pass a school bus on both sides of the road without a median, if a bus stop arm is extended and lights are flashing. Drivers failing to stop will receive a $250 ticket made payable to the school district.

“The last thing you want is to see your kid on a video being run over by a car because it just decided to go around the bus and didn’t stop,” said Kenya Lamb.

Cotton said he hopes the cameras will bring awareness to drivers who might not know the law.

“I’ve seen cars pass the stop signs and I think it’s dangerous and we need cameras so people can be caught,” said parent Stacey Treat.

The school district has not given details as to when it wants to begin the roll-out phase.