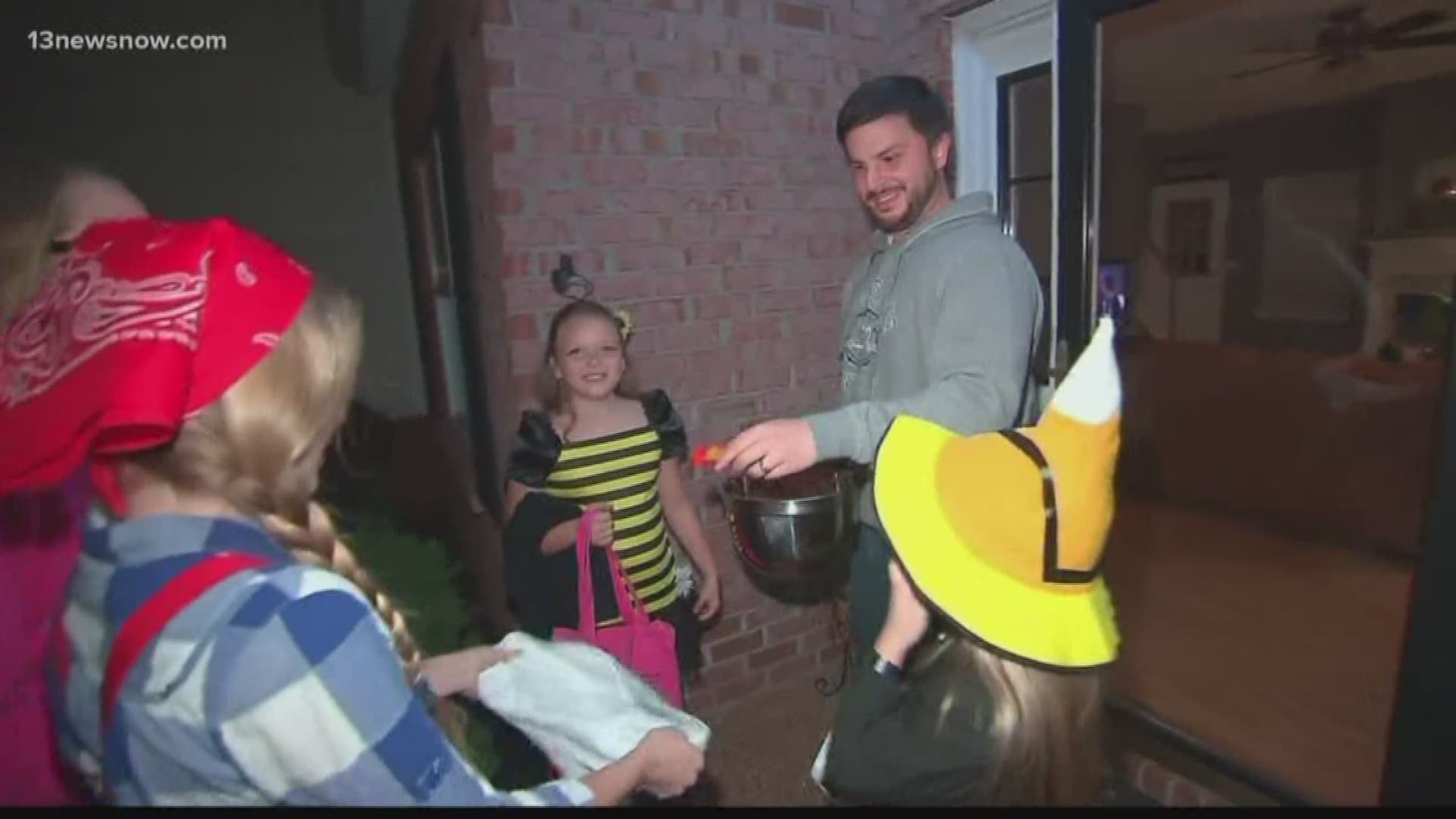 Council members discussed an amendment Tuesday that would get rid of that possibility. The amendment also would change monetary fines and outwardly would allow a parent, guardian, or another adult to accompany a child who is 12 years old or younger.

“The idea that we would put teenagers that age in jail was just a horrible thought, obviously, and it angered a lot of people," said Mayor Rick West.

The ordinance caught the attention of the national media as well as talk show host Jimmy Kimmel who pretended to interview a Chesapeake police sergeant on his show back in October, making fun of the ordinance.

“It was embarrassing and something that we certainly weren’t doing and it seemed somewhat unfair," said West, who was adamant that the police have never thrown a teen in jail for trick or treating.

The council was in agreement that going to jail needed to be dropped from the ordinance, but they wanted another month to figure out at what age should a child be considered too old to trick or treat.

The city wants to have an official age in the books just in case there is an incident, but they have no intention of enforcing that law on a regular basis.

“Realistically the only purpose of this ordinance is to give our police force the ability, if someone is creating mischief on Halloween, to do something about it,” said Heath Covey, with the city.

The amendment which would change the policy would impose a fine of as much as $250 on trick-or-treaters who are older than 12 or who violate the 8 p.m. curfew.

The amendment would bring Chesapeake's policy for Halloween in line with ordinances in other Hampton Roads cities.