"She had her car vandalized. Somebody wrote, 'Go back to China.'" 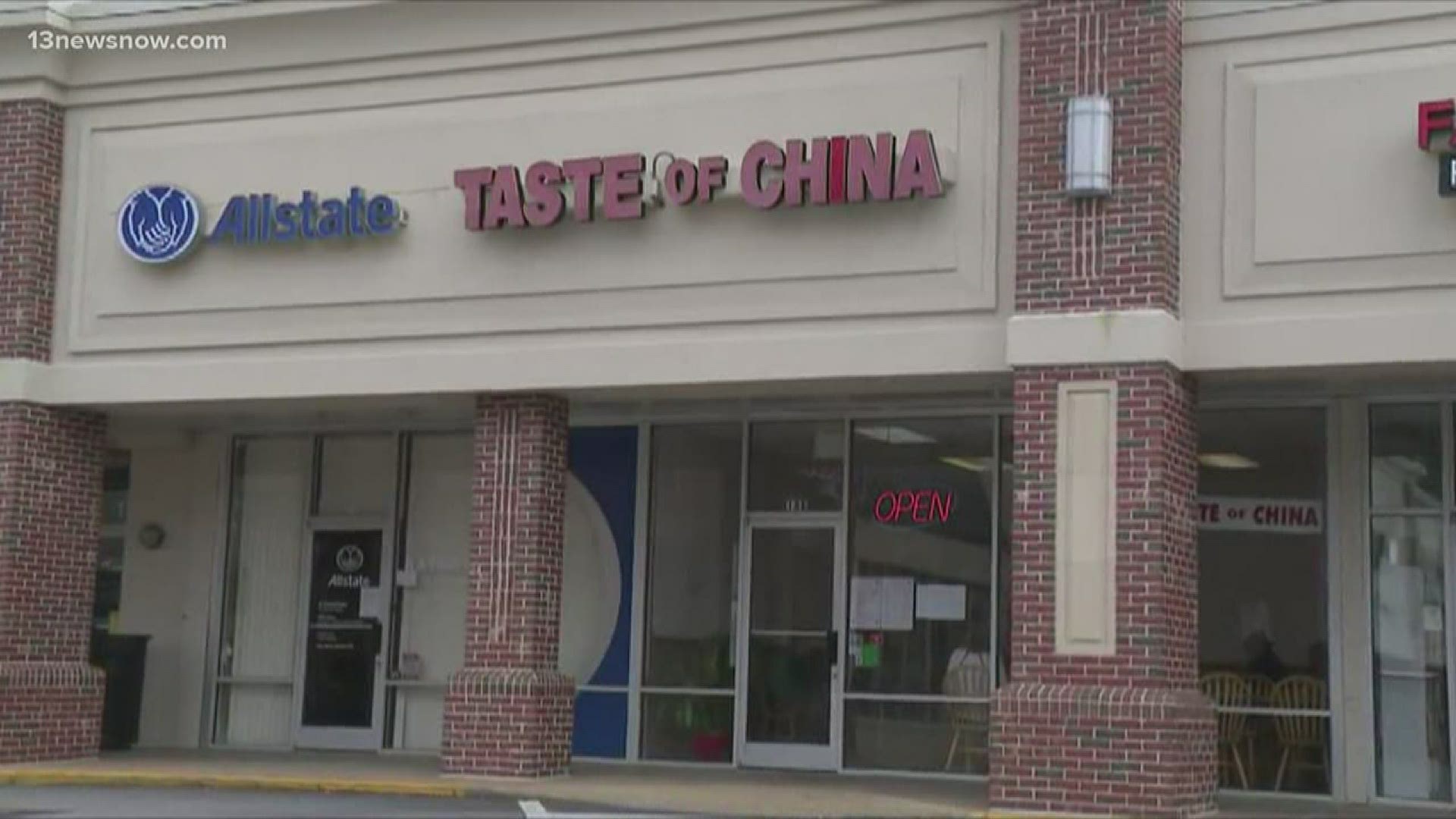 CHESAPEAKE, Va. — Neighbors in Chesapeake stepped up on Monday, after a hateful act against one of the owners of a Chinese food restaurant.

Taste of China’s phone rang off the hook for hours and takeout orders flew out the door.

“They can’t even answer the phone,” said customer Chad Riggs. “The two of them are working back there as hard as they can.”

Owners of the Chesapeake restaurant Linda and Michael were overwhelmed by business.

“Everybody in Great Bridge knows Linda and loves her,” said longtime customer Barbara Sgueglia. “Just so grateful for all they do for the community.”

The crowds of support were in response to mistreatment the owners were facing.

“She had her car vandalized,” Sgueglia said. “Somebody wrote, ‘Go back to China.’”

Sgueglia said she’s known the owners for years. She broke down when Linda shared recent experiences.

“The most horrific of all was Saturday, someone opened the door and threw what she called dirty water at them,” Sgueglia said.

“She had no idea we were doing this,” Sguwglia said. “I went in at opening to warn her and she was like, 'Bah!' The phones are ringing and there were people lined up.”

That love carried on all day long.

“I’ve never been here,” said customer Sheri Thomas. “I had to use Siri on my phone to find it. I had to get out here.”

Customers tried their best to show Linda and Michael what they mean to the community.

“Great service, great food,” said customer Jake Wood. “Nobody should be talking bad about them. They are just trying to survive right now.”

Linda told 13News Now that their support meant the world.

The restaurant completely sold out of food by 5:30, according to Sgueglia. She said they are a small team and can’t handle crowds, but hopes the community will spread out orders throughout the week.