Everyone was able to escape the home, although a woman was treated at the scene for minor injuries. 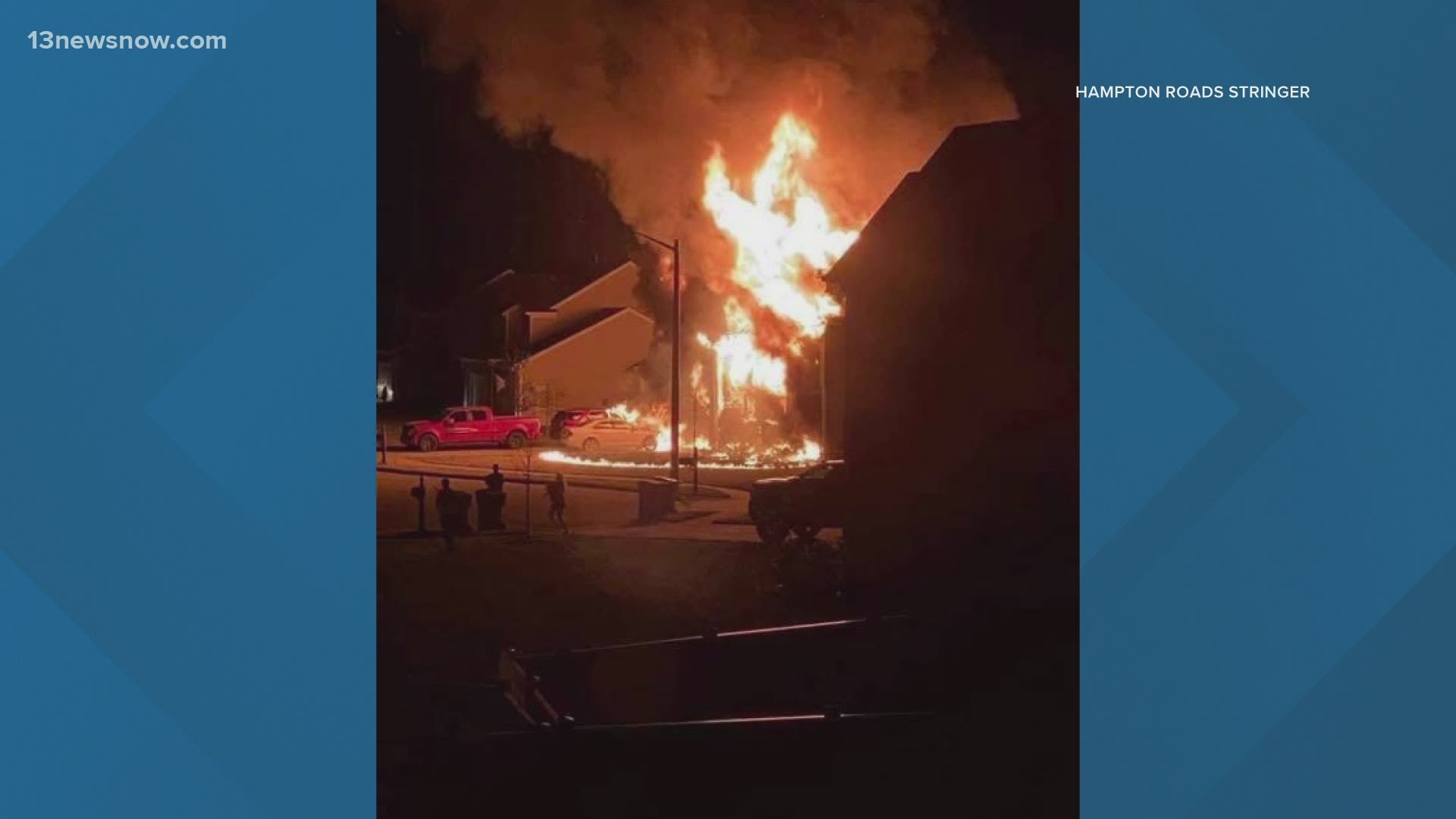 CHESAPEAKE, Va. — A two-story home in Chesapeake was destroyed Tuesday night, but fortunately, the occupants were able to get out of the burning building.

The Chesapeake Fire Department said crews were called to the 3600 block of Daniel Way around 9:21 p.m. Engine 8 arrived minutes later to report heavy fire coming from the home, and crews from four other stations were quickly brought in to gain control of the blaze and prevent it from spreading to neighboring homes.

The fire was brought under control at 9:49 p.m.

Officials said everyone inside did get out, but one woman was treated at the scene for minor injuries. She was not taken to the hospital.

The cause of the fire remains under investigation.