Boy dies, days after boats hit each other on Elizabeth River

The 8-year-old boy was taken to CHKD after a skiff and a tug boat crashed into each other near the Jordan Bridge. One man was hurt and another man died at the scene. 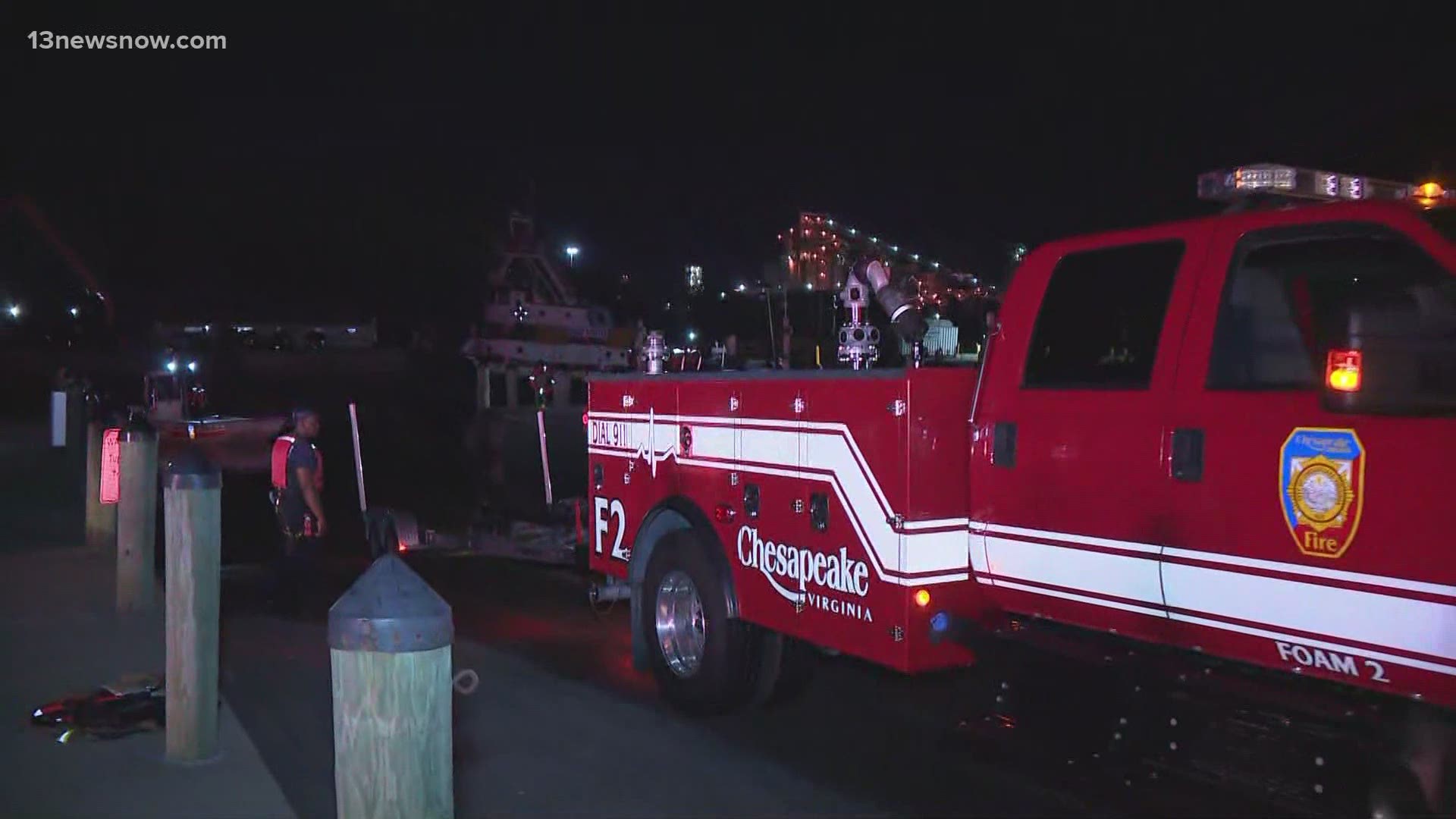 CHESAPEAKE, Va. — An 8-year-old boy has died, days after he was seriously injured when two boats hit each other on the Elizabeth River, Virginia Marine Police say.

Col. Matthew Rogers said the boy died early Friday morning. His name has not been released.

According to Virginia Marine Police, a 59-foot tug boat and a 19-foot Carolina Skiff hit each other around 9:15 p.m. Wednesday near the South Norfolk Jordan Bridge in Chesapeake.

Authorities say 36-year-old David Myatt was pronounced dead at the scene. Another man, Matthew Tillman, 37, suffered minor injuries while the boy was rushed to CHKD in serious condition. All three had been aboard the skiff at the time of the accident.

The cause of the accident remains under investigation.