The pedestrian was injured, but police have not said how serious those injuries were. Part of George Washington Highway was closed while police investigate. 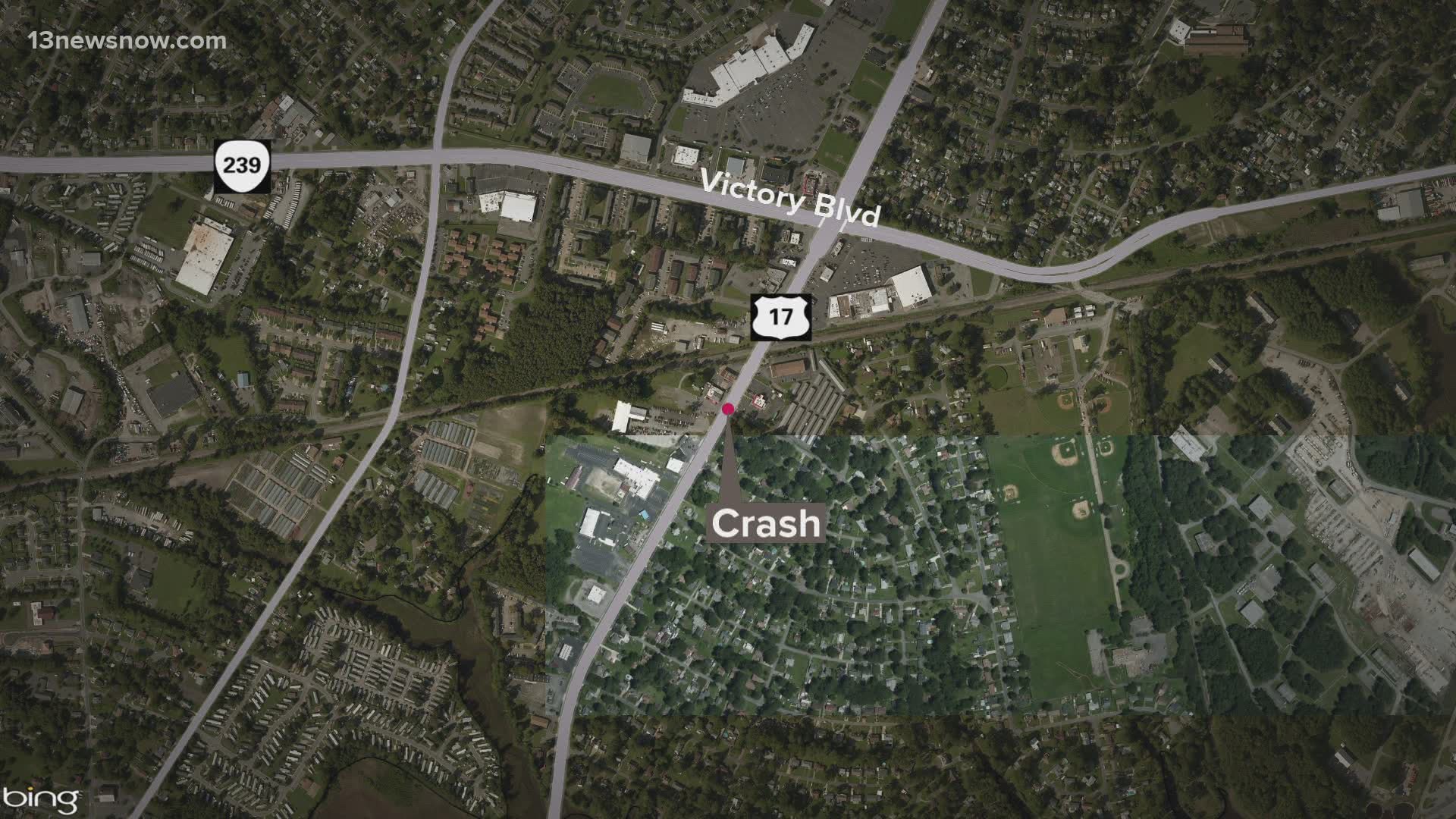 Officers said that shortly before 9:30 p.m. Wednesday, they were called to the area of George Washington Highway and Battery Park Road.

The pedestrian was injured, but police have not said how serious those injuries were.  They said the driver stayed at the scene.

As of 10:30 p.m., that area of George Washington Highway North is closed while the Chesapeake Police Crash Reconstruction Team investigates.