Officers said someone saw the body of Jamile Hill floating in water alongside Great Bridge Boulevard. Hill had been reported missing from the Greenbrier area. 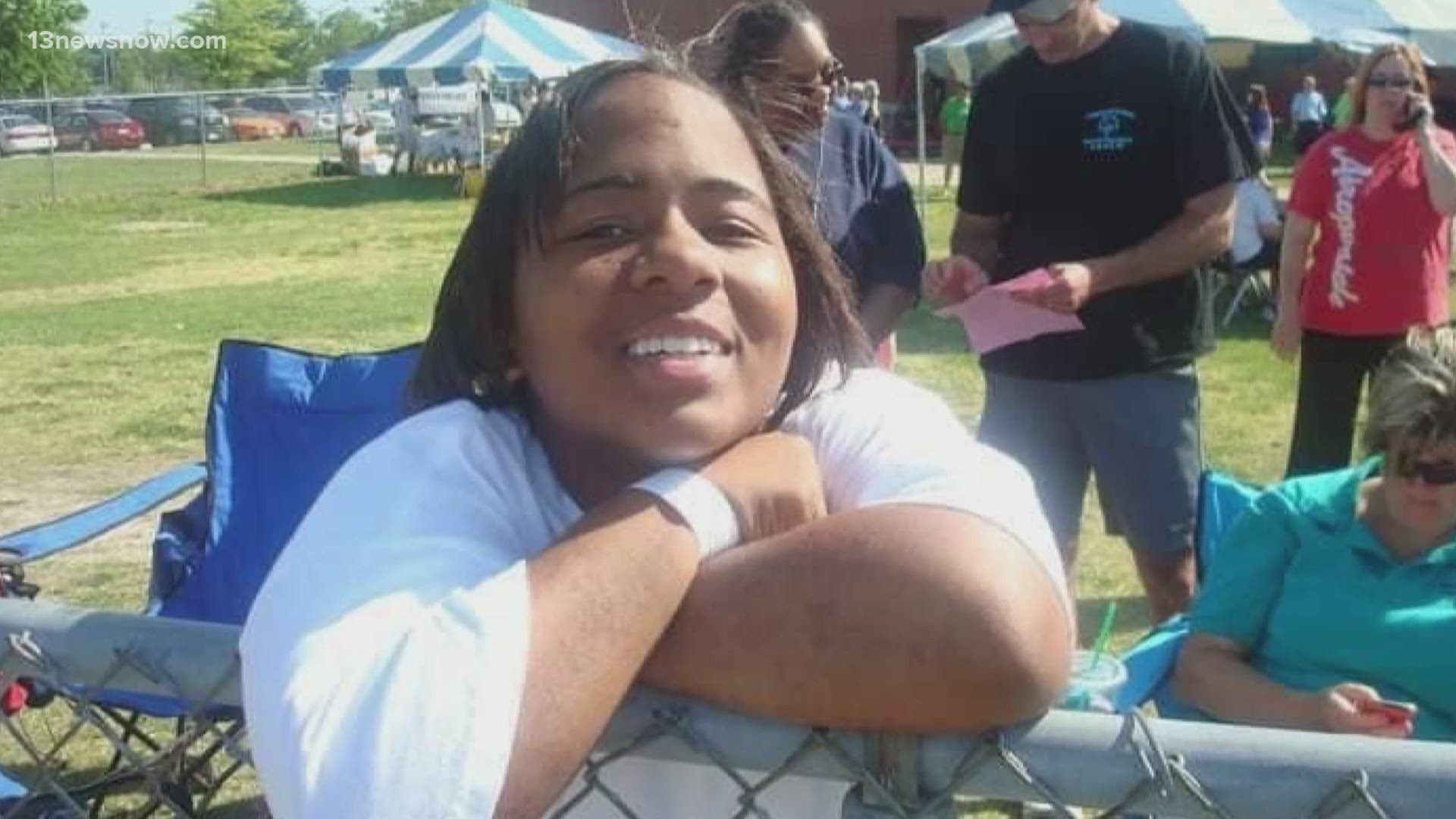 CHESAPEAKE, Va. — Chesapeake police said they recovered the body of a missing autistic woman on Monday.

The last time anyone saw Jamile Johnay Hill was around 8 p.m. Saturday on Grant Street in the Greenbrier section of the city. In addition to being autistic, Hill also had bipolar disorder.

Police said someone saw Hill's body floating in water alongside the roadway in the 4500 block of Bainbridge Blvd. shortly before 8:40 a.m. Monday.

"The traffic was backed up and I saw a lot of flashing lights down there," explained Beth Johnson, who owns a company on Bainbridge Boulevard. She said she saw the  Chesapeake Police Under Water Search and Recovery Team gear up to help recover Hill’s body.

“It made me sick to my stomach because I saw the alert yesterday and that was a thought that came through after I got to work, but you always hope it’s nobody but kind of hope it's not something like that,” Johnson explained.

Hill’s Special Olympics coach said Hill was extremely involved. She had an associate's degree from Tidewater Community College, worked at the YMCA, and played basketball, ice and speed skating, and track and field with the Special Olympics.

Hill’s coach wants her to be remembered as a fun, loving, and caring person who always wanted to make people smile.

Johnson said, “Extremely, it’s very heartbreaking. It’s extremely sad, especially when you have children and I can’t imagine what these people are going through right now.”