Half of the new cameras on the school buses are used to catch people running the school bus stop sign. With this new system, people could face a $250 fine 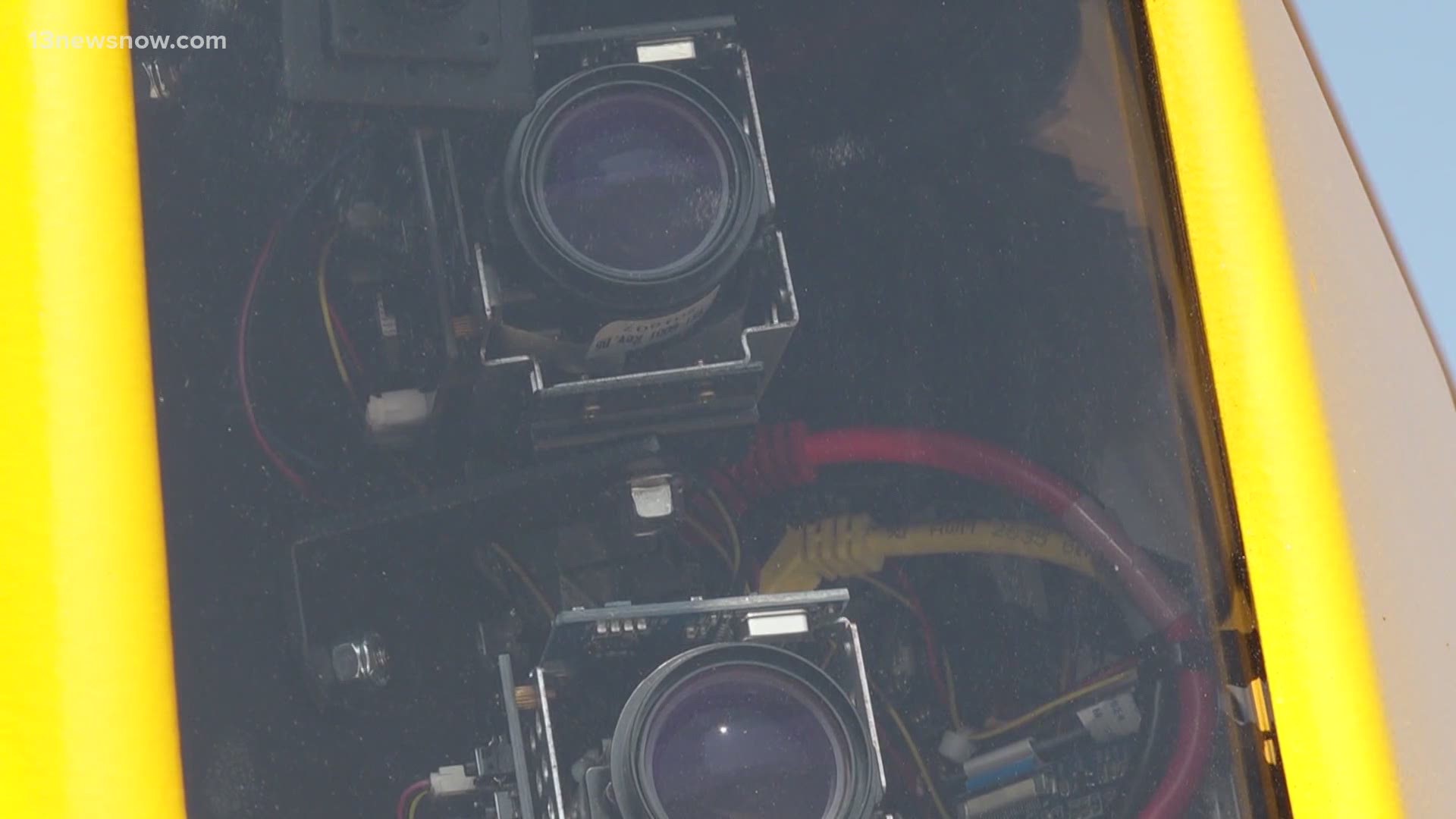 CHESAPEAKE, Va. — Some Chesapeake students are slowly returning to in-person learning and that means more school buses on the road. Now all 583 school buses in Chesapeake have new safety cameras.

Dr. David Benson, the Director of Transportation, said that until now, each bus only had three cameras. Now there are 14 on each bus, both inside and outside.

“We’re extremely excited to have these on our buses,” said Benson.

With a new system and cameras, school transportation employees can access a livestream around and inside the bus.

Benson said, "We have five [cameras] instead of three inside the bus."

Seven more are right on the side of the bus, by its stop sign. They’re the ones you’ll want to know about, and they’re called the "stop light cameras."

Those seven are meant to catch people who illegally drive past the school bus stop sign as students get on and off, and you could face a $250 fine for it.

“That is significantly different than a regular red light camera,” said Benson.

If you get caught running the stop sign, cameras will send the footage to Chesapeake Police. You can dispute the citation in court, but you might want to think about the evidence now caught on camera.

“If this program prevents one child from being hit by a car and injured, in my mind it is well worth the effort,” said Benson.

Benson said Bus Patrol paid for the equipment up-front. He said, “There was no charge to the community. No charge to the school division. It's 100 percent citation driven,” said Benson.

All buses have the equipment now and will start reporting citations on October 1.