Gloria Brinkley, a bus driver for Chesapeake Public Schools, acted quickly. She threw her stop sign open and stopped cars from hitting a kid who crossing the street. 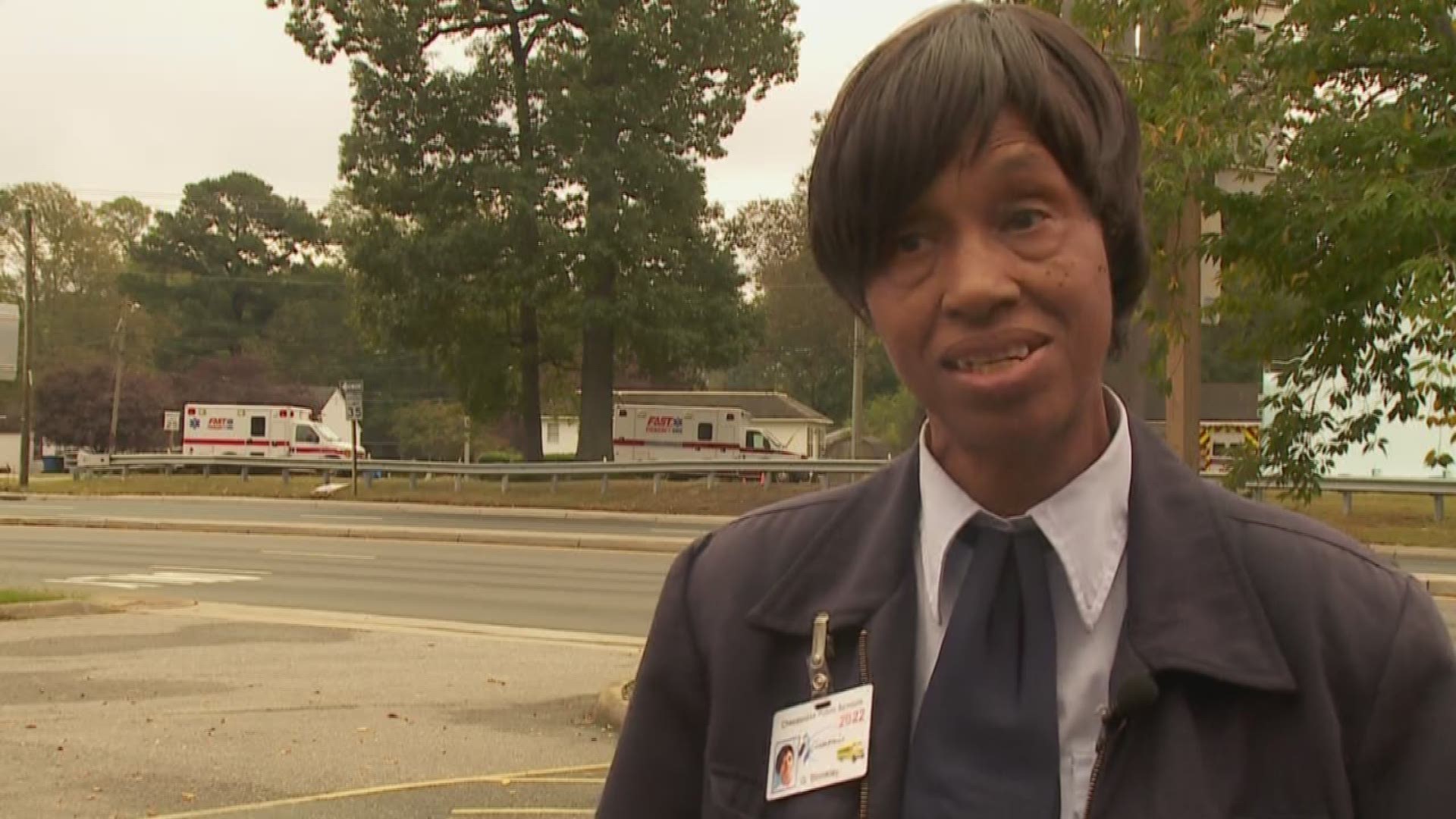 CHESAPEAKE, Va. — School buses have stop signs for a reason. They protect kids who are getting on and off the bus. They also come in handy in case of emergencies, like last Tuesday.

That’s when a detective for the Chesapeake Police Department drove down Kempsville Road toward Battlefield Boulevard when a public school bus alongside him suddenly flung its stop sign open.

“I was just another citizen on the road,” Detective Bradley Baker said, who was behind the wheel of an unmarked police car.

At the time, little did he realize the school bus driver stopped him from hitting a kid who ran across the street.

“I said, 'Oh no! He’s going to call me in because he probably thought I let this kid off in the middle of the street,'” said Brinkley.

She said that the teenager wasn’t from her bus, and was a kid she didn’t know.

Brinkley said, “I honked my horn, and did everything, but she kept looking and kept coming. And I thought, 'Let me just stop this traffic and pulled my red light.'”

Detective Baker called the transportation division to compliment Brinkley for her quick thinking.

“Just thank her very much for her quick thinking and good actions to ensure the safety of the people that aren’t even in her charge,” said Baker.

On Monday he got to thank her in person when they came to see us for an interview.

“I’m glad that you put that out. I think that stopped a lot of potential accidents from happening down the road,” said Baker to Brinkley.

“And when we see them in a dangerous situation, we try to do what we do best to try to protect them,” she said.

RELATED: Meet the 79-year-old school bus driver. She is approaching 5 decades behind the wheel