Chesapeake streets closed due to flooding

Car after car, drivers were slowing down and assessing the situation in Chesapeake, whether or not to take the plunge. 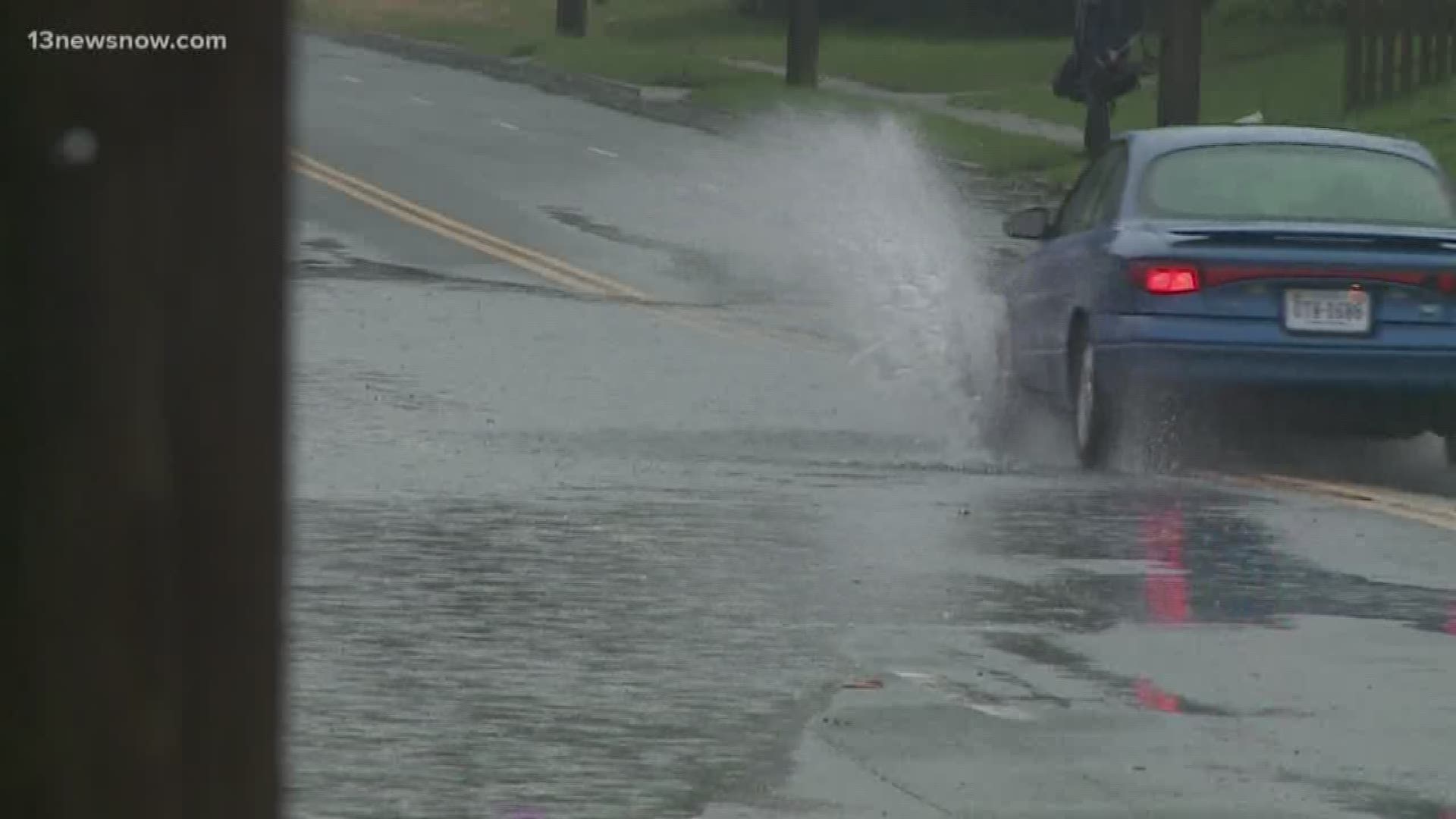 CHESAPEAKE, Va. — Car after car, drivers were slowing down and assessing the situation in Chesapeake, whether or not to take the plunge.

“I pulled over because I’m debating on whether I want to go through this standing water,” said Denise Rix.

Rix compared the drive home to an obstacle course, weaving in and out of danger.

“If you go into the puddle you can have the water flood up into your car and I don’t want to be stuck and just kind of floating off there,” said Rix.

Parts of Bainbridge Boulevard had to be shut down, as water rose two feet in the Triple Decker Bridge Tunnel. City workers were standing guard making sure no drivers attempted something dangerous or stupid. While traffic on South Military Highway was backed up for miles.

“I was at the same light maybe like five different times just sitting there because everyone was going really slow,” said Rix.

Melissa Brice said she doesn’t have the time or money to take chances but she also has things to do and places to go.

“I’m going out of town tomorrow. I don’t want my car to get stuck in the water,” said Brice.

While other residents said it’s best to ditch the car all together during days like this.