Chesapeake City Council will decide if they want to move forward with proposed condominiums in the Holly Cove community. 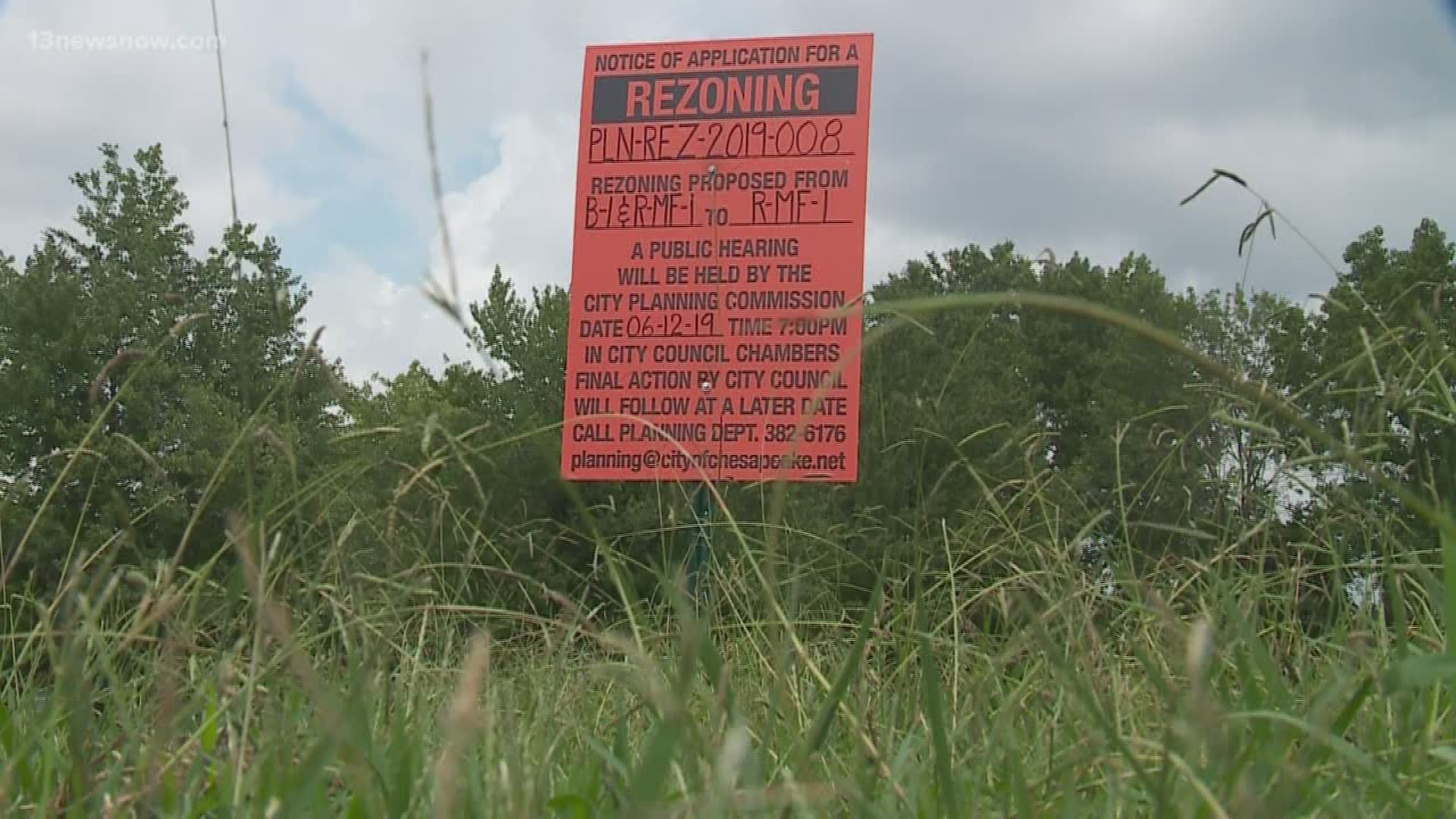 Chesapeake City Council will decide on Tuesday if they want to move forward with proposed condominiums in the Holly Cove community.

Private developer Holly Cove Partners LLC wants to build “the Villas at Holly Cove,” which would include a dog park and picnic area at the intersection of Airline Boulevard and Holly Cove Drive.

“I think it could help,” said Howerton. “I think anything at this point could help.”

Community activist Stephen Cherry said it would be more advantageous if the city turned the space into a recreational area.

“The ideal situation would be having a multi-purpose center built in this big ‘ole field right here instead of some condos or apartments and it just makes more sense to us as a community,” said Cherry.

Dawn Jordan, a realtor for Chantel Ray Real Estate, explained the development could benefit everyone who lives in the community in the long run.

“The homes are a little older, so any new builders or developers who elect to build out in this area, naturally they’re going to increase the values of all the properties out here,” said Jordan.

A spokesperson for the City of Chesapeake said the city did not have a comment on the condos at this point but wants to see how the Holly Cove neighborhood can be improved.